Communication Science and Medicom Udayana Welcomed a Visit from NET. Bali in the Sharing Session Forum 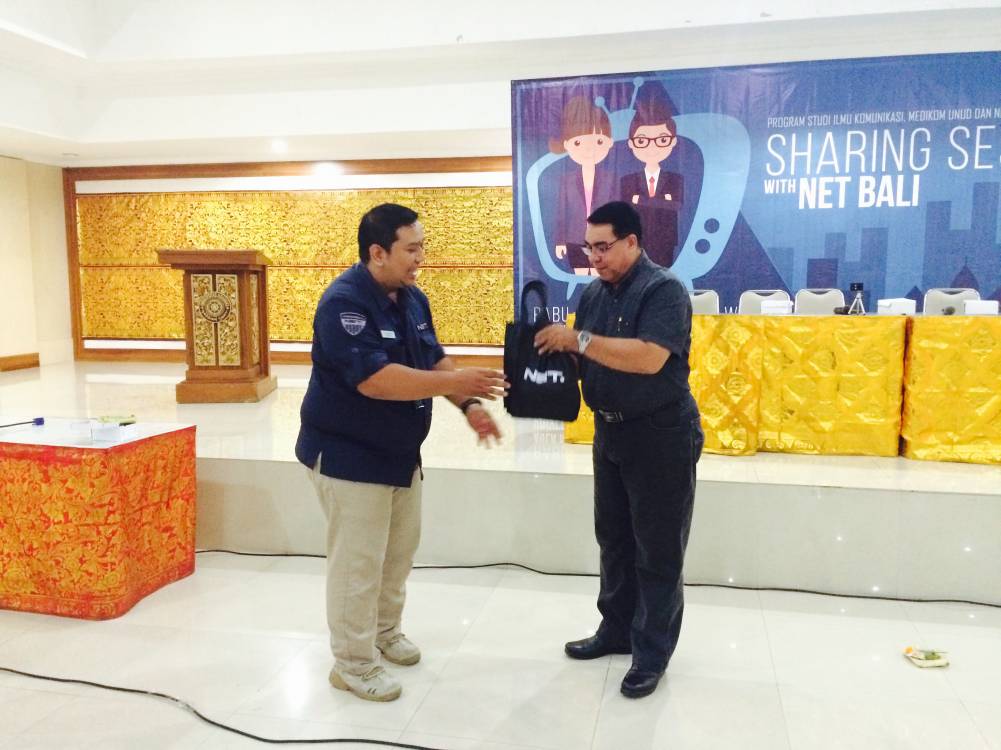 Wednesday (17/05), Udayana Communication Science together with Medikom Udayana welcomed the visit of guests from the conventional television station, NET Bali Bureau. On this occasion there held a forum packed in the form of sharing entitled "Sharing Session with NET. Bali". On this rare occasion, it became a golden step for the participants, especially the students of Communication Sciences and the members of the Udayana Medicom, which is in its realm, to dig up as much information and experience from those crew who used to work behind the channel screen of NET Tv. This activity was also in the framework of the second anniversary of Net Biro Bali, so it visits and chooses Udayana University especially Udayana Communication Studies and Medicom Udayana as the target of the visit. This opportunity reaped so much attention from the attendees. Participants presented on this occasion also reached up to more than 100 participants.

The event which was opened at 10.00 Wita by the Vice Dean III of Udayana Faculty of Social and Political Sciences (FISIP) was held at Agrokompleks Building, the 4th floor of Nusantara Room, Sudirman Campus Udayana. After the opening ceremony, the event continued with a sharing session delivered by colleagues from NET Bali Bureau which begins by greeting and exposure by the Head of Bali Bureau Net Bureau, Pak Ali. After he delivered his speech, the event continued with the exposure by the Deputy Head of Bureau (Wakabiro) Net Bali Bureau, Ibu Laily, about the process of making a news that starts from the budgeting process until the news raised in on air. Further exposure, it was filled by Rere as Net Editor Bali Bureau, he conveyed about the things faced in the editing process such as how to deal with jumped video. Then continued with the exposure of the shooting technique submitted by Bli Andi as a video journalist (vj) or Cameramen of Net Biro Bali. And at the last exposure session filled by Gita Natalia and Vera as the Presenter and Reporter from the Net Bali Bureau where in this session delivered on how to be a presenter and a good and correct reporter. They also at the same time convey tips and tips to become a good reporter, and able to overcome obstacles in the field. 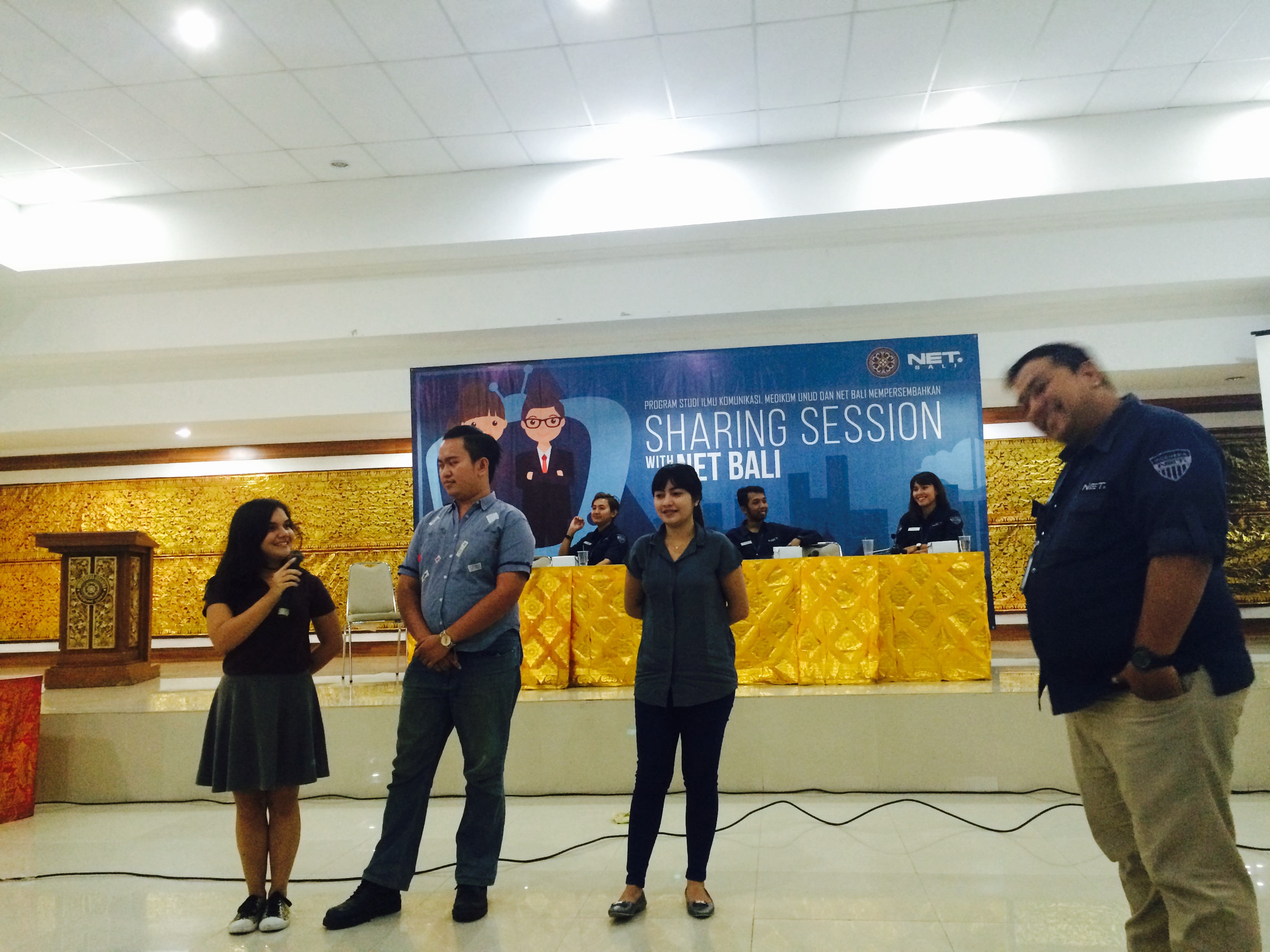 Not only a session of exposure and sharing from the Net Bureau of Bali, there was also held a question and answer activities as well as giving prizes by NET. This then reaps the high enthusiasm of the participants. There was also instagram competition activities and a live report competition session followed by 5 groups, each group consisted of two people. Where in this session, the participants who wanted to participate were challenged to conduct a live report activity on a randomly selected issue, where one member of the group plays a role as a reporter and the other member is a VJ. On this occasion, the participants saw the real activity on how briefly the process of live report conducted by the reporter as seen on television usually.

"This opportunity is really valuable, we can rarely get a chance of visit from the crew and leader in the ranks of the television station directly, and in activities that are packed in relax and fun. This makes us, the participants, not bored and certainly free to ask and dig as much information as we can. We are also invited to participate in each of his sessions which make us feel what the sensation is like how to be in the situation like them and playing behind or in front of the camera. Hopefully, in the future, we have more opportunities to feel the activity like today's activities", said Dyah when met at the end of the event. (mimi)