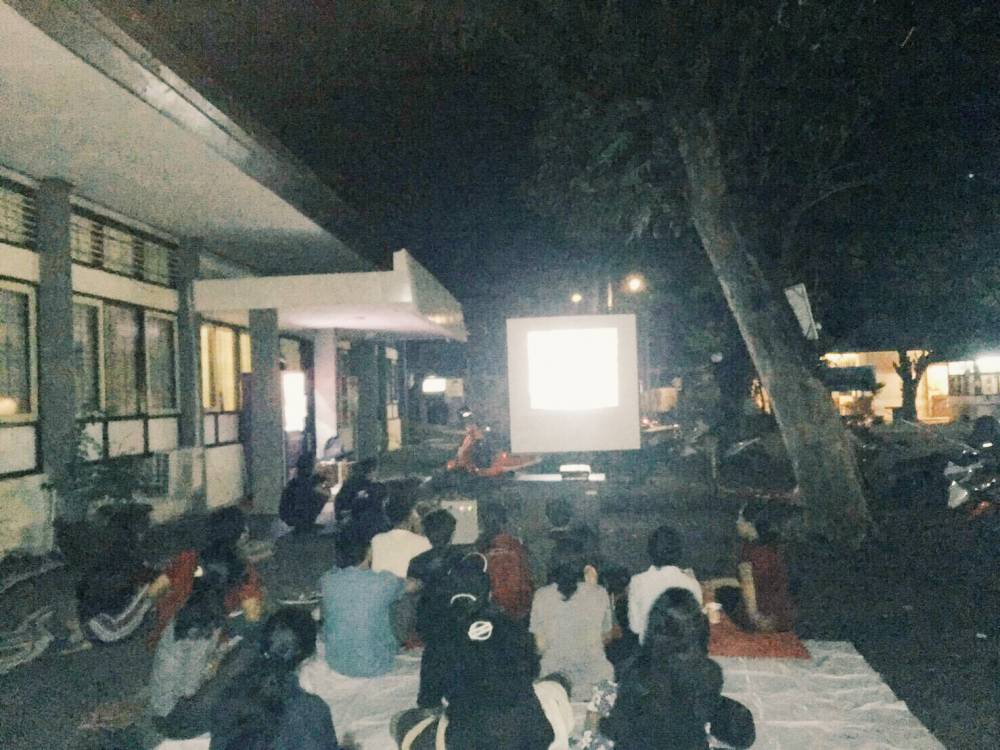 The atmosphere during the film screening event by BEM FISIP UNUD

In order to commemorate the International Labor Day, BEM FISIP Udayana held an event entitled "Teras FISIP" which is packaged in the form of film screening, and the film that was appointed in this activity is "The New Rulers of The World" output in 2002 and is a documentary containing About the experience of John Pilgers as a prominent journalist who aroused his spirit to dismantle all the injustices, especially committed by the United States and its allies.The film screening activities were held on the terrace of Building B, Faculty of Social and Political Sciences (FISIP) Udayana, Sudirman Campus and held to coincide On the anniversary of international labor day that is May 1st. The event started around 19.30, which began with the opening and then proceeds with the film screening from 19.40 to 20.40.Then continued with the discussion session until 21.30. For the sustainability of the mature activities, of course the committee had done all preparations. The preparation itself was performed for approximately 1 month, the preparation included the material of what film would be appointed to watch and discussed in the discussion session and of course the equipment needed technically.

The attendees were about 28 people, not only from FISIP, but also from other faculties such as Faculty of Arts (FIB). According to the committee, to commemorate the international labor day, this event also expected students to be more critical of the surrounding environment in the context of workers. This event was important to do, considering the international labor day commemoration day. And this event also becomes important to do because in addition to increase the insight and we are also required to be more critical, especially in responding and comparing the conditions of workers in the era of the crisis of 1998 and the present era. According to the Chief of Events of this activity, the meaning contained in this event is that we are more appreciative of a worker because the real worker is a development hero where all the people who work and expect the reward can also be called as laborers. (mimi)