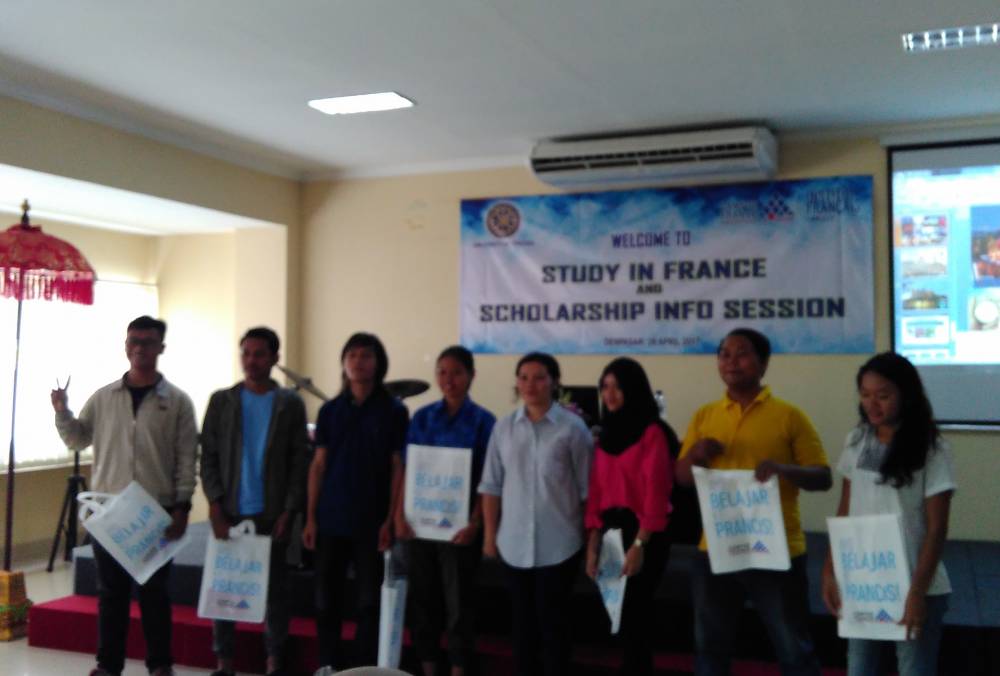 Astrini, a Speaker from Campus France, Took Photo Together with Udayana Students

Denpasar - Wednesday (26/04), Campus France is a program of Institute Francis d'Indonesia (IIFI) originating from the French Embassy in Indonesia, and it presents at Udayana University. It is to promote French higher education abroad and offer to foreign students a successful guidance while accessing higher education in France. Nowadays, Campus France in Indonesia has spread in five major cities such as Surabaya, Medan, Jakarta, Bandung, and Yogyakarta.

Campus France also regularly socializes about campus in France at various universities of Indonesia. This is the time for socializing at Udayana University. Astrini stated that the quality of the lecture in France is the cheap cost which per year only reached 2.5 million to 3.2 million rupiah; the French government also provides public facilities for students with very cheap prices 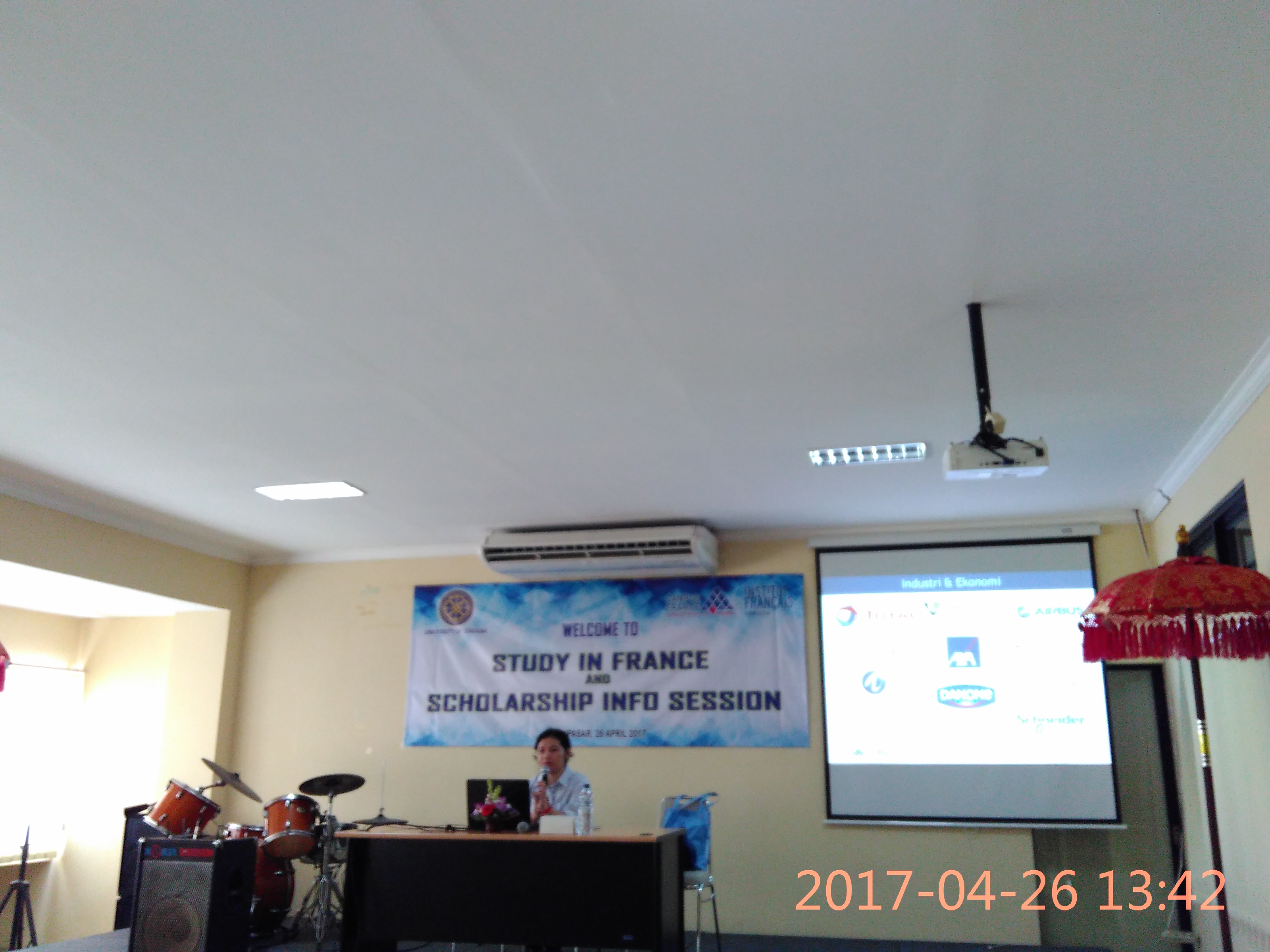 The government has provided subsidies for less than 26 years old students. According to Astrini, student cards in France are like discount cards. It is because all student activities concerned with the payment when showing student cards that will automatically get a discount. Starting from lodging, transportation, tours, and shopping in the mall, the student card can still be used to get the discount.

In addition to low cost of living there is also scholarship for S2 and S3, such as BGF scholarship, Eiffel, Scholarship of French University, GDF SUEZ and Erasmus +. Moreover, the campus in France also provides 700 courses taught in English. However, students who study in France are also required to speak French to support their career.

The socialization of lectures and scholarships abroad at Udayana University is not the first time held. Center for International Programs (CIPs) at Udayana University socialize lectures abroad once a year. Ni Putu Sri Harta Mimba, Ph.D.M.Si.SE., Ak. Ca, as the Director of the Center for International Programs (CIP) Udayana University stated, "Activities like this we do regularly, almost every year we implement it. We held it twice in the last year. We hope that with this kind of activity, there are many students who want to continue their studies abroad. And at least it can open the insight to the students to study abroad because when viewed in terms of knowledge is not much different, but with study abroad can provide better networking. Apart from Campus France, CIP is also working with Nuffic Nesso, AMINEF, USA, Australia, and British Council which we also socialize annually on campus. (manik)