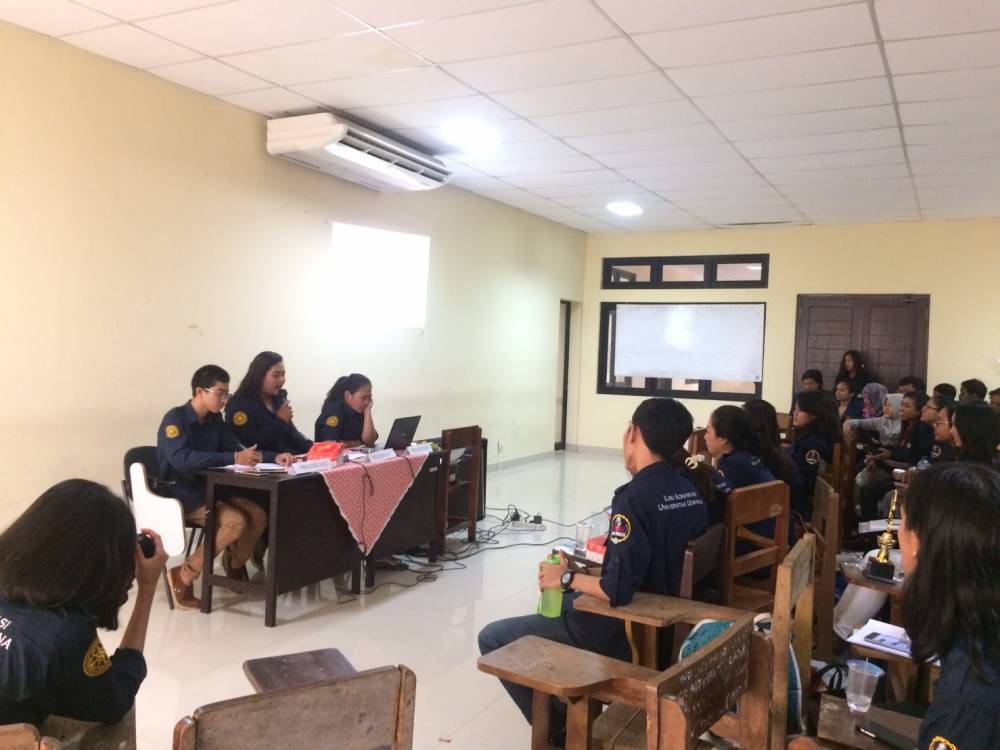 In order to take the first work program in  Community of Communication Studies (KOMIK) FISIP Udayana this community held event Musayawarah Mahasiswa (Students meeting) which aims to establish Statutes-Bylaws (AD-ART) in order to become a reference in the management of  COMICS period 2017 / 2018. The preparations are set up a room, preparing invitations, and other preparations which take a week of his time. According to Adina Fayani, as Vice Chairperson of the comics, the activity is important to be carried out to determine the rules as the basis of the functionaries in implementing the program as well as its management in future. Participants who attended in this activity were 33 people who mostly are functionaries of COMICS of UNUD period 2017/2018.

The invitees who attend were representatives of BPM, BEM, and the entire student association in the FISIP of Udayana, the representative from each generation Of Communication Studies program from 2013 to 2016, as well as some of the demission of KOMIK FISIP UNUD. The participants of this activity seem quite enthusiastic to take part in giving opinions and proposals in certify AD-ART and procedures are discussed. The activity held on March 4th, 2017 it became to be five times the plenum. The first plenum discussed the agenda of the meeting, the second discussed the rules of meeting, the third session discussed the determination of the presidium, the fourth and fifth sessions discussed about AD-ART, then it continued with the discussion of LPJ 2016/2017 and closed with a brief presentation of work programs management 2017/2018. (sobhita)