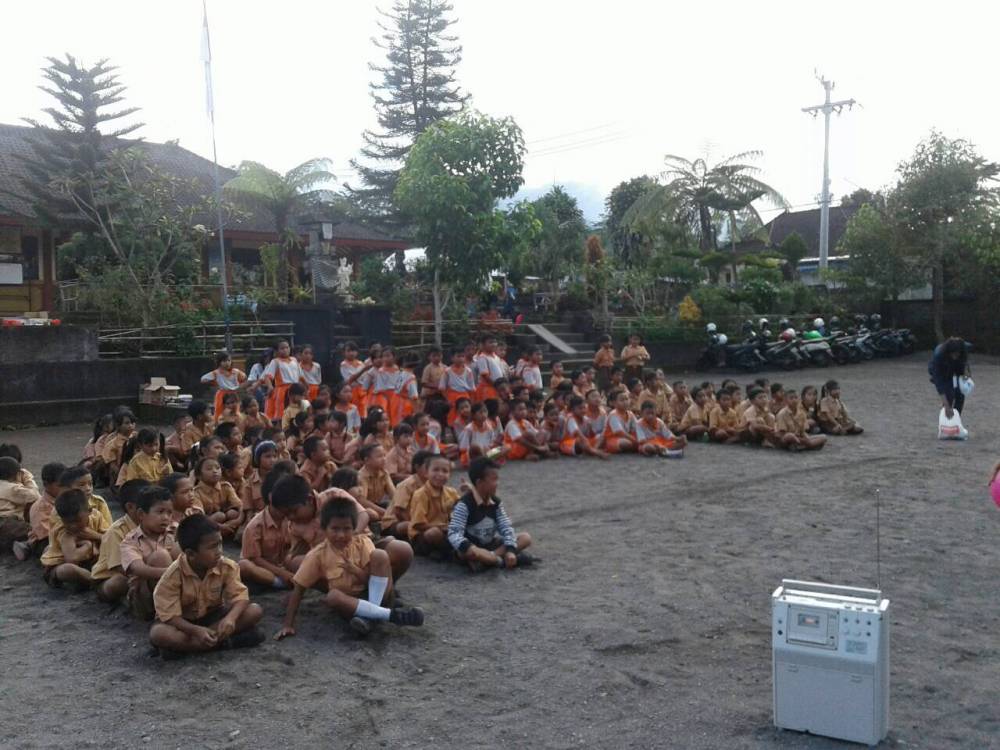 In the framework of a series of anniversary Physics Study Program Udayana, Physical Society (Himafi Udayana) held Social Service held in SD 4 Pempatan, Rendang, Karangasem. In this event, the organizers were able to collect donations as many as 400 books along with stationeries, some money, and also be some pack snacks. These donations come from all over the Udayana Physics students who wish to participate voluntarily, and also opened a donation at the time of preparation of the publicly available. This activity is in addition to involving students majoring in Physics Udayana, also worked with the foster brother of Bali.

The activities are conducted on March 4, 2017 is also invited Kelian Adat Desa Pempatan, Elementary School Principal 4 Pempatan, Head of Physics Department of Udayana, Secretary of the Department of Physics Udayana, BEM FMIPA, BPM Faculty and all the representatives of the Association in the Faculty of Mathematics and Science Natural Sciences (MIPA) Udayana. This activity is packed with so interesting to be able to attract the younger siblings SD 4 Pempatan, with the concept of playing while learning. Where in social activities are game activities along with younger siblings in SD 4 Pempatan which of course there are values education can educate younger siblings. It also provided donations that have been collected by the committee which is expected to add excitement to learn the brothers in SD 4 Pempatan, Rendang, Karangasem. (arisugama)