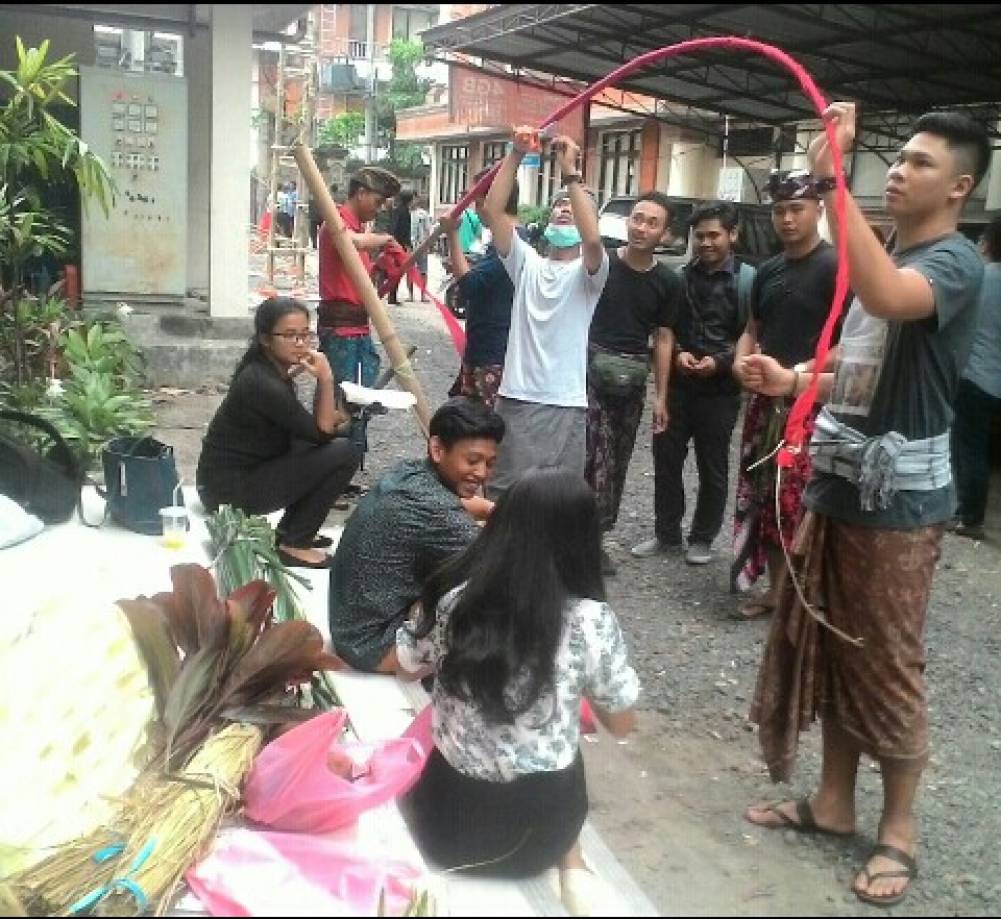 On last Tuesday 28th of February students from 6 departments of Faculty of Medical Science created various attractive penjor in the parking lot of the faculty. The penjor making competition was a form of celebration for the faculty’s 53th anniversary

I Putu Restu Widhipratama, the chairman of the 53th BKFK committee, said that the competition was an attempt to harmonize culture and science to create balance. This (the competition) was in accordance with the vision of Udayana University; To be independent, capable, and aware of the culture.

The judges set some criteria for the competition, namely: the beauty of the penjor, tidiness of the making process, as well as cleanness of the area to make sure each competitor did not litter.

“Penjor can be decorated as festive as possible, which is of course, depends on the budget provided. To realize equality amongst six departments, the organizing committee set budget limitation and provide bamboo for each participant.” Said Restu

Penjor making competition is an annual tradition of Faculty of Medical Science. The creation of each participant would be placed around the faculty for the decoration that graced the anniversary on upcoming the 3rd until 5th of March. One thing that made this competition interesting is the participation of the staff of the faculty.

“By doing this, we (staff and the students) can socialize and get to know one another better. (dessrimama)