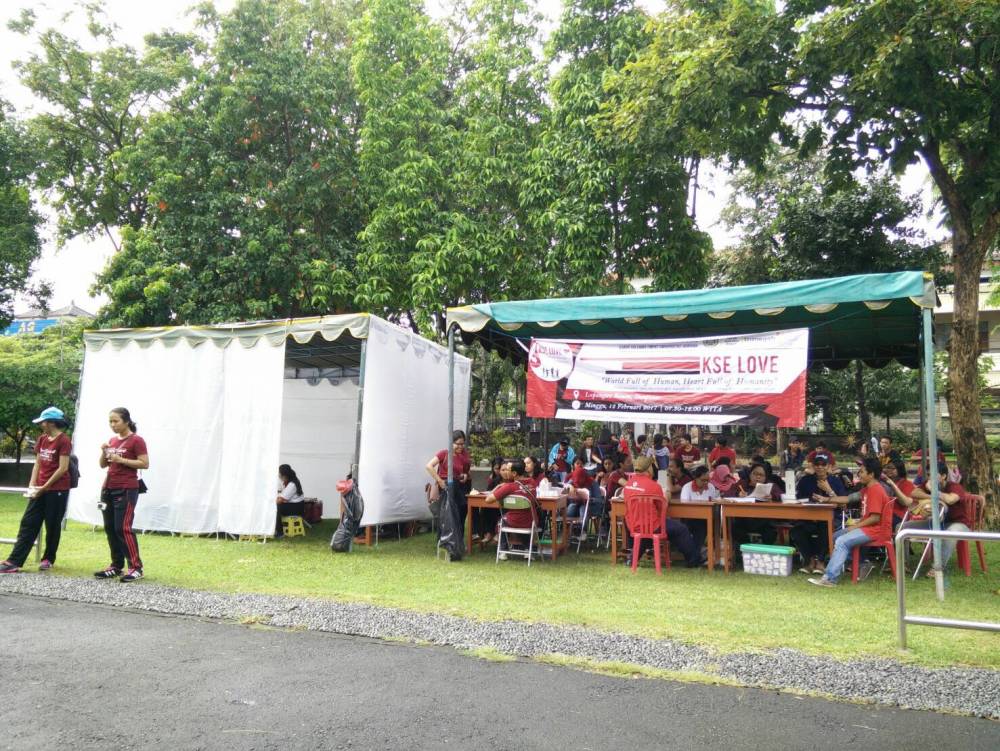 In order to celebrate romance, love and devotion day or called Valentine Day, Karya Salema Empat (KSE) Association Udayana University held an activity called KSE Love. The theme of KSE Love is “World for human, Heart full of humanity” where this activity aims to share to people who need to help. The activities done in KSE Love were like selling some food such as chocolate, fried bread, kanju, as well as the other snacks and conducting the blood donation. Furthermore, it held at Car Free Day in Niti Mandala Field, Renon on Feb 12, 2017.

It is expected that the result of selling chocolate and snacks can help people who need. This result will be given to the Members Welfare Division (Kesja) in the form of money that will be used to buy things needed by children who need in elementary school in Karangasem. Besides, KSE Association also held a charity event such as the blood donation. 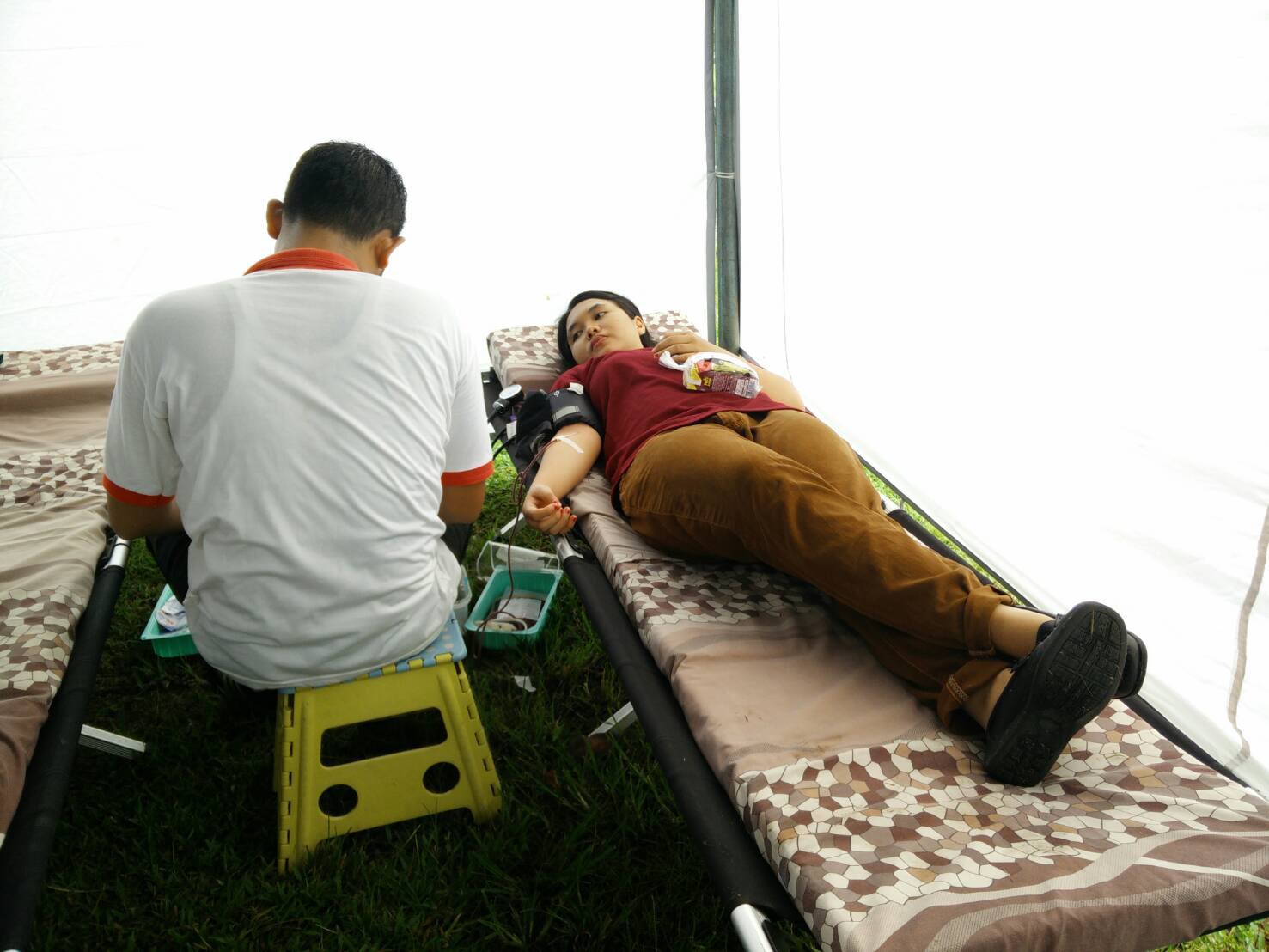 The Situation of the Blood Donation held by KSE Udayana
Although there was heavy rain in the morning, it did not mean the spirit of committees had decreased. The event which held on 7.30 am was running smoothly. Furthermore, there are interests from people who are exercising such as participating in donating their blood. There are around 35 people who participate in blood donation. This event collaborates with the Indonesian Red Cross Denpasar City and RSUD Wangaya. (manik)