AHEAD OF THE ELECTION OF SENATE CHAIRPERSON 2017, FIB HOLDS A CANDIDATE DEBATE 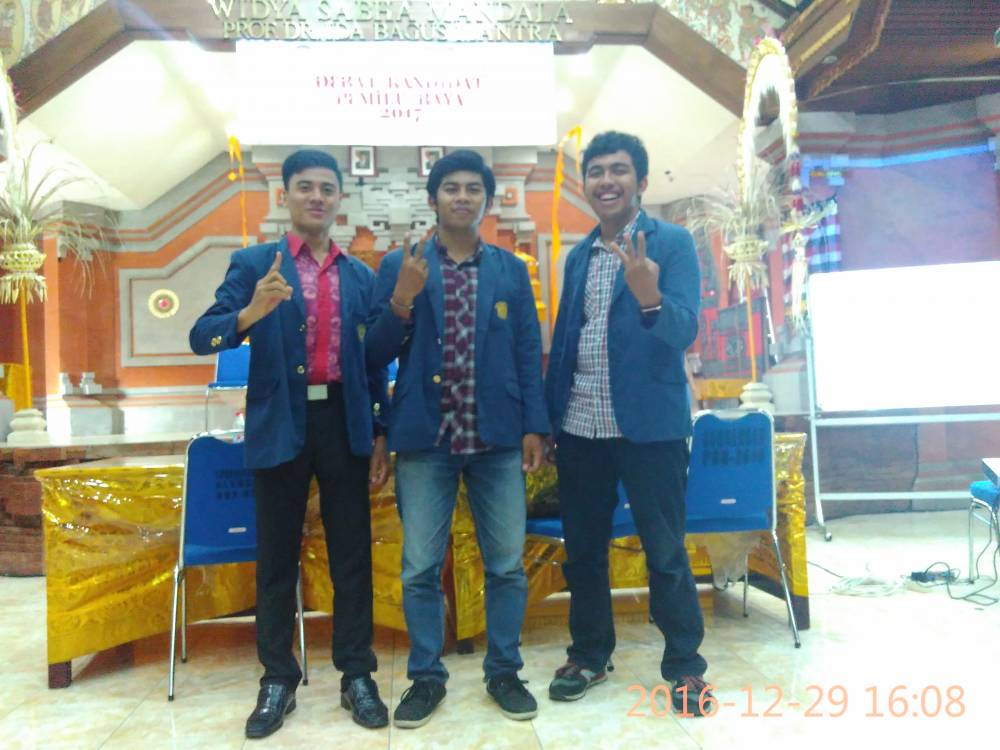 I Komang Sukarma (on the left), I Kadek Sudana Wira Dharma (in the middle), and Ricki Anzuri Brahmana (on the right) 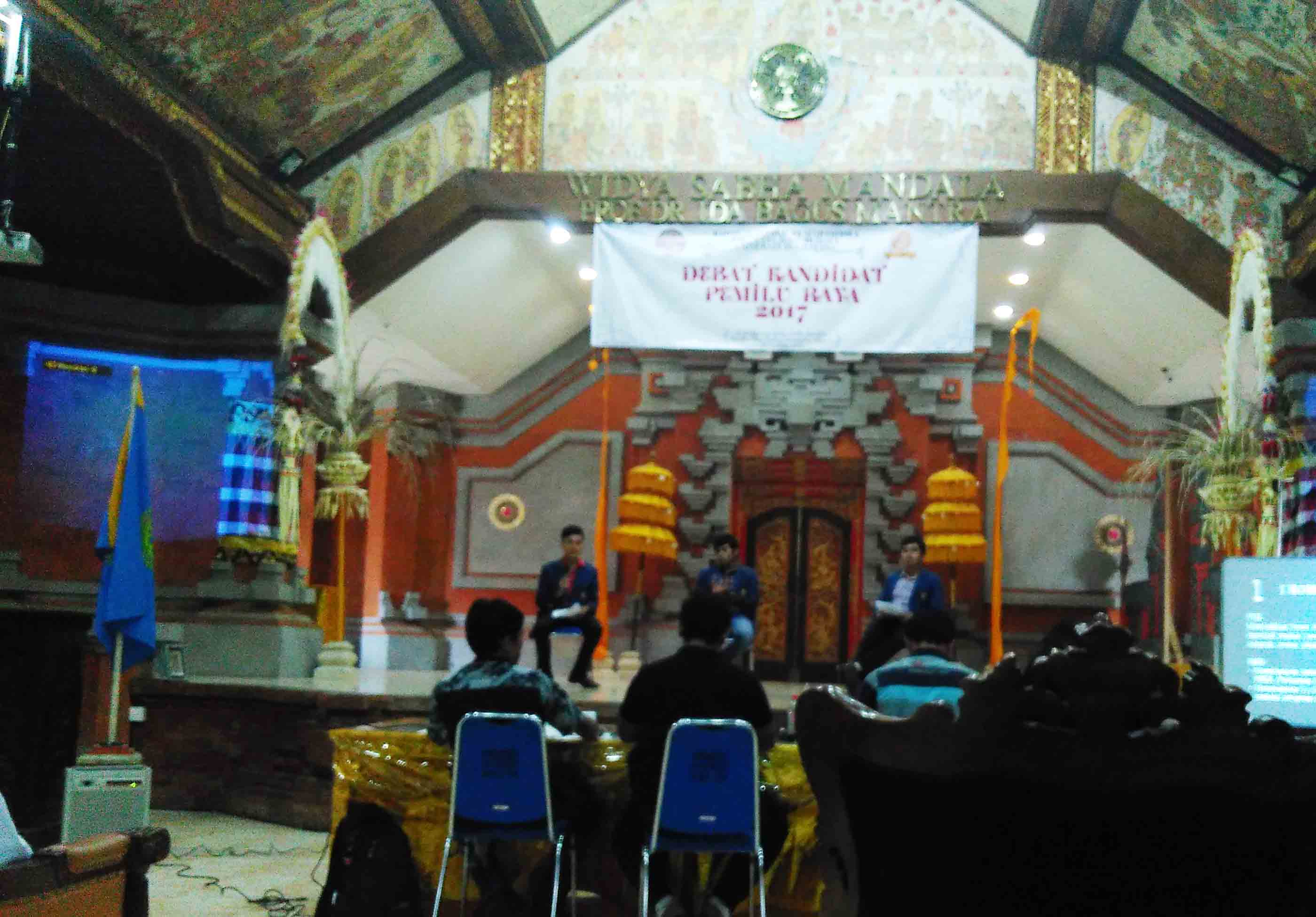 The speech about vision and mission from the three candidates of senate chairperson of Arts Faculty, Udayana University 2017

All things expressed by the student representatives of Arts Faculty through those questions were the anxiety happened in the Faculty of Arts. It is appropriate if the Senate Chairperson or Senate can actually act as a student’s representative body of Arts Faculty, Udayana University for the realization of a harmonious relationship among the academic community in the Faculty of Arts, Udayana University.

“Both the Dean and students have an important role in this campus, so they must go hand in hand since they cannot walk alone. If there is a problem, surely deliberation and consensus will be conducted to get the best solution. As mentioned in Pancasila,, we certainly use it as the basis for achieving the consensus.” I Komang Sukarma and Kadek Sudana Wira Dharma said when answering the question of the audience.

“In solving some problems faced by the students of Arts Faculty, we will solve it all with a win-win solution, which will certainly not give a loss to any side. Here, Senate is not a chairperson or committee, but Senate is us. The Senate will not exist without the students. If we get into trouble in the future, let’s solve it together” Ricki Anzuri Brahmana said. (naristadevi)