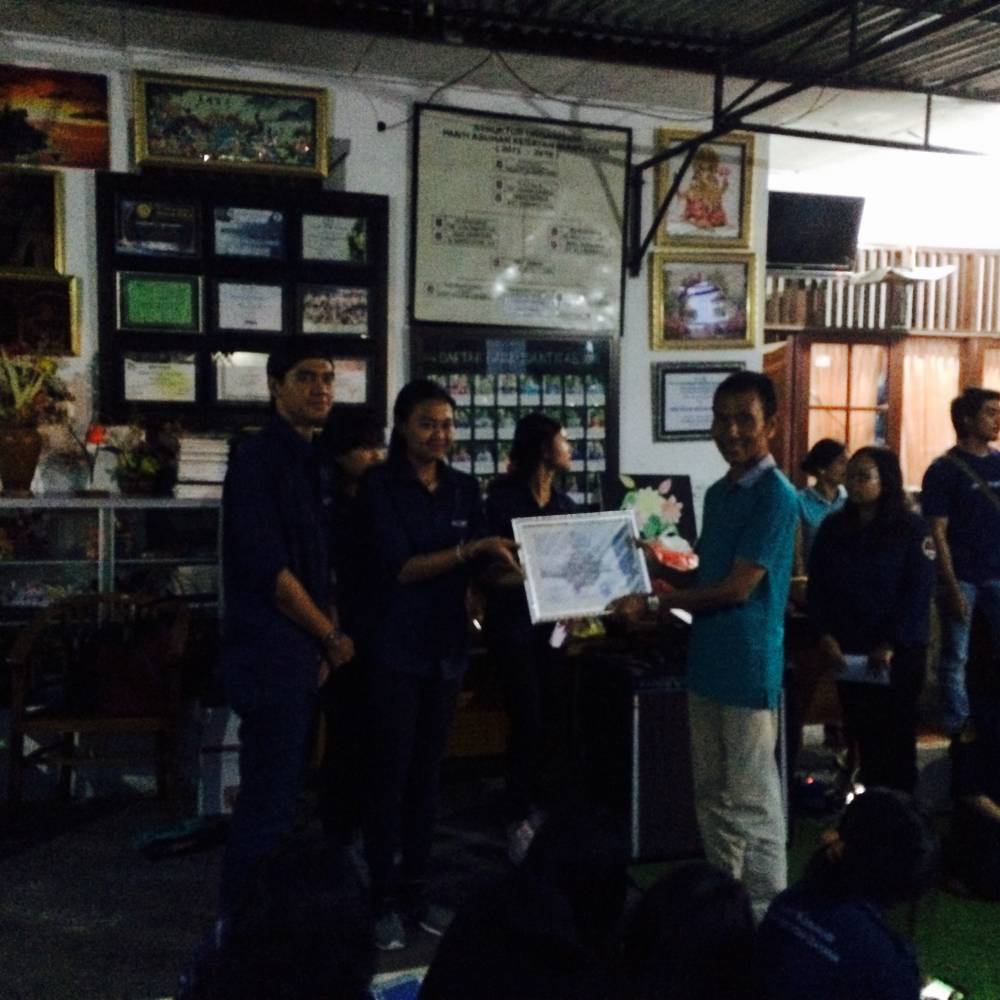 Student Community Communication Studies (KOMIK) held social service activity at Orphanage Kesayan Ikang Papa, Gianyar. The activity which held on the day of the 5th KOMIK anniversary was successful. Different from previous year social activities such as clean up the beaches, social activities for this time chose held it at orphanage foundation. Where in this foundation there are the various backgrounds of the children as the inhabitants. Children from this foundation were deaf, dumb, and there were also mental retardation. But even so, it did not break the spirit of the children. They were very enthusiastic in welcoming this activity, seen from the performance of Sekar Jagat dance that presented by the representatives of orphans in the beginning of the event.

The event was opened by the Chairman of the Committee, not only presented Sekar Jagat Dance by orphans, but also held a flashmob session by the committee which performed a dance and  invited all attendees to join dancing together. In this activity could be seen the enthusiasm and happiness by the children. Furthermore, the activity was continued by the chopping of ‘tumpeng’ and sang Happy Birthday at once using gestures like 'sign language' in order to build uniformity of language with all the audiences and orphans, as well as built closeness to the children. After that, the activity was continued by eating together with friends as well as the entire direction of orphanage. It was ended by snack distribution for audience and clean up before leaving the orphanage.

This activity did not only present a visit, but also activities that have been prepared for several months, it was already set up various forms of assistance came from various circles. Before visited the place, the committee has opened a booth for anyone who can provide assistance to the foundation. The collected aids were in the form of cash, books, clothes, and others. This was also expected to help the needs of friends at orphanage, and especially expected to rebuild their spirits. (sobhita)