Welcome from the Rector 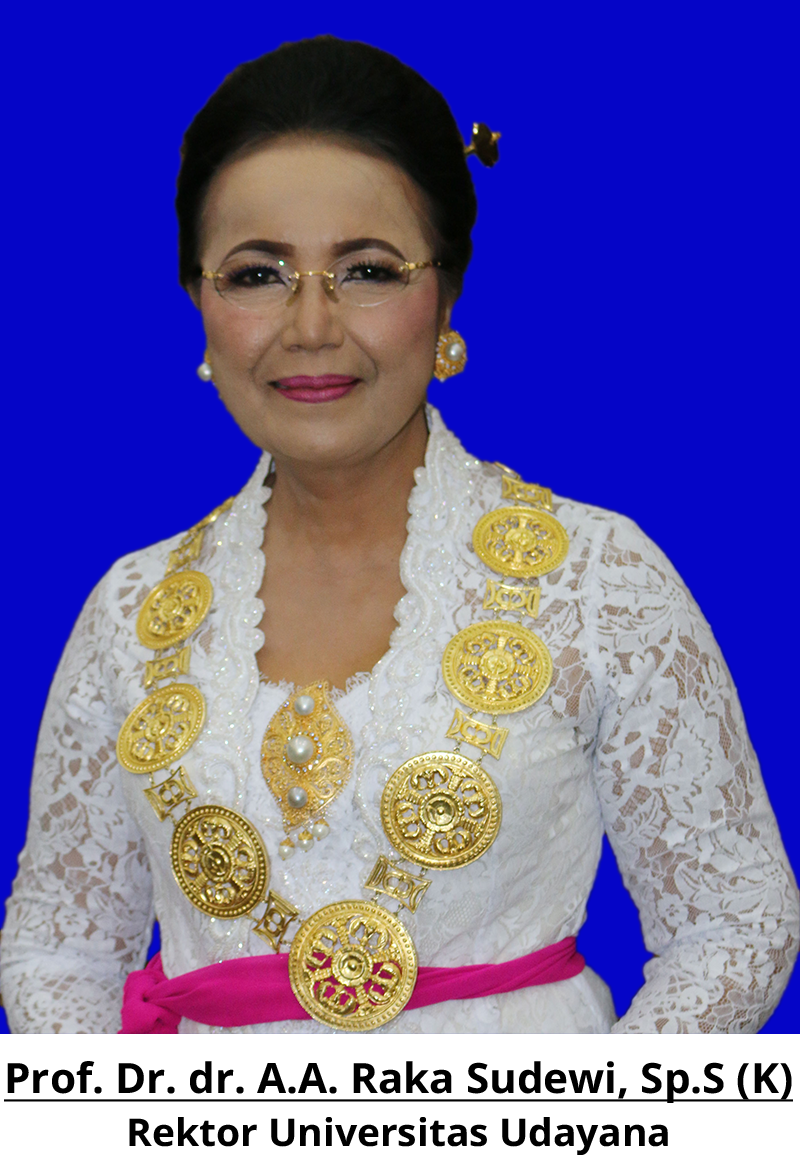 MESSAGE FROM THE REKTOR UNIVERSITY OF UDAYANA

Udayana University, established on September 29, 1962, is the first and the oldest university in Bali.  The university has two campuses. One is located in the heart of Bali Province, Denpasar, and the other, including its main office or rectorate, is located in the center of Indonesia’s International Tourism Business Area, Bukit Jimbaran Bali.

Being located in one of the most famous world’s cultural heritage and Indonesia’s tourism business center enables Udayana University to provide a unique cultural and academic environment that no other universities around the world could provide. Udayana University emplaces culture as a scientific paradigm, which further elaborated in its distinctive scientific approaches, faculties, courses, and curriculum, as well as noteworthy teaching and learning methods that allow Udayana University to become the center for the development of excellent, independent, and well – civilized human resources. Currently, approximately 28,353 students are coming from different regions in Indonesia and about 1,500 international students are coming from varied regions around the world (such as Europe, America, Asia, and Australia) to take their study and courses in Udayana University.

In addition to academic study programs, Udayana University also offers vocational programs, short courses, internships, and other technical education. In running its services, Udayana University is supported by 3,022 staff, consisting of 1,474 academic staff/lecturers and 1,548 administration staff. The campus facilities, institutional arrangements, institutional status as BLU, and available human resources allow Udayana University to develop itself into one of the leading universities in Indonesia, Asia, or even the world. Our graduates are now filling various professional allocations to various governmental and non-governmental institutions, private sectors, and higher education institutions in Indonesia as well as other countries.

Udayana University is the right place to build your character, competence, and integrity as the fundamental requirements in the development of professionalism as well as competing in job markets in the global community lifestyle. Trust and Dignity are our identity and a better life for the society is the goal of our institution in conducting educational services.