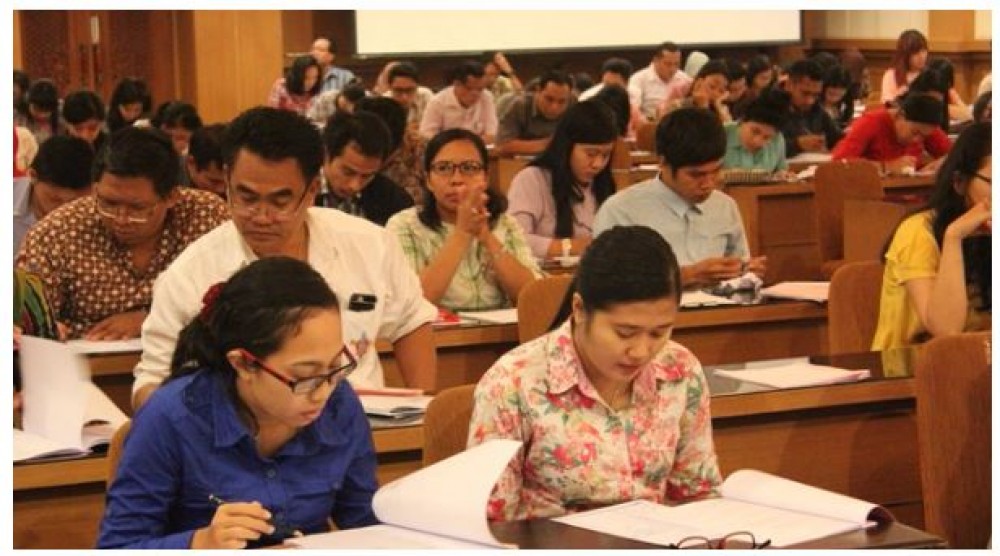 Sunday, July 12, 2015. Udayana University conducted a phase II English mastery and academic potential tests for the new postgraduate program students. The tests were conducted in the postgraduate building and language lab building in Campus Sudirman Denpasar. A total of 427 students consisting of 48 people for doctoral study programs and the rest of 379 for master programs had the rights to follow the process of selection

According to the committee, the selection process would be rescheduled on July 23, 2015 for about 40 students from outside Bali. This was due to the postponement of several flights due to the eruption of Mount Raung giving impact to the closure of the Ngurah Rai Airport in a few days.

Earlier, on Saturday, July 11, 2015 the basic competency exams and interviews have also been held in each study programs. In general, these activities run orderly and smoothly as expected. Result of this selection would be announced on Monday, July 27, 2015 at page www.unud.ac.id. (NE)

Unud Renews the MoU with IPBI, previously known as ST...