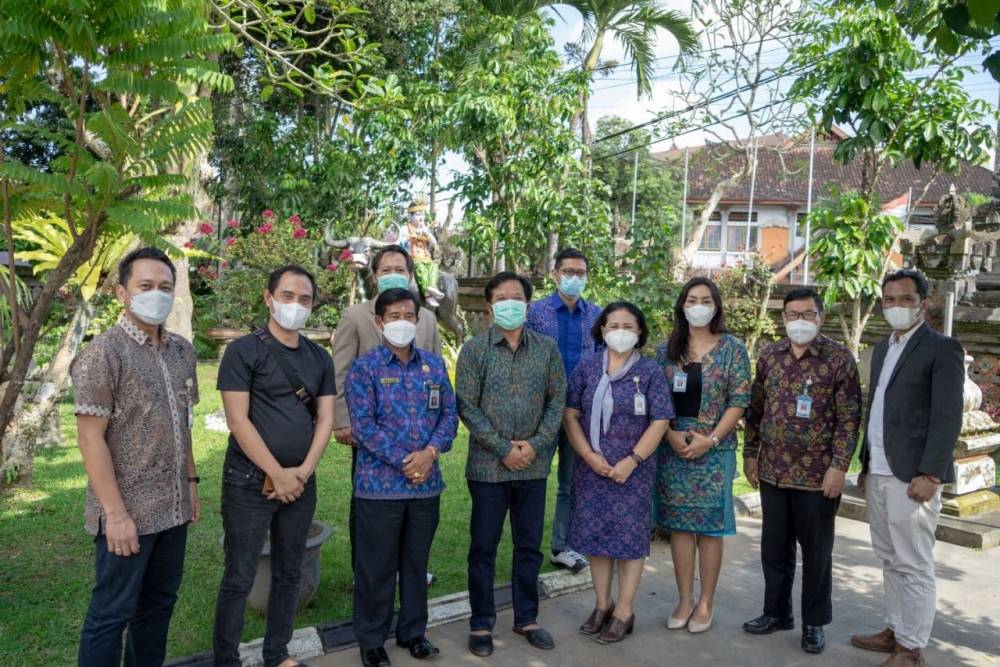 The Faculty of Mathematics and Natural Sciences, Udayana University held an audience with the Bangli Regency Government, Tuesday (12/12/2021). The hearing in the context of the Tridharma of Higher Education collaboration was received directly by the Regent of Bangli, Sang Nyoman Sedana Arta, SE, together with the Chairman of Bappeda, the Head of the Bangli Regency Development Acceleration Team and the staff. 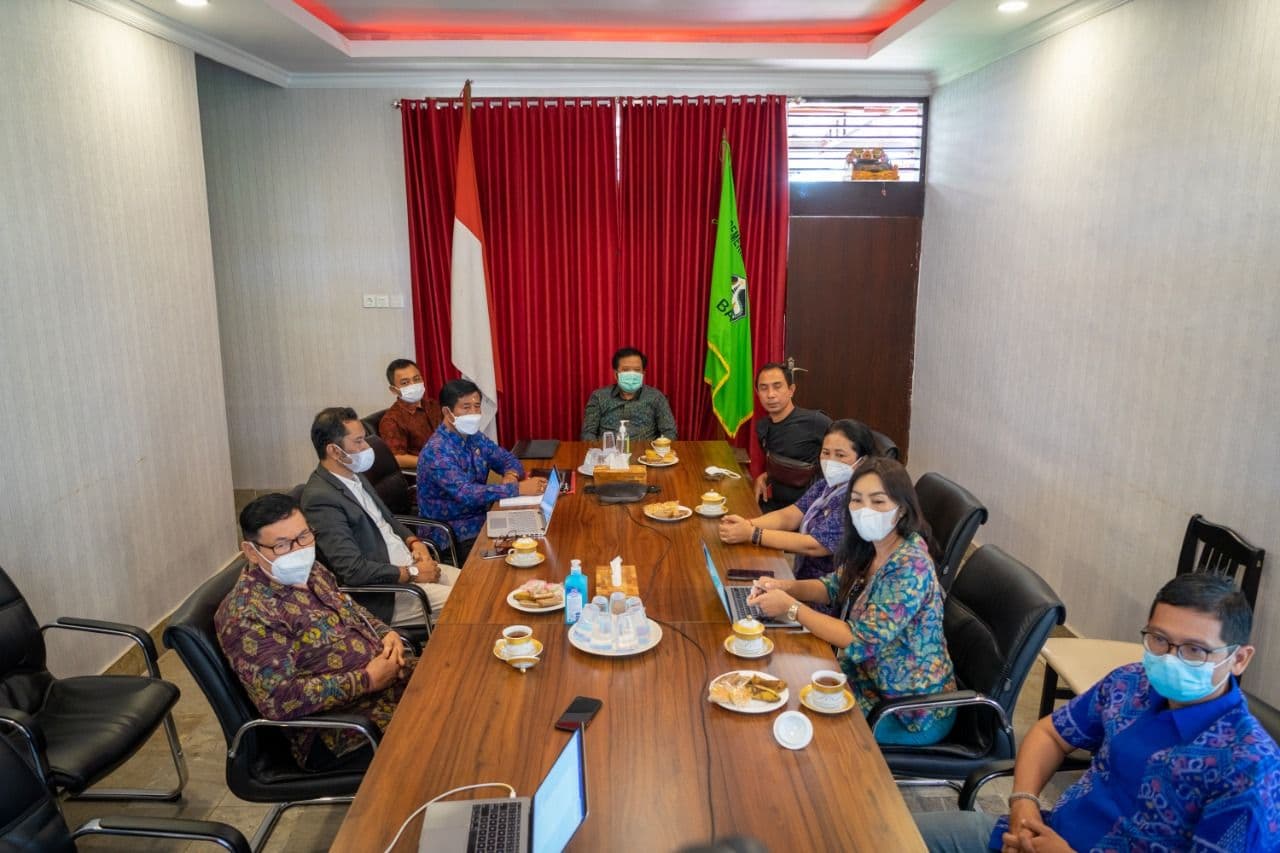 The Dean of FMIPA conveyed three initial agendas for initiating collaboration with the Bangli Regency Government, including the Fostered Village to be developed as a nanotechnology village, the production of Wellness Spa products in collaboration with the Bangli local Traditional Medicine industry and promoting loloh as an icon of Bangli in particular and Bali in general. 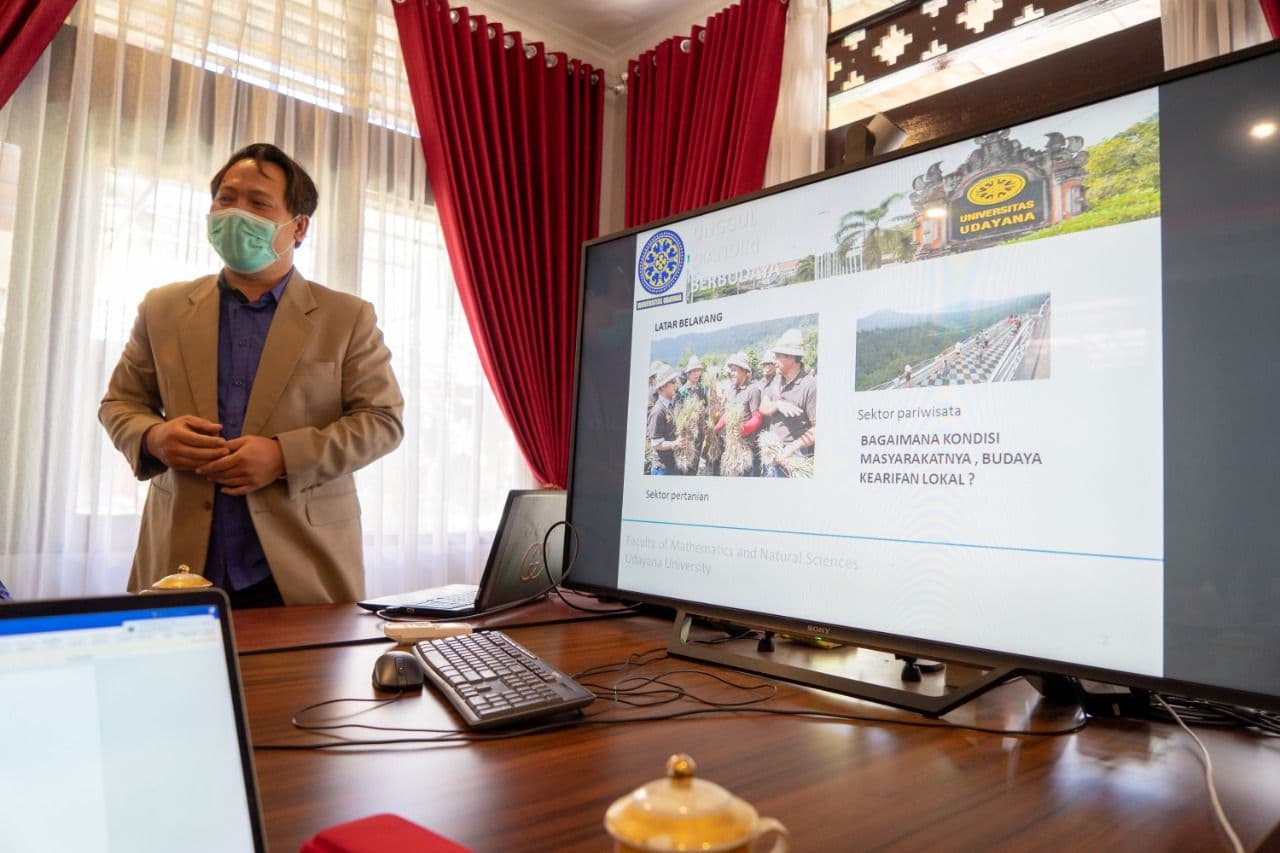 In the presentation, the team represented by apt. Dr. Eka Indra Setyawan, S.Farm., M.Sc., said that Bangli Regency is rich in potential for agriculture, livestock, and the tourism sector. However, this potential has not been developed to its full potential, FMIPA through technology transfer is expected to help the problems that exist in the field, so that the existing potential can be developed optimally as an effort to improve the welfare of the community. Development will be carried out from downstream to upstream based on integrated local wisdom. 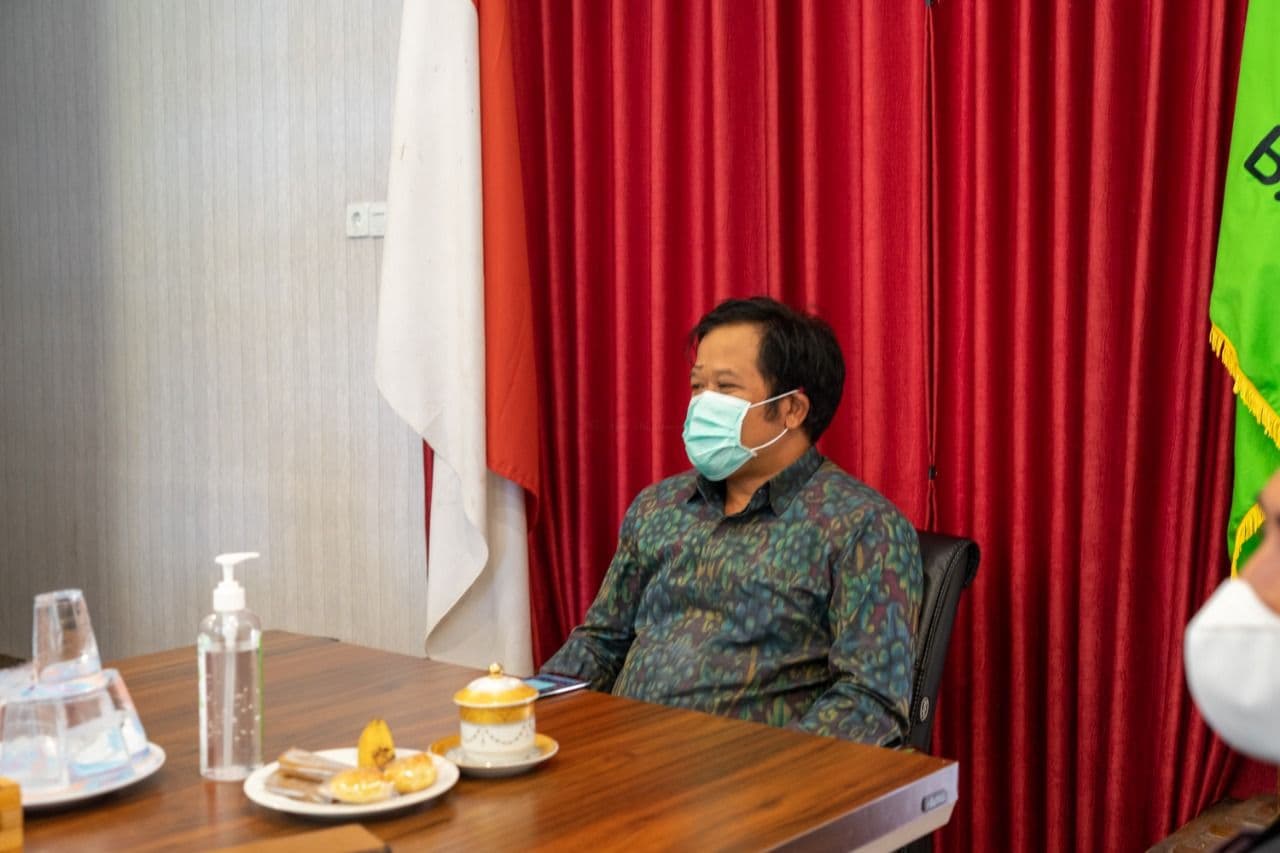 The Bangli Regent in this meeting really appreciated what was conveyed by Unud. He stated that “Bangli Regency needs acceleration, and any commitment that technological advances will be followed for the sake of improving the welfare of the Bangli people.

The event ended with a group photo as the first step in the commitment to cooperation between Udayana University and Bangli Regency in the development of Tiga Subdistrict, Susted Village, Bangli Regency as a Nano Technology Village.