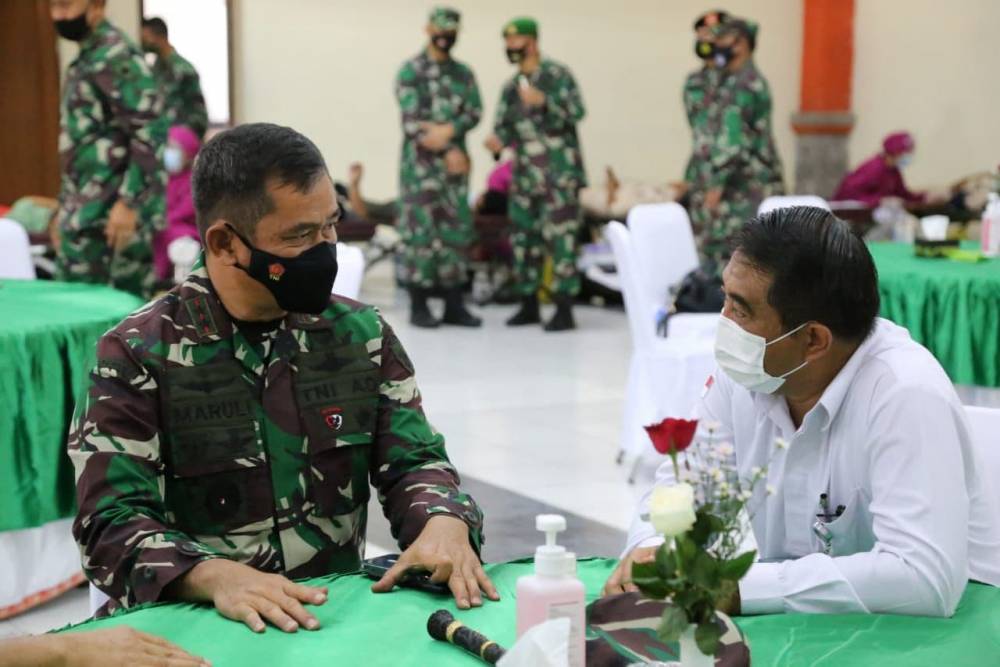 Dean of the Faculty of Medicine, Prof. Dr. dr. I Ketut Suyasa, SpB., SpOT (K) attended the Blood Donation activity in the context of the 64th Anniversary of Kodam IX / Udayana in 2021, which is located at the Wirasatya Building, Hall Makorem 163 / WSA, (24/5). 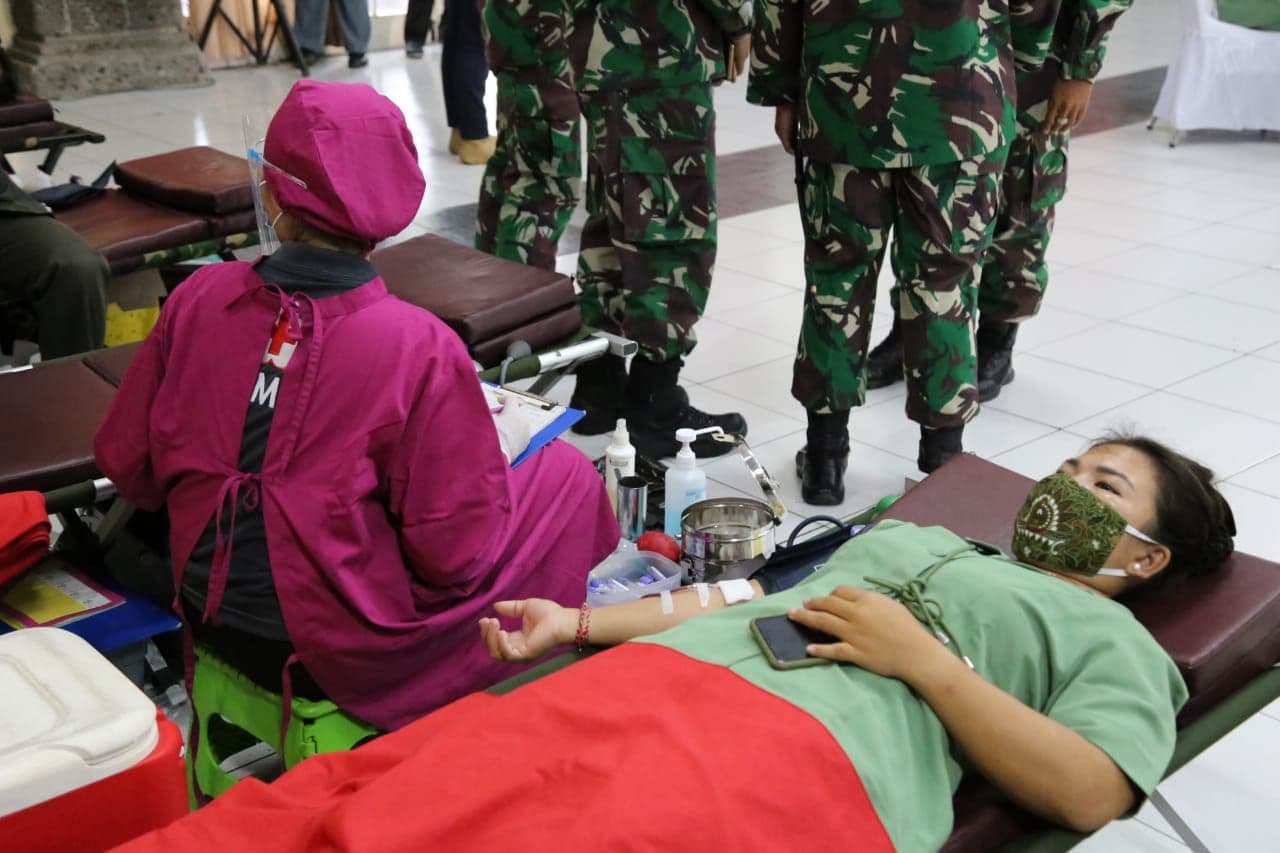 The activity with the theme Kodam IX / Udayana, Together with other National Components, Ready to Create a Safe, Peaceful and Prosperous Bali Region, was held by Kodam IX / Udayana in collaboration with PMI Bali Province, led by Kakesdam IX / Udayana (Colonel CKM dr. I Made Mardika Sp.PD.MARS), followed by approximately 300 donors.

Dean of the Faculty of Medicine, Prof. I Ketut Suyasa said that on this occasion the Pangdam invited FK to collaborate not only in the health sector, but also to develop in the world of agriculture, especially to improve food security and energy security. FK Unud also invited the TNI, in this case Kodam IX / Udayana, to collaborate in overseeing the FK Unud program, namely sending students in order to reduce the growth rate of Covid by deploying three teams, namely the Tracing team, the Behavior Change Ambassador team and the Health Protocol Compliance team. 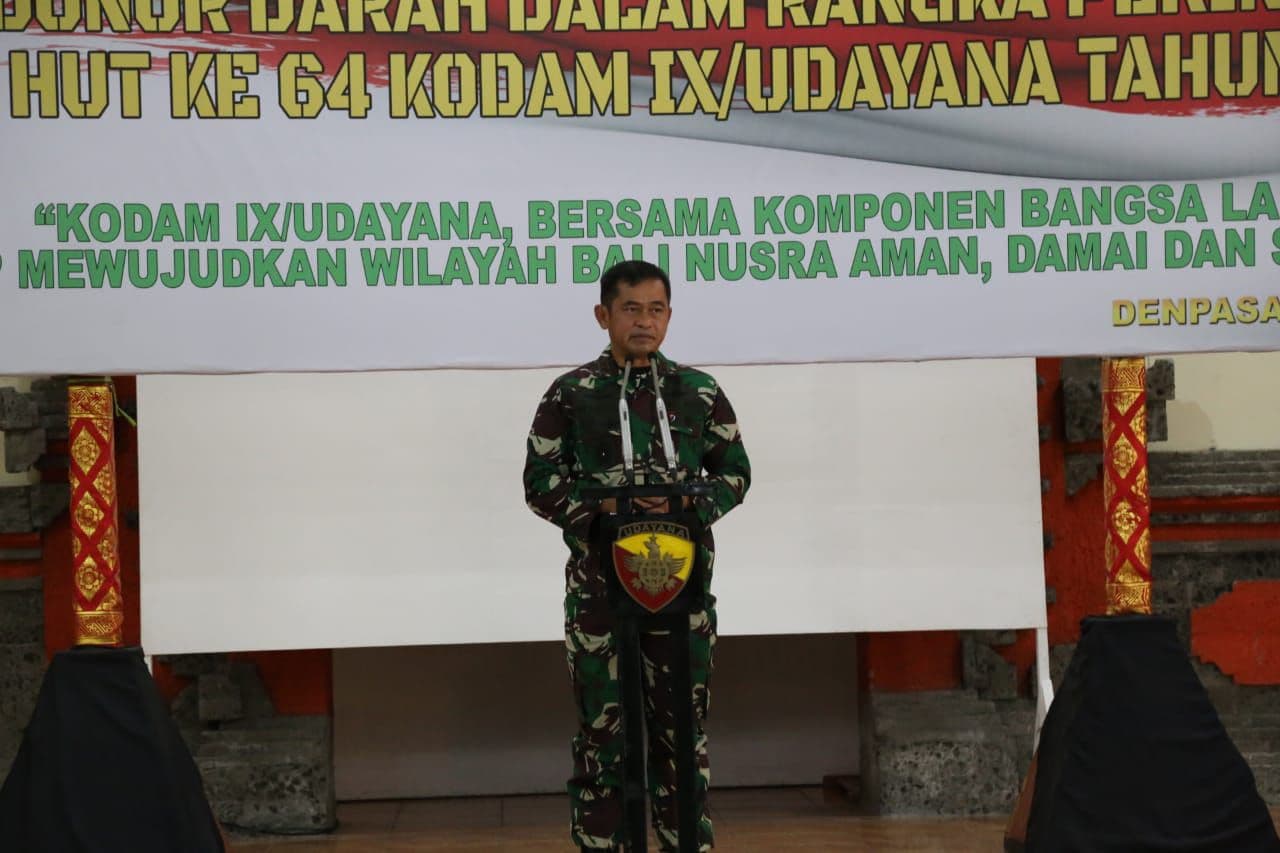 The principle is how we as educational institutions give meaning to human development as a whole in Bali and in Indonesia. Of course, by carrying out various activities that are not merely a process of teaching and learning, or not merely research and community service.