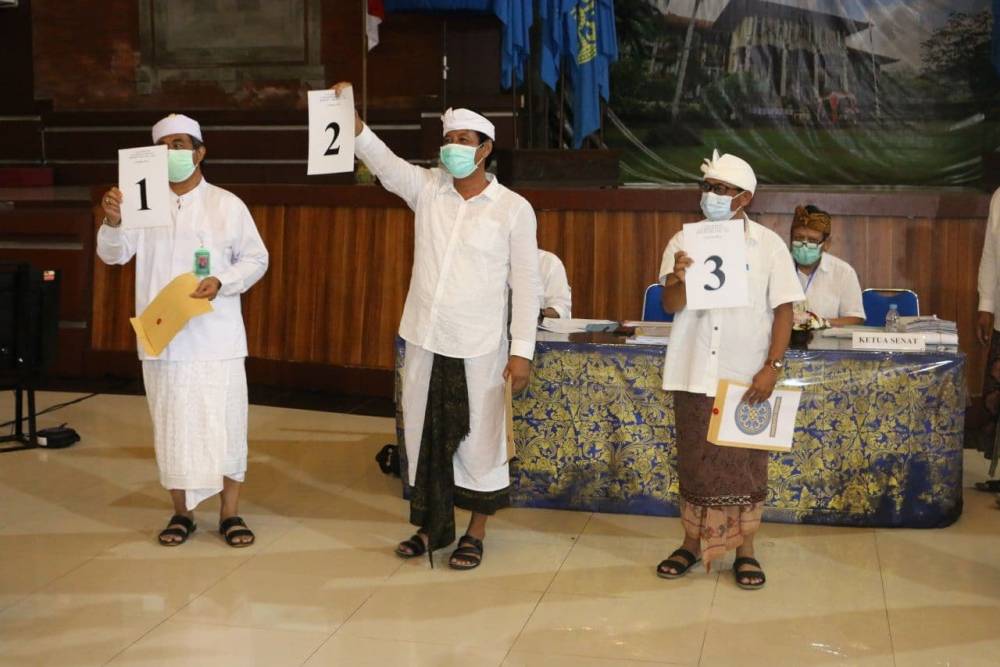 Taking place at the Widya Sabha Auditorium Building, Jimbaran Campus by implementing health protocols, the Udayana University Senate held a closed session in the context of Screening for Rector Candidates for the 2021-2025 Period, Monday (26/4/2021). The Senate meeting was opened directly by the Chair of the Senate, Prof. Dewa Ngurah Suprapta, Rector of Unud Prof. A.A Raka Sudewi and Vice Rectors, Heads of Institutions, Heads of Faculties and Postgraduate Students were present as members of the Udayana University Senate. 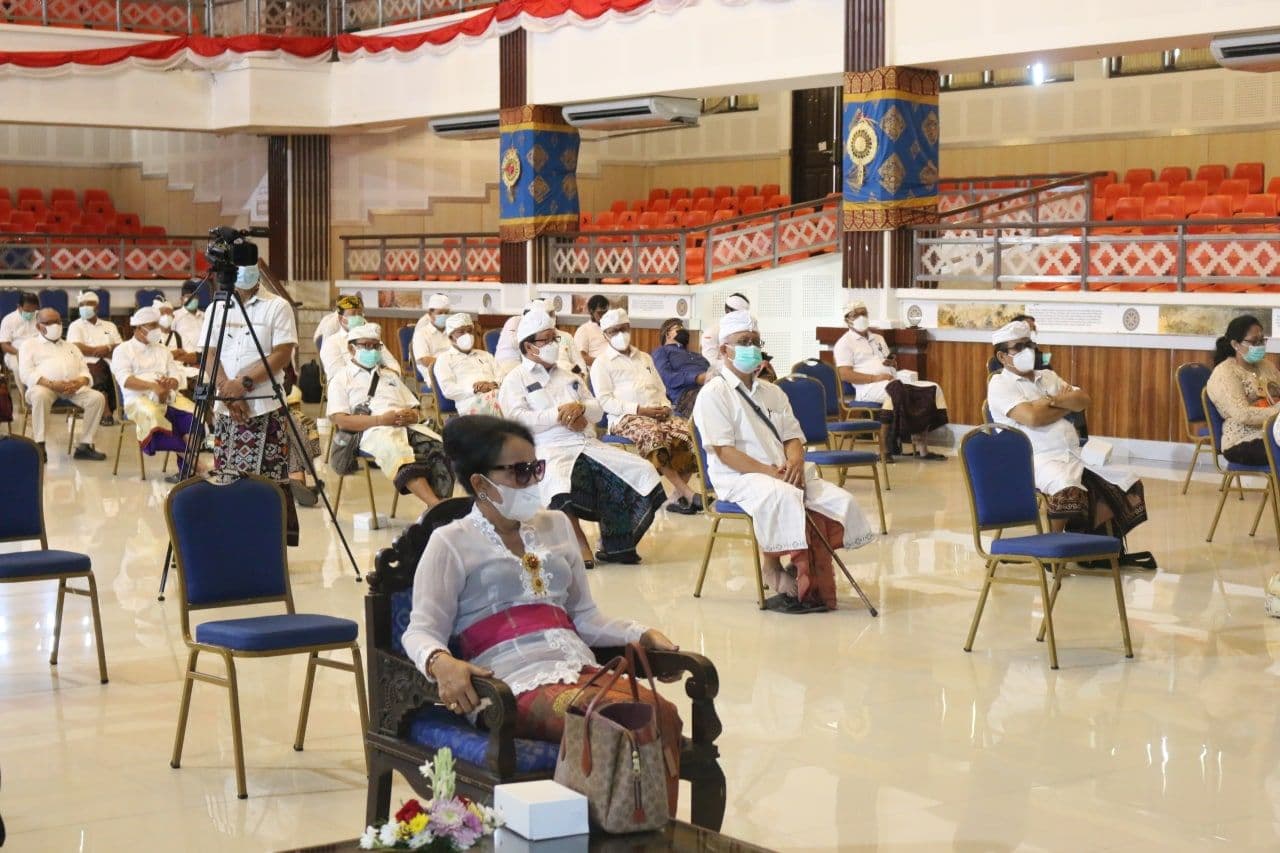 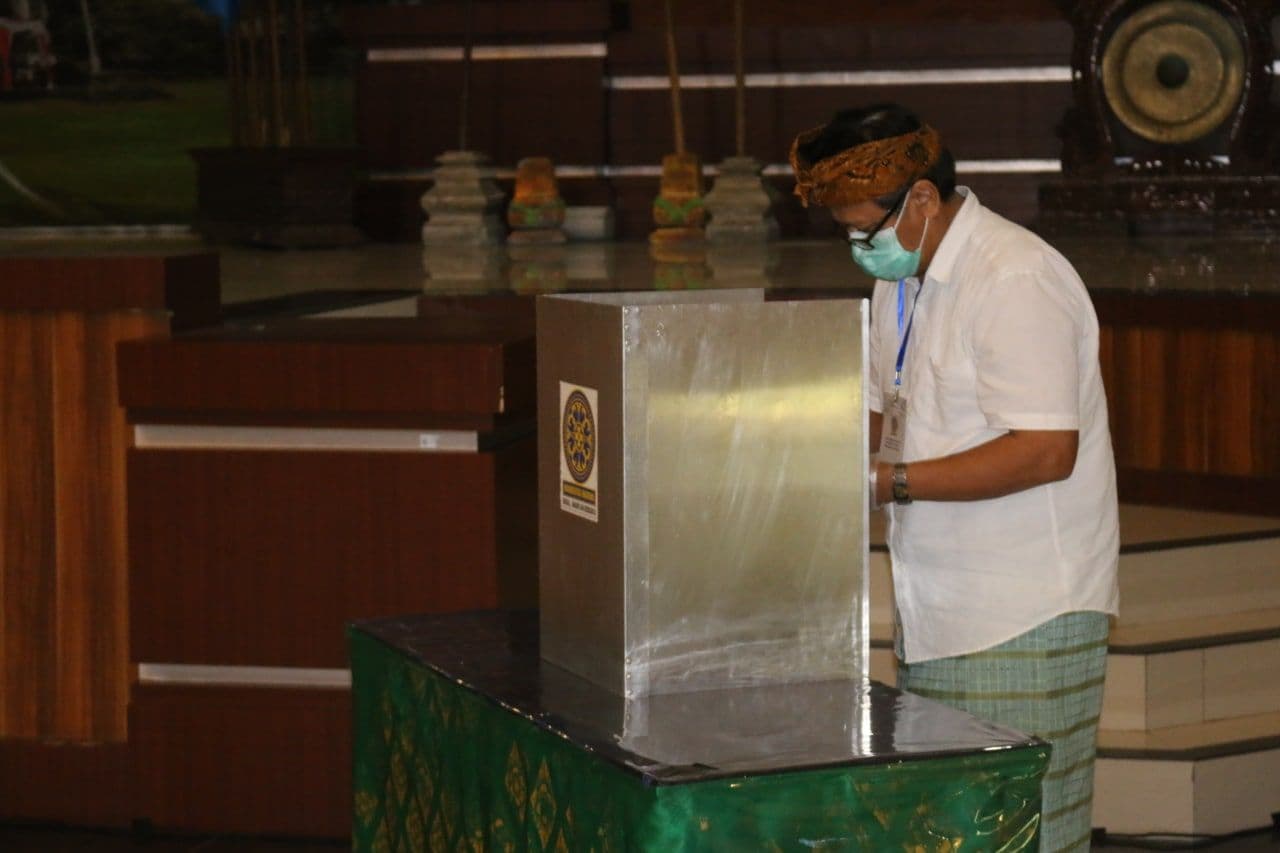 Chairman of the Senate Prof. Dewa Ngurah Suprapta said that according to the provisions, the screening process should be attended by at least 75 percent of all Senate members. Seeing that the number of Senate present was all, so the meeting was declared a quorum. The agenda for the screening of Candidates for Rector consists of technical explanations from the committee, presentation of the vision and mission, voting, signing the minutes and drawing serial numbers. The results of the screening process along with the documents thereof will be submitted to the Minister. 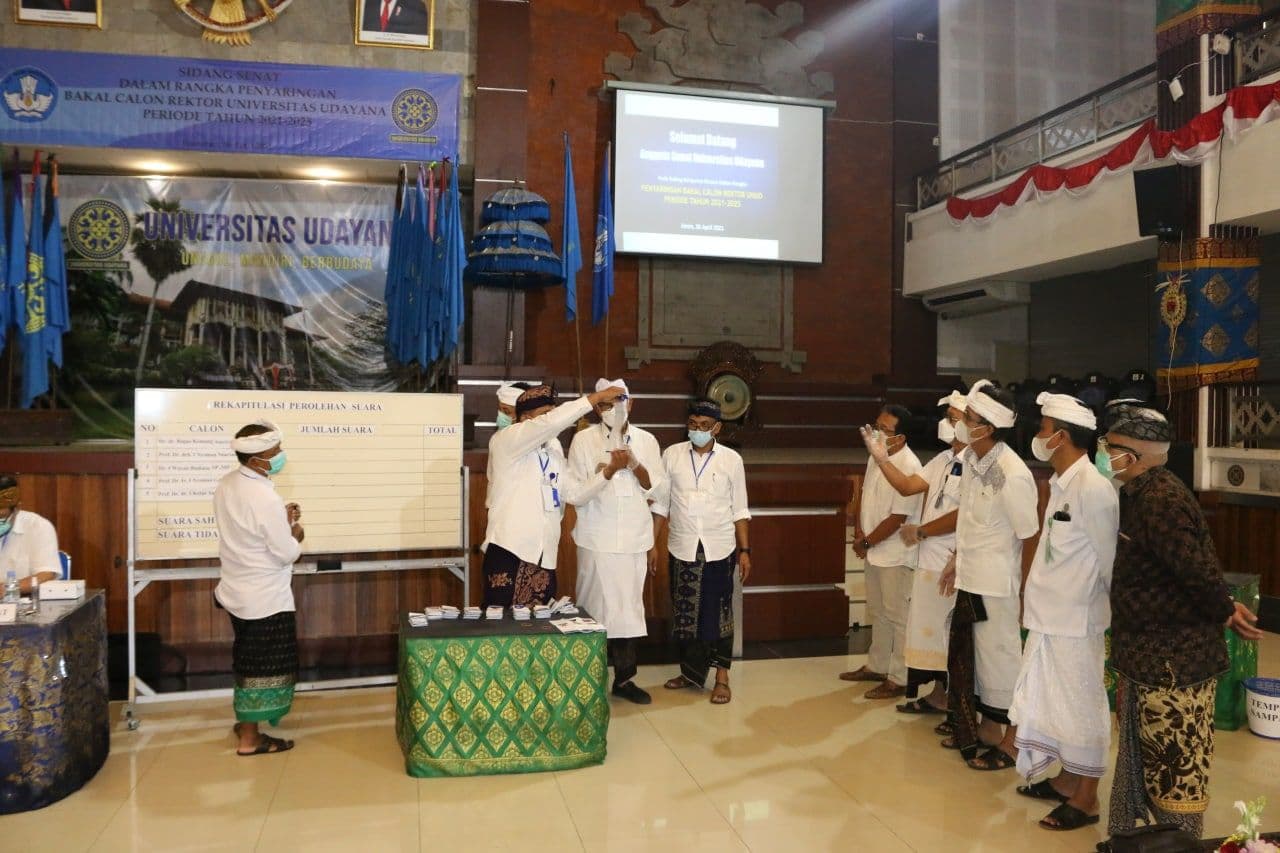 While the Head of the Rector Election Committee for 2021-2025 Prof. I Gede Mahardika said that the election process has three stages, namely screening, screening and election. In the selection process, there are five prospective candidates, then in the screening process it is filtered from five to three, where Senate members vote to choose the top three. The election for the Udayana University Rector will be held on July 6, 2021, where the election will be held by the Senate together with the interim Ministers in the election screening process only by members of the Senate. The Minister's vote is 35 percent of the total votes. The Minister's vote count is around 43 if all Senate members are present. In the screening process, the number of votes for candidate number (4) received 59 votes, candidate number (5) received 20 votes and candidate number (3) received zero votes. Because there were three prospective candidates who received zero votes, three candidates were re-elected and the one with the highest vote was serial number (3). After this screening process, three Udayana University Rector Candidates were appointed based on the highest vote acquisition, namely Prof. Dr. Ir. I Nyoman Gde Antara, M.Eng, Prof. Dr. dr. I Ketut Suyasa, Sp.B., Sp.OT (K) and Dr. I Wayan Budiasa, SP., MP.