Second Period, Dean of Engineering Has a New Target 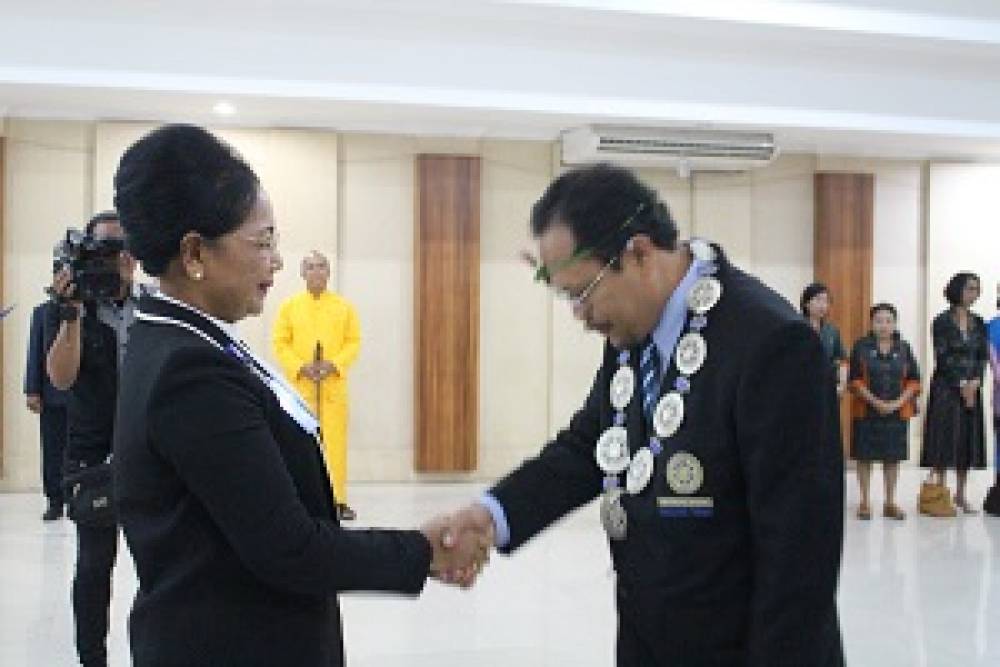 Prof. Ir. Ngakan Putu Gede Suardana, MT, Ph.D as Dean of Engineering Faculty at Udayana University said that in this second period, he along with all staffs must improve everything in the Faculty of Engineering, especially in academic quality and human resources. "We will encourage the qualifications of lecturers, S2 lecturers will be encouraged to continue S3 while those who have lector heads and doctors are encouraged to reach professor," he said.

Not only from lecturers, the quality of students will also be improved through the establishment of 25 student assistants specifically in fields competed by the Faculty of Engineering such as automotive and robotics. Students who have received guidance and won championships in competence at local, national, and international levels will be given appreciation in the form of decreasing UKT (for UKT recipients) and scholarships (for those who do not pay UKT).

By improving academic quality and human resources, performance programs launched by Kemenrisetdikti, Udayana University, and the Faculty of Engineering are able to run in the same direction so that they can support government programs. In addition, all forms of research and journals can be achieved and competed in ASEAN and bring the University to the World Class University.

In this activity, several echelon IV officials were also appointed. Chancellor of Udayana University, Prof. Dr. dr. A A. Raka Sudewi.Sp.S (K) hopes that the appointed officials can adjust  new work environment and increase the interests of the organization. "It is expected that they can also advance Udayana University and as a state civil apparatus are able to serve the community as well as possible," he said. (yun)