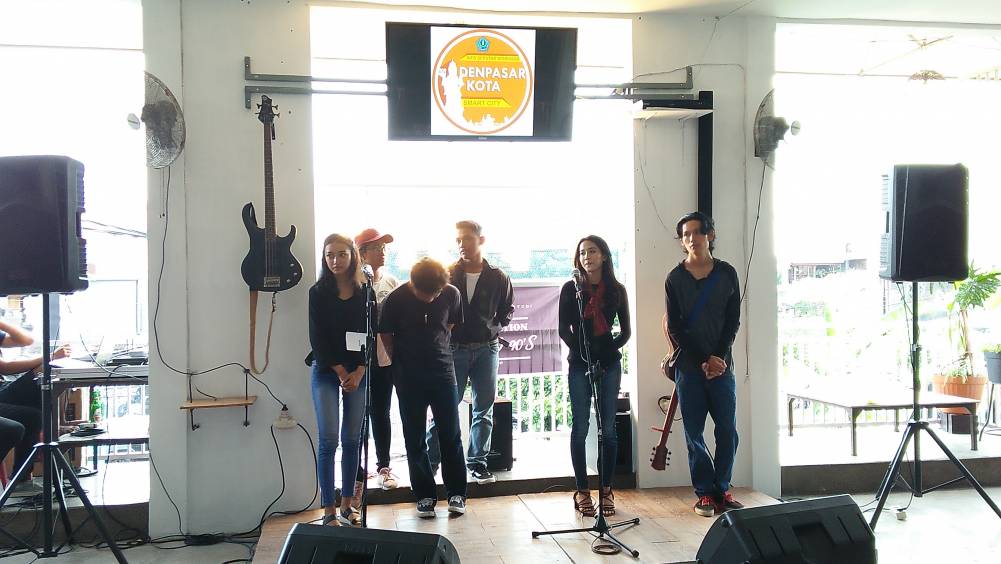 The atmosphere during the assessment of the two bands that became the first participant of the session, which took place at Jalan Tukad Barito Timur 99X.

Denpasar (21/04), the creativity of Student Association of Tourism Destination Study Program, Faculty of Tourism, University of Udayana anchored at Accoustic Competition. This activity has been going on every year with different concepts.

In this year, the theme "Bring Me To 90's" participated by high shcool students, university Student and General people who have bands.

"The goal is to invite young generations who like music to be able to explore their abilities and re-nostalgia through the songs presented." I Wayan Gede Wahyu Pradnyana said as the Chairman of the Executor.

Not only the participants' performances, there is also an assessment of the creativity for the supporters and the hottest costumes of the band’s supporters.

Wahyu added that the atmosphere when competing was packed with a the 90's era design. It is expected that this competition will be held every year with the increasing number of participants and the new music enthusiasts can show its existence. (khania)