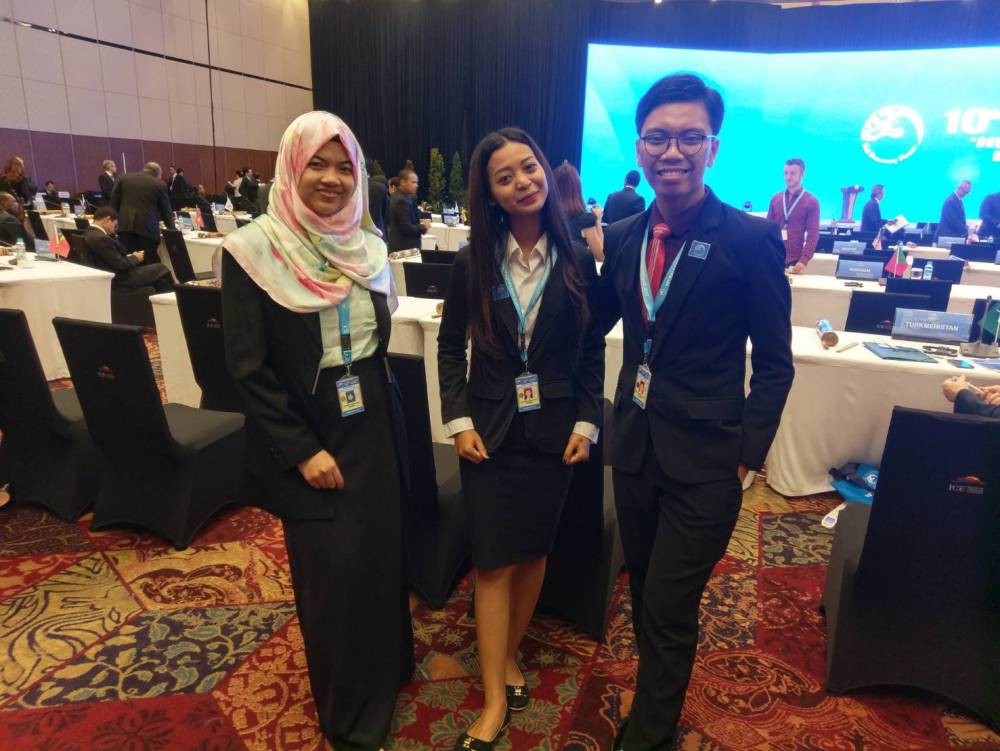 Denpasar - Sunday (10/12), Three students of International Relations Udayana University were elected as the representative of Indonesian youth in the activity of Bali Democracy Students Conference which was one of Bali Democracy Forum 2017 series event. This activity was held by the Ministry of Foreign Affairs of the Republic of Indonesia . The Bali Democracy Students Conference which was held at Bumi Serpong Damai-Banten was an activity to share thoughts together dedicated for youth representatives from all over the world. With the theme "From Campus To Democracy" which discusses the contribution and expectations of youth toward democracy, this activity was attended by 150 youth from all over the world who passed the selection phase of the Ministry of Foreign Affairs of Republic Indonesia. 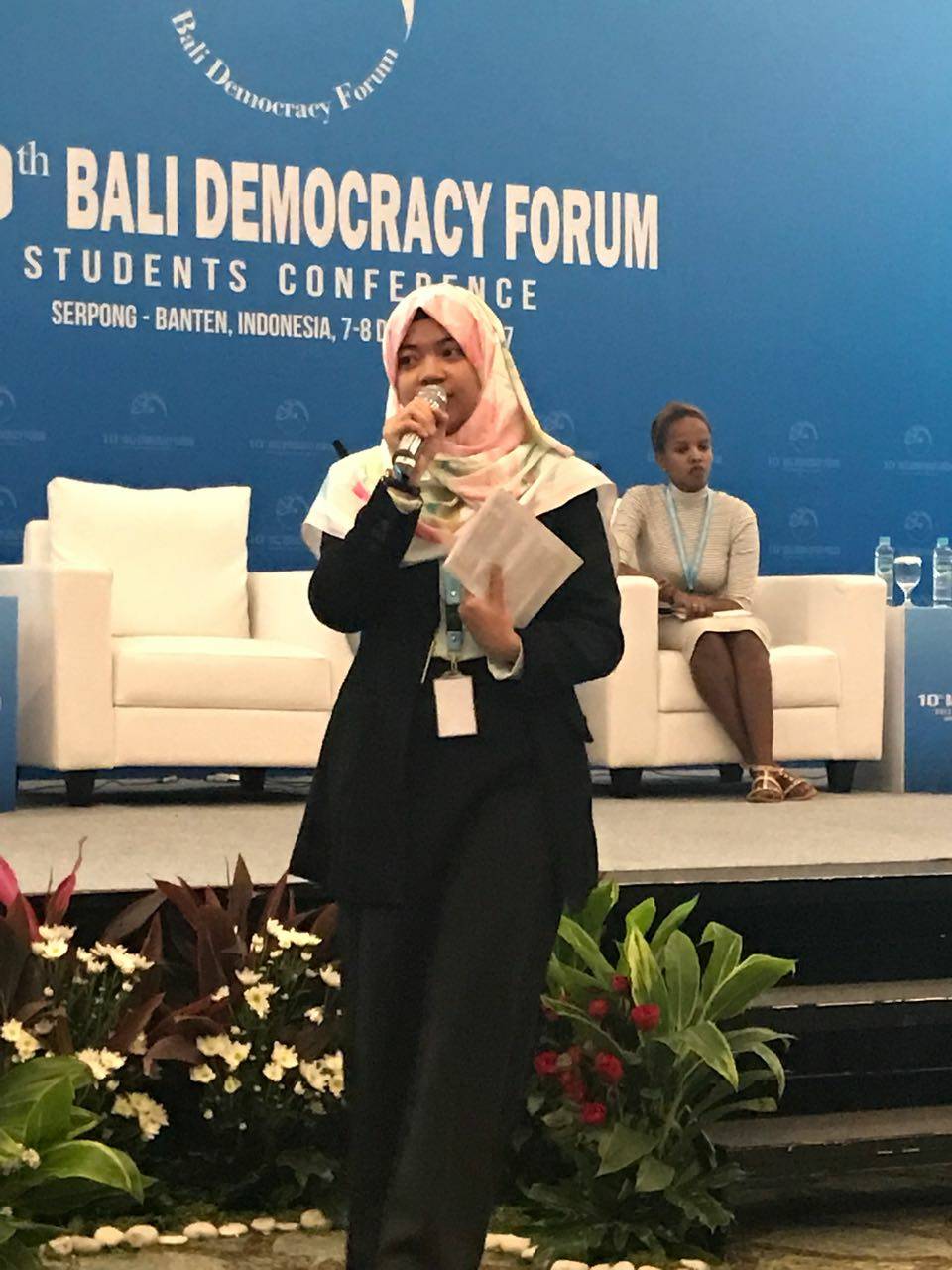 Afifah Puti Sholihat When Delivering Her Opinions at Conference

In an interview with one of the students, Afifah Puti Solih, she hopesd that the Udayana students will participate and be more active in this kind of conference because it is one of the forums for youth to voice their aspirations to the state government and to share their opinion with other youth. All this time, we may only be informed about matters relating to the country's political system through news only and not included in a decision-making. But when attending this kind of event organized by the government, that was something different for us. (pratama)