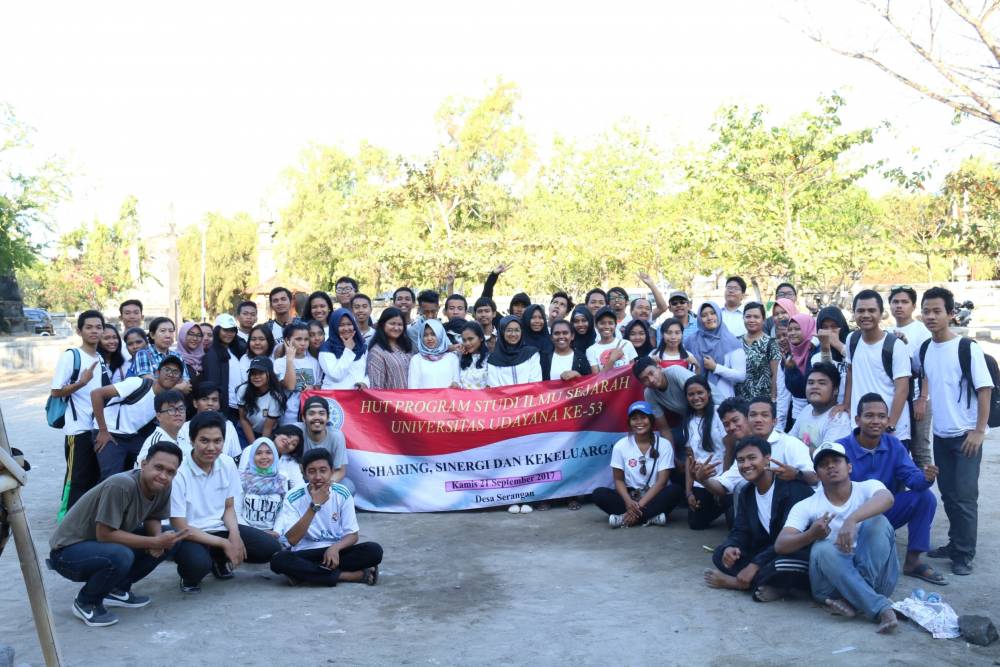 Ismail explained that this activity is intentionally held outside the campus, with the aim to strengthen kinship both between students and with lecturers. "Because, this activity is not just sharing and commemorating the anniversary only, but we also will have an  Out Door activity" he said.

More than that, he also advised for students to further enhance the student activities, especially in the academic field. "In the near future, the Historical Science Study Program will be re-accredited again, so I advise the students to improve their achievement, especially in the academic field, so that the majors accreditation will survive," he said.

The anniversary celebration of Historical Science Study Program looked increasingly clear when the students following the contests. Like the “gloved” Futsal race, tug of war, and pour the water by using a dust-cloth. "The event is fun, can train the cooperation between groups and through this activity we also can know each other more closely" said Mila. (Ism)