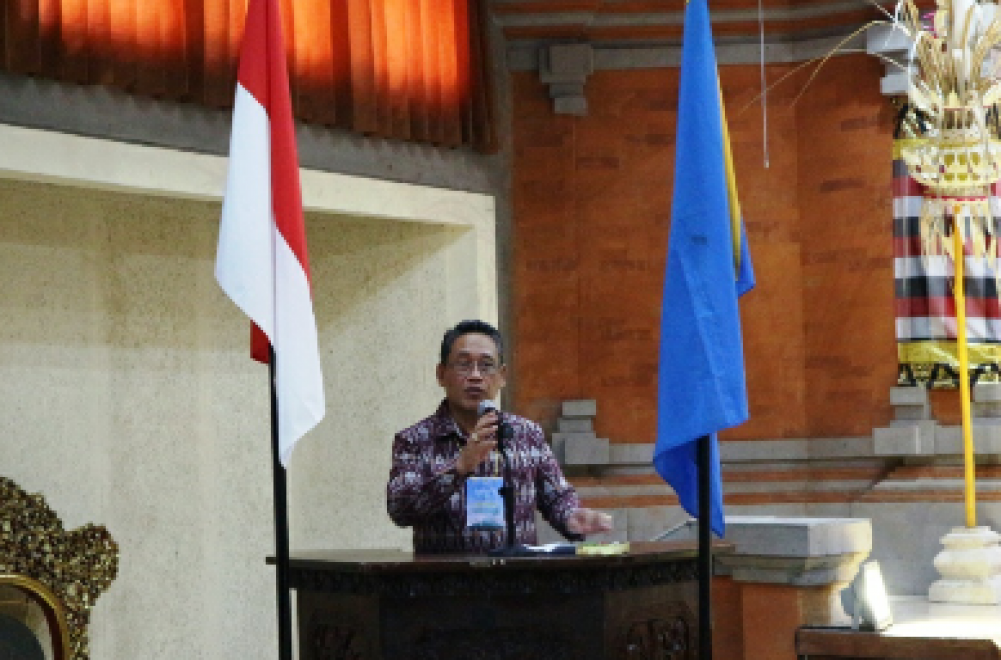 Prof. Dr. Phil. I Ketut Ardhana, M.A. when giving the activity report in the International Seminar of “Building Collaboration and Networking in a Globalized World”

Denpasaar – Thursday (14/09), Welcoming the 59th anniversary of Faculty of Arts, Udayana University, which was in the end of September, the Doctural Program of Cultural Study held an international seminar entitled "Building Collaboration and Networking in a Globalized World".

"This national seminar is held to welcome and enliven the 59th anniversary of Faculty of Arts Unud and the 55th Dies Natalis" said Prof. Dr. Phil. I Ketut Ardhana, M.A. as the Coordinator of Cultural Studies Udayana University. In addition, he said that this international seminar is one of the faculty's steps to improve the network in international circles, which later can be continued through the form of cooperation such as research or other academic fields.

More than that, the Dean of the Faculty of Arts conveyed that the activities organized by the Doctorate Program of Cultural Studies. It was meant to improve the quality of international institutions and networks. "This activity is a part of improving the quality of education in Unud to the World class university." she said during her speech. 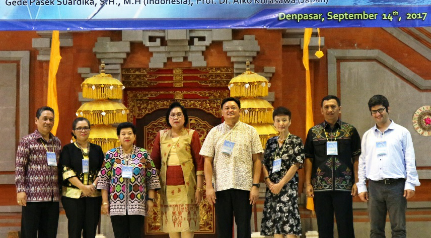 The Dean of Faculty of Arts, Udayana University along side with the keynote speaker of International Seminar "Building Collaboration and Networking in a Globalized World".

International Seminar which was opened by the Dean of Faculty of Arts, Udayana University, prof. Sutjiati Bratha was attended by four key speakers such as Prof.Dr. Nestor Castro (Philippines), who delivered the material about the Social and Humanities Students in Southeast Asia, Prof. Dr.Aiko Kurasawa (Japan), who delivered the material about Indonesian Historiography, Prof. Dr. Yekti Maunati (Indonesia) about the International Building, Dr. Hakan Gullcierce (Turkey) on the Journal in Globalizationi, as well as Gede Pasek, S.H., M.H. about "The Power of Culture in Building Networks in the Age of the World Without Borders". Not only the four speakers, but this seminar continued with the panel presenters as many as 45 people from various countries. (Ism)