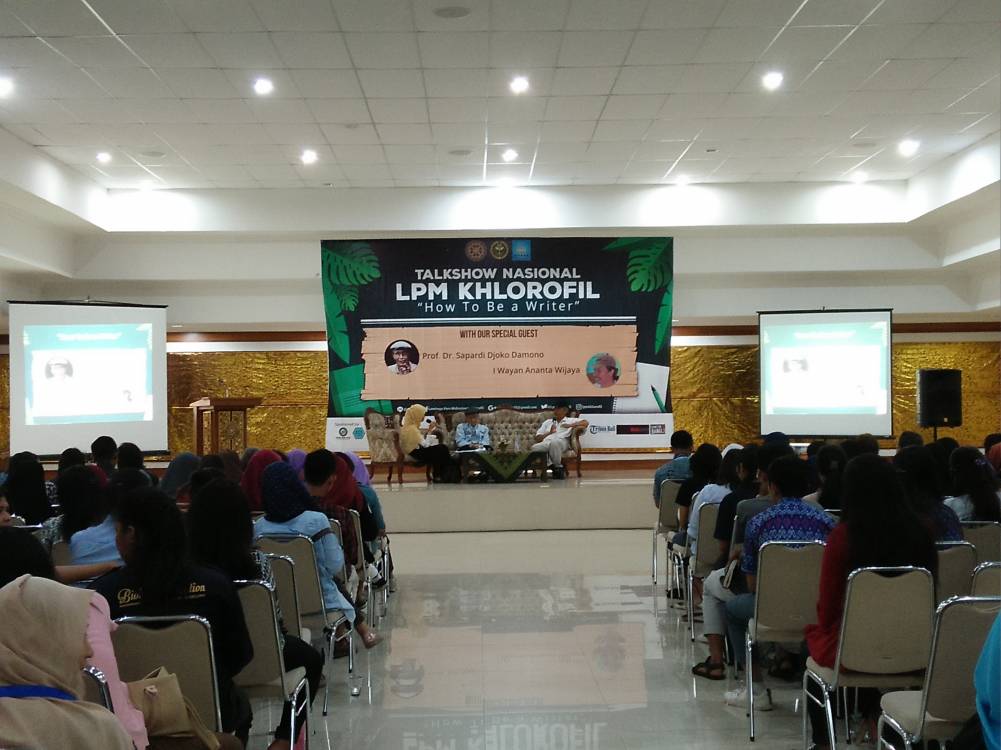 Denpasar- On May 5th, 2017 had been held inaugural the National Talk show by Khlorofil Student Press Organization, Faculty of Agriculture, Udayana University. The theme of the talk show was "how to be writer" which was aimed at inviting students and the general public to foster a sense of want to write.

In this year the Khlorofil Student Press Organization commemorates the 16th Anniversary and is marked by carrying out the National Talk show. The speakers who attended the event were Prof. Dr. Sapardi Djoko Damono as a writer of Indonesia and I Wayan Ananta Wijaya as a coach of SMA Negeri 3 Denpasar Journalism.

This event opened with a special performance from Latief Ikhsan (stand-up comedy) and the senja community performs reading poems with music at the rest time.

It is located at the Nusantara hall, Agrokomplek building, fourth floor of Sudirman campus of Udayana University, Denpasar. There are 200 participants attended this event. Furthermore, the committees were students of Agribusiness, Agro technology and Landscape Architecture departments.

"How to find a writer, and see that the current condition of Indonesia is lacking young writers, through this activity we motivate the young generation to write, both fiction and nonfiction writing," said Indra Riza Safroni as Chairman of the National Talk show 2017.

It is expected that the next talk show must focus on participants and improve the facilities and quality of the speakers. (manik)