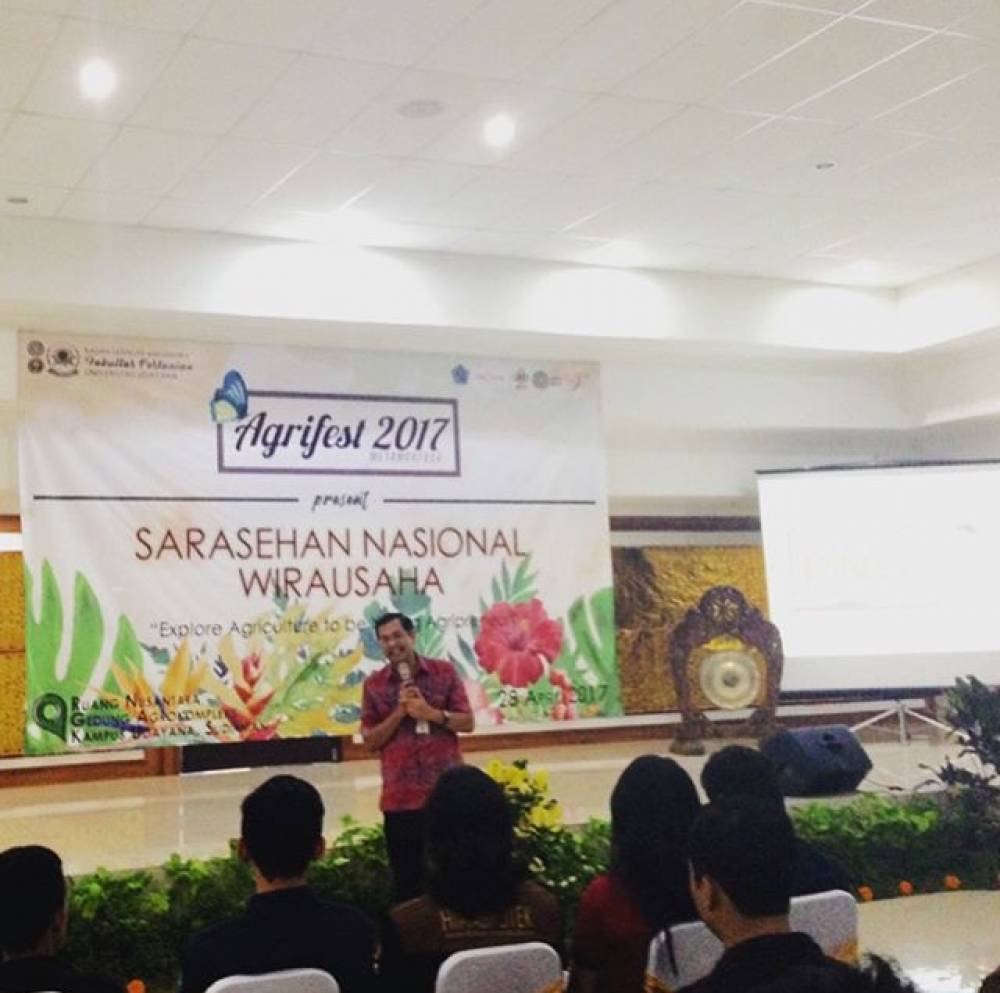 Jumat (28/04), (BEM FP) Faculty of Agriculture Udayana University brings Agrifest 2017 with a seminar entitled "SARASEHAN NASIONAL WIRAUSAHA" on this occasion carrying the theme "Explore Agriculture to be Young Agripreneur" and held in Nusantara Room, Agrokomplek Building, Sudirman Udayana Campus. The event was opened by representatives of Denpasar Mayor, Ir. Gede Ambara Putra (Head of Agricultural Department of Denpasar) as well as a keynote speaker, was attended by almost 200 participants. The invited guests who attended the event were Denpasar Government representatives, Udayana Agriculture Faculty Deans, Udayana Business Incubator Chief (InBis), Chairman of the Association of Indonesian Farmers (HKTI) Denpasar, all Heads of the Department in the Faculty of Agriculture Udayana, as well as all Head of Student Institution in Udayana Faculty of Agriculture. Preparations that have taken six months back have prepared the event so maturely, by setting up the committee, defining the concept of the event, determining the speakers, and preparing the equipment on the event H day. 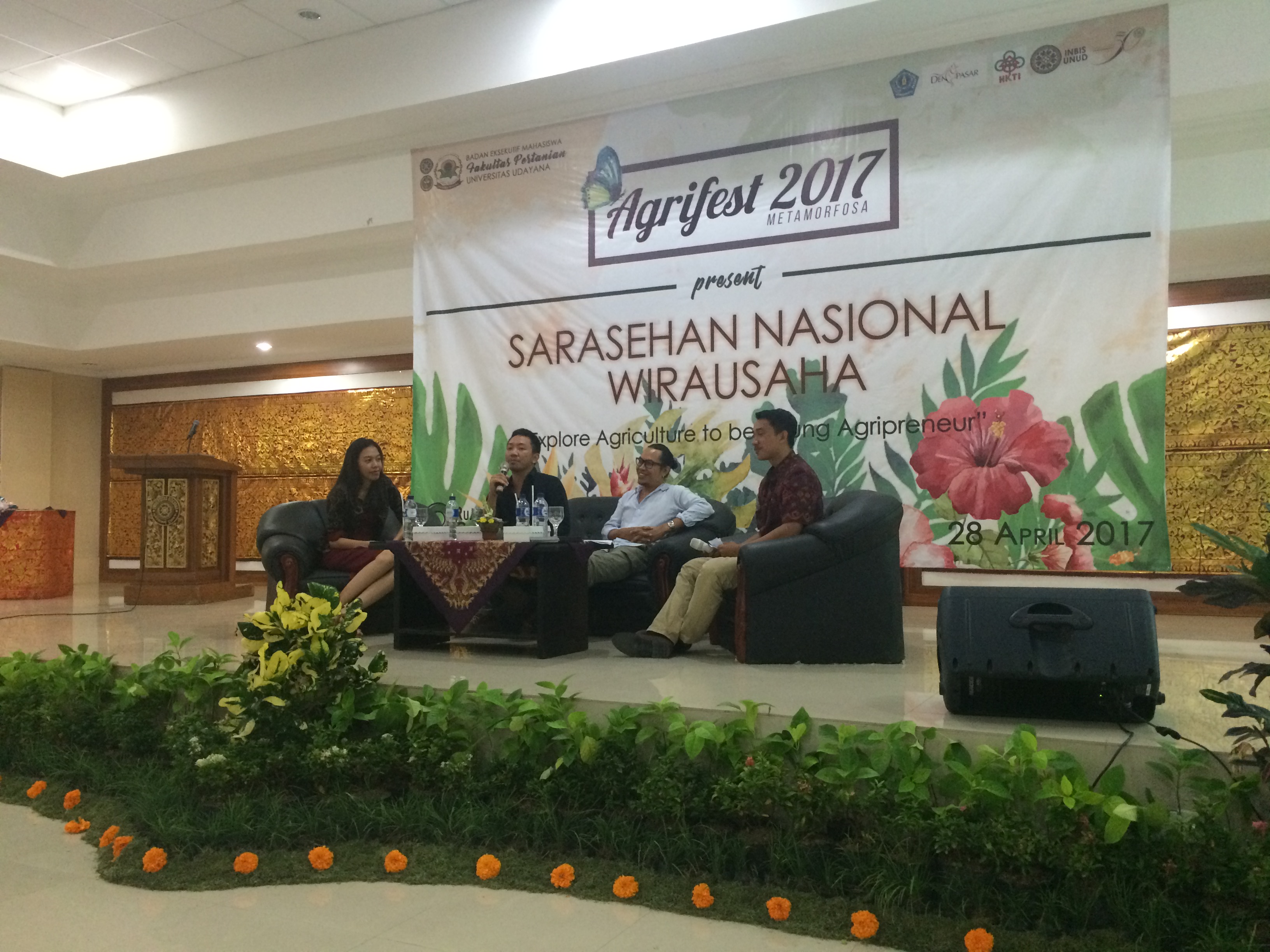 The atmosphere of talkshow sessions in the National Entrepreneurial Workshop

The speakers who were brought in for the success of this event came from various backgrounds. The first speaker as a keynote speaker is representative of the Mayor of Denpasar, Ir. Gede Ambara Putra (Head of Agriculture Office of Denpasar City) speaks about agriculture which is seen from the side of government. Then also continued with the second speaker namely Gede Robi who is the current background became a true musician his vocalist Navicula, as well as an activist. He delivered material on how from the side of an activist looking at agriculture. And the last speaker was filled by Dr. Made Windu Segara Senet, with a background as a practitioner and owner of Mangsi Coffee, filled a talk show with material on how to become an entrepreneurial practitioner in agriculture. Not only filled with talk show activities with the speakers above, this event is also filled with exposure activities for Business Plan Challenge winner (BPC) which is also part of Agrifest 2017 series for Dekanat trophy. According to Agi, as the chairman of the event, which became the purpose of organizing and aggregating this Agrifest event with an entrepreneurial seminar form is because through this seminar activity is expected to explore and give birth to ideas for entrepreneurship, especially in agriculture. So that agriculture is not only about farming, but agriculture can also be empowered to be a resource in entrepreneurship. It is expected that through this seminar event can broaden the way people think about agriculture, so it is necessary to do activities aimed at deepening entrepreneurship in the field of agriculture. (arisugama)