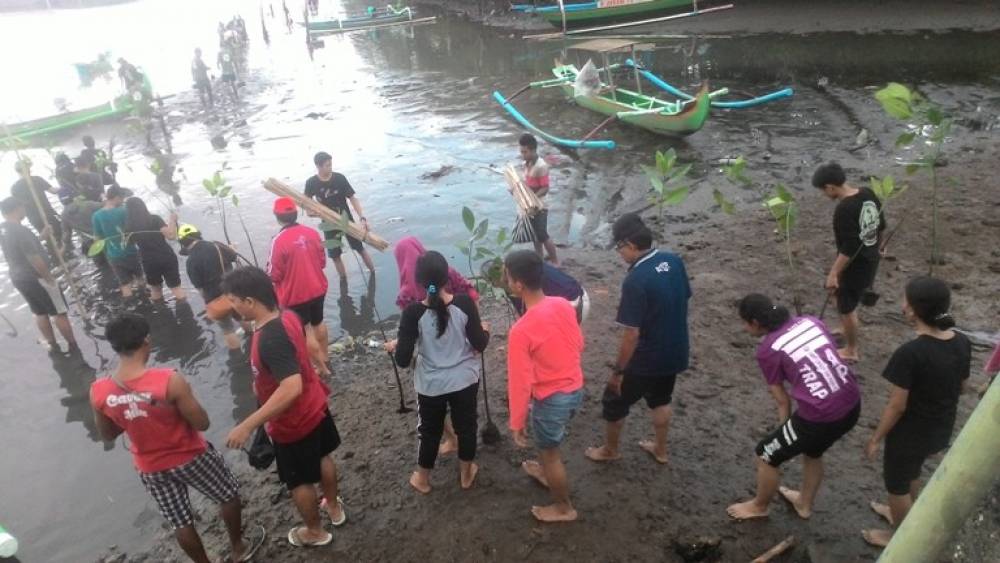 The mangrove tree planting becomes program of work of Physics Student Associations 2017. This work program called “GO GREEN PHYSICS 2017”. The event was also attended by the students of  SMAN 1 Denpasar and SMA 2 Kuta.

Head of the Department of Physics, represented by Dr. Ir. Hery Haryanto, in his speech said that this activity is part of the implementation of the lessons learned in school or at the campus with reality nowadays.

"Not enough just to know the theory, if not accompanied by practice in the community"

The Head of the Fishermen Group, Made Sumasa, expected that this activity could be sustainable, because mangrove can only be known their live about 70% when the age of two years.

"I hope that this activity is not just today, but it can be sustained participate maintain what has been planted"

Linsa Dewi Suteha, the Head of Physics Student Associations, said that this is part of the work programs for environmental devotion.

"Not only the dedication to the community, but there is also a devotion to the environment". (lie)