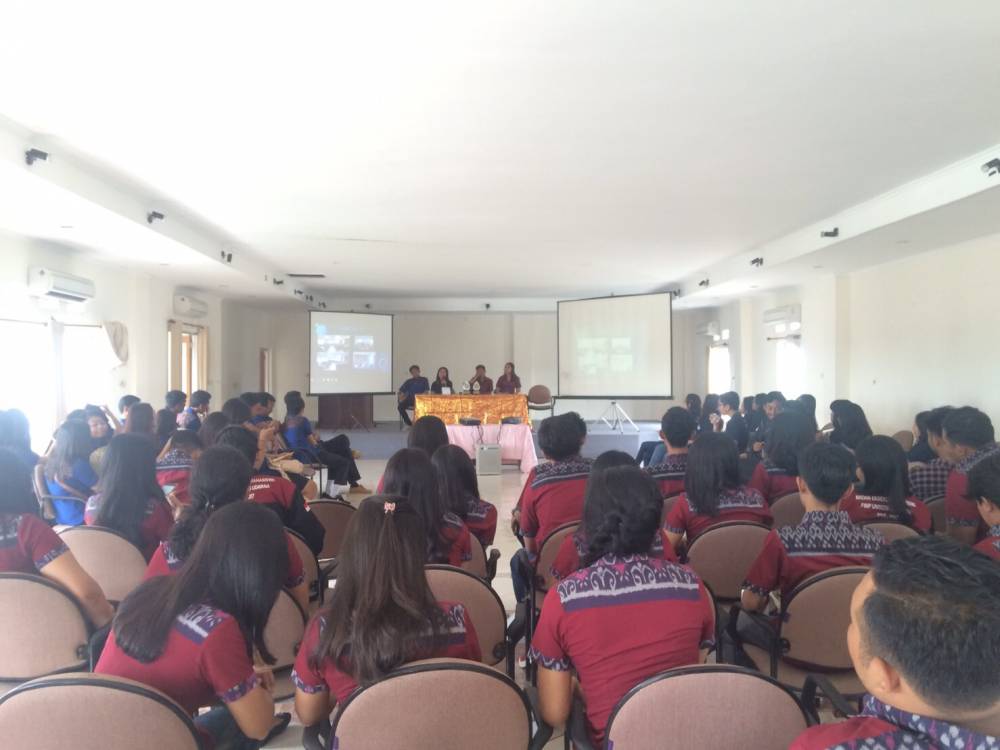 The atmosphere of the event

After that, the agenda was continued by the introduction of the head of other two universities students’ organization, discussion of orientations in the three universities; Undiksha was the first then continued by Warmadewa and Udayana. In addition, BEM Fisip Unud also asked the other two to join and take participation in the festival which had been introduced in the first agenda. The conclusion of this meeting was they would collaborate in celebrating anti corruption festival. Last, it was closed by giving placard to the representatives of two invited universities. (ayuniantari)