There is a term ‘Fermi Estimate’. It is a logical measure to estimate somehow elusive quantity by using dimensional analysis, or to reach approximation, in a short time, of extreme scientific calculations. Although often raised examples of the problems to be solved by Fermi Estimate, such as, "how many tons does it become when I collect all ants

on the earth?" or, "how many trees are planted in the Denpasar city as roadside trees?" are possibly regarded as a kind of joke. But it is a well estimate technique often and naturally used in various business scenes so that ability of Fermi Estimate are sometimes examined in the interview examination of consulting companies in the United States and so on. Even example questions raised above apparently turn from joke-like to scientific enough, being rewritten as, "how much is the biomass of ants of whole the Earth?" and, "how much carbon dioxide is fixed by roadside trees in the Denpasar city?"

The outbreak of the new Corona virus made me realise several issues since the time kept indoors physically had increased. Firstly, it is, boldly saying, a sense of unity of the world. Although the world in the ordinary state, i.e., without Corona, has various forums that should be the place of conversation aiming at basically international peacebuilding, they often become the place where the conflict structure is clarified. Rather the Olympics, so-called the festival of the peace, may bring about a definite global sense of unity. However, the pandemic of the new Corona virus seemingly more raised a sense of unity of the world, notwithstanding the blockade restricting physical traffic among nations and cities. It was so at least before people see a sign of cessation of the pandemic as well as mutual criticism among the U.S., China and WHO began. As a village without unity may be united to prepare for the attack from neighbouring villages, and as a country under the continuous civil war may be united to prepare for foreign enemies, so occurred such an ironical phenomenon as the world could not but unite against an external enemy, the new Corona virus.

It was a sense of unity, however, on confronting the new Corona virus. Although there was and is a universal understanding that the most essential countermeasures to prevent the diffusion of the virus is to stop / to limit the traffic of its host, countermeasures practically chosen varied depending on each country, area and city. Since the pattern of infection and characteristics of symptom regarding the new virus were unknown in the initial stage, and even after some time such patterns and characteristics were found to vary to regions (for example, viruses in Wuhan City, China and in Italy), it became to be necessary to take countermeasures specific to each region.

Virus itself cannot independently move. Furthermore it can reproduce itself only in the body of its host, and it is a few metres distance only that the virus can spread by droplet infection out of the body of the host. The new Corona virus that seemed to start in Wuhan has nevertheless spread up to every corners of the world quicker than thought, which might express surprising speed and moving range not of the virus but of the modern human beings. Virus who was able to get on this high-speed and transcontinental vehicle naturally obtained the frequent chances of mutation, so that it seems as if there were different species of viruses respectively prevailing in Europe, America and Asia.

The human beings should have accumulated much know-how against infectious diseases, and it is proper to take the isolation measures first of all when an infection of unknown virus, with a loss of considerable number of lives, occurs. However, if rates of infection, crisis, aggravation and fatality of the virus could be clarified, the measures should diversify more, and become more effective. For example, if the rate of infection is low, yet those of crisis and aggravation are high, it should be most important to develop vaccine and /or anti-viral agent; conversely, if the rate of infection is high, yet that of crisis is low, it is possible to take measures of so-called population immunity.

There is a scientific way to calculate these rates, i.e., to carry out the polymerase chain reaction (PCR) test to “a great deal of subjects” selected "at random". Although WHO appreciated, at the end of May, Japan’s handling against the new Corona virus infection so far as a successful example, it is the fact that such PCR tests as to “a great deal of subjects” selected "at random" has not been conducted so far in Japan, and so these rates have been hardly defined, and even right up to the present time they are not clearly known. The reasons why the implementation of PCR tests stays in a low level in Japan were lack of capacity in terms of expertised human resources / infrastructure, and apprehensions of so-called collapse of the medical care system caused by overload in the system. In the meantime, the virus seems to be diversified into two or more types whose rates of infection and crisis, etc. are different each other.

The authorities have taken measures without convincing people of validity of those measures. People wanted an explanation by the authorities and specialists, such as “These measures are to be most effective since the infection route of the virus is like this, and the infection rate at contact with infected person in a closed space is xx percent, and the crisis rate and aggravation rate when infected are yy and zz percent respectively.” The specialists must have understood that it is essential to grasp these rates in order to take effective measures from the beginning. The results of practised PCR tests were, in fact, not concealed. Although the number of positive persons and

the number of persons to be hospitalised among the whole subjects of practised PCR tests have been reported in media everyday, these figures were not used as the base of countermeasures since PCR tests have been conducted only to the limited subjects, i.e., persons possibly infected with the new Corona virus and not at random. Even though they do not pass judgement on disputable credibility of the results of PCR tests, they make a judgement the results of the practised PCR tests only cannot statistically express the reality of the virus. It can be said that it is because of their “scientific fastidiousness”.

Finally I try to give an example of estimation. As mentioned above, the reason why the results of PCR tests were hard to be used in the decision process of countermeasures is that subject of PCR test was not a randomized control specimen and limited to persons possibly infected with the new Corona virus, and moreover, not all the persons suspected to have the infection were not tested due to the institutional capacity. In this context I thought the group of “well-known persons, or celebrities” would be ideal as specimen for estimation at large. This group has the following characteristics; among the group almost all members suspected to have the infection are tested, and results of the test end, in case it is positive, diagnosis, treatment and follow-up of each member are reported in detail. Well-known persons, or celebrities here is defined, tautologically, as persons who are so well-known as being definitely reported in daily news such as TV if he/she is infected with the new Corona virus.

The data assumed are as follows.

These inferences, for example comparing inference 1 above with the number of people infected reported actually, may furnish a basis to a vague observation “There might be a considerable number of people who can infect others with the virus, and yet have not been tested PCR, whether they have subjective symptoms or not”. From inference 2 above, supposing the number of people infected during the term shows Gauss distribution, taking the average necessary days of hospitalisation into consideration, it is possible to calculate the necessary number of hospital beds in that municipality. Furthermore, the ratio of infection that can be decreased based on the inference 4 above may furnish a basis to closure measures of specific facilities.

Although the estimate above was just only a virtual trial, I am convinced that the Fermi Estimate would provide validity in countermeasures taken by decision makers who are required the correspondence of quick and effective and reasonable to the people in case of emergency such as the outbreak of a new virus. 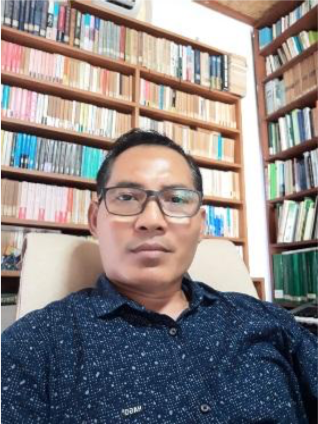