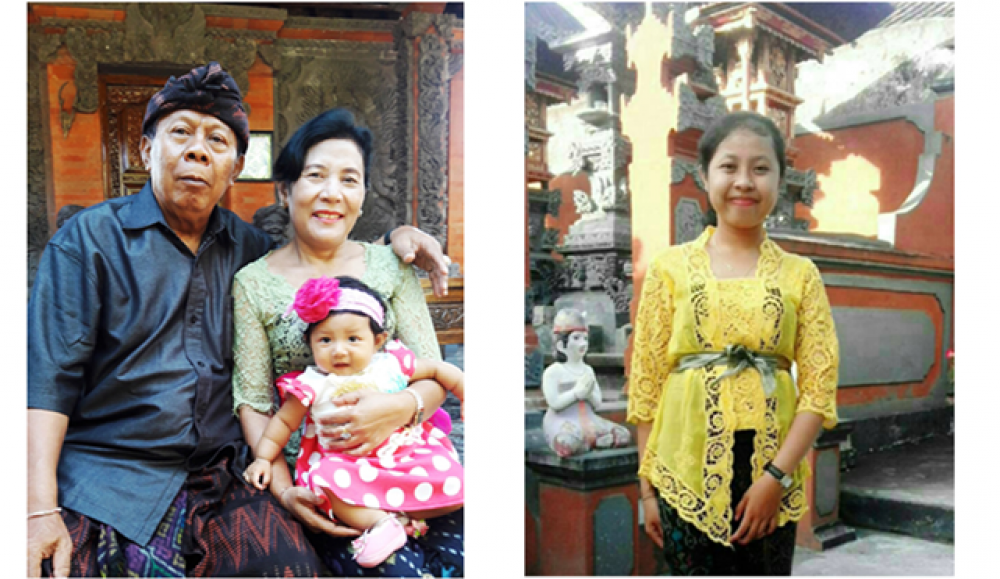 Galungan is celebrated by Hindus every 210 days, on the Budha Kliwon Dungulan Balinese calendar. While Kuningan days is part of a series of Galungan which falls on the 10th day after Galungan, on Saniscara (Saturday) Kliwon Wuku Kuningan. In 2017, the feast of Galungan falls on April 5, while the Kuningan days falls on April 15. However, the circuit can be felt from Tumpek Wariga until a later Pegat Wakan day.

The majority of Hindu would undergo this circuit in accordance with the existing tradition. However, how we can explore and interpret circuit feast day which falls once every six months?

Victory Dharma and descent of the Ancestor

Met at his residence in Misool Denpasar street, Drs. I Made Karda, M.Sc. which is a lecturer at Udayana University on the subject of Hindu Religion and Ethics, shared about the meaning of Galungan and Kuningan. According to him the meaning of Galungan, can be divided into tattwa, susila and upakara, from studying philosophy and the implementation of the series ceremony. However, he stressed at the time of the Galungan, we are more focused on implementation and manufacture of ceremony, where a series of Galungan, we are given the opportunity to held with real action of victory against Adharma of itself. “In my opinion, interpret of Galungan day is thinking, said, as well as a positive act in which we implement in our daily lives so that my family is able to feel more cheerful, happier, and mild in carrying out religious activities "Galungan is a time when we understand both of the theory and practice of religion" he added. The Adharma in question is present disturbances when we are carrying out the teachings of Dharma, including those contained in the Sad Ripu themselves. If we can fight against Sad Ripu or yourself, a greater meaning than we win with the enemy in the war. "While the current Brass, we interpret and celebrate by believing that our ancestors have been present at the time and we can greet with asceticism and self-introspection or mulat sarira" said constructor in this UNUD FPMHD.

It is connected with Mr.Karda, Ni Kadek Marita Dewi interpret a series of Galungan as our time to against adharma or all the bad things that there are in the world or in ourselves up to dharma or the peace of the true, so in the Galungan days we celebrate the victory of dharma against adharma itself, and on the next day or the day after Galungan "sweet Galungan" we received a fruit / sweet fruits or outcomes of the victory of dharma.Unud FPMHD Secretary General added that at the Kuningan days, he believed that the ancestors or Sang Hyang Pitara down to earth to receive our holy offerings, and in the afternoon he returned to his Stana. So it is usually on the feast of Kuningan we do praying more morning than Galungan / day usually.

As a student, Marita revealed that there are differences in how he interpret Kuningan and Galungan days then while he in senior hight school. "In addition more open thinking as well as the different routines, as long as a student I did not stay at home with my families, so there are some circuits that I do not at home, but at the secretariat FPMHD-Unud I often call the" Forum "and I consider as my second home, in the forum we do everything together, from praying together on a series Sugihan Java or Bali, then prepare a worship tool, make penjor until clean up the forum so that in Galungan days become comfortable situation "he said.

Although Hindu society has to implement and interpret Galungan days by way of style and ability of each, Mr. Karda still see there is mistake in carrying out and interpret Galungan and Kuningan days. "First one, when people do not do what should be implemented in the day, as there are no prayer and even performing other activities that are not related at the time of the Galungan and Kuningan" he said. He continued as the cohesiveness and unity began to decrease in the implementation of Galungan day, "Although people grow their own, make your own, or even just stringing, I think it's not an aberration, the important one is the implementation of togetherness". As with Penjor, he feels people are still able and willing to continue this tradition and run properly. "At least in the neighborhood of my village, people are still routinely of making Penjor, an important earnest intent and ability to adjust to each and certainly understand the importance of Penjor itself."

Its different with Marita, a student of Agribusiness the Faculty of Agriculture's said there was still a lot of mistakes in defining a series of Galungan and Kuningan, especially a series of Galungan. "For example, when Penampahan, the fact that the religious books or scriptures, at that time we fight with sad Ripu / six enemy within / Adharma is done with the symbol cutting / slaughtering animals such as chickens, ducks, and pigs, but many that has been cut or slaughter animals on a Monday evening (one day before Penampahan) and at penampahaan (Tuesday) just stayed cook only with reasons to streamline the time "he said. According to him Penampahan also should install or set up Penjor but there are still many people who founded Penjor in two or three days before the celebration of Galungan on the grounds of time is too tight.

Praying Together Until Seminar

For the Udayana University academic community, Mr. Karda hope that in Galungan and Kuningan still remember with Swadharma be religious people according to ability, At least pray and read the sacred literature. "In the future all Hindus at Udayana University to conduct joint worship at the shrine in Udayana University itself. Especially, if the later can be implemented small seminar attended by representatives of each institution in a series of Udayana University in welcoming Galungan "he added.

While Marita hope that students can better interpret the celebration of Galungan and Kuningan in order to win dharma really felt, in the implementation, there is no need to be fancy because the most important is the meaning of the celebration was truly felt. "My hope is that all people are able to celebrate it in an orderly manner, did not know the position, physical, biological and economic someone is" said this student in the 2014 generation. As a student and member FPMHD, when she and other members of Kuningan days usually "ngayah" in Sakenan Temple alongside local people and youth organizations as well as breathe hindu. "I hope in the future FPMHD-Unud could be a forum to worship together especially for students of Hindu Unud who go abroad or did not have a change to celebrate Galungan and Kuningan with the family, so that at least all students Hindu Unud can feel the essence / impression of the Raya Galungan and Kuningan" he concluded. (arisugama)