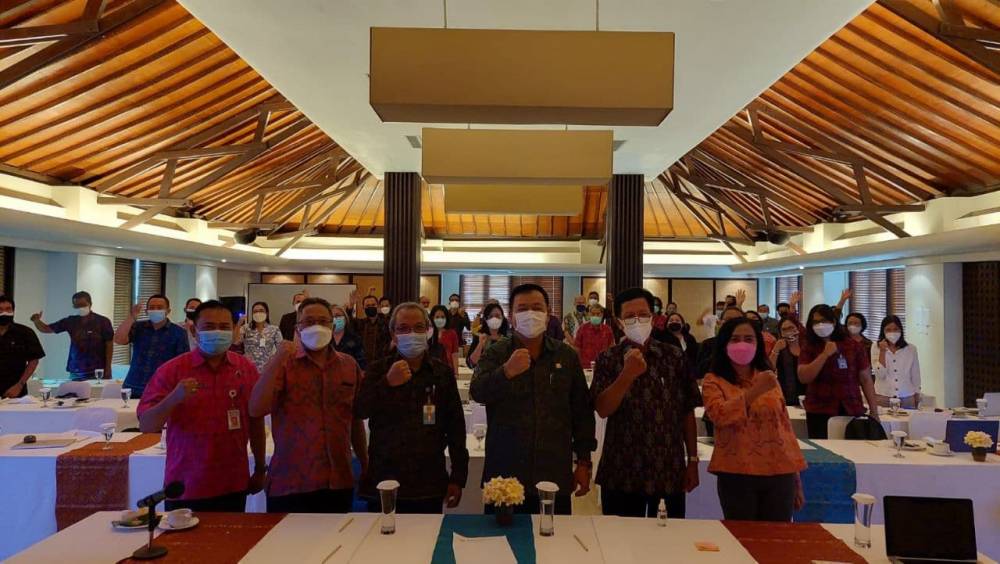 The Research and Community Service Institute (LPPM) of Udayana University held a Focus Group Discussion (FGD) on the Preparation of Guides for Independent Learning of the Independent Campus Building a Village/KKN-T, Tuesday (16/11/2021) at the Rama Beach Hotel Candidasa Karangasem. The FGD presented the Head of the Bali Province Community Empowerment, Village, Population and Civil Registry Office Putu Anom Agustina, S.IP., M.Sc. as a resource person who discussed material on Building SGDs Villages in Bali. Meanwhile, the FGD participants came from the Chair of the LPPM for Higher Education in Bali, the Coordinator of Study Programs and the Head of UP2M of each faculty at Udayana University. 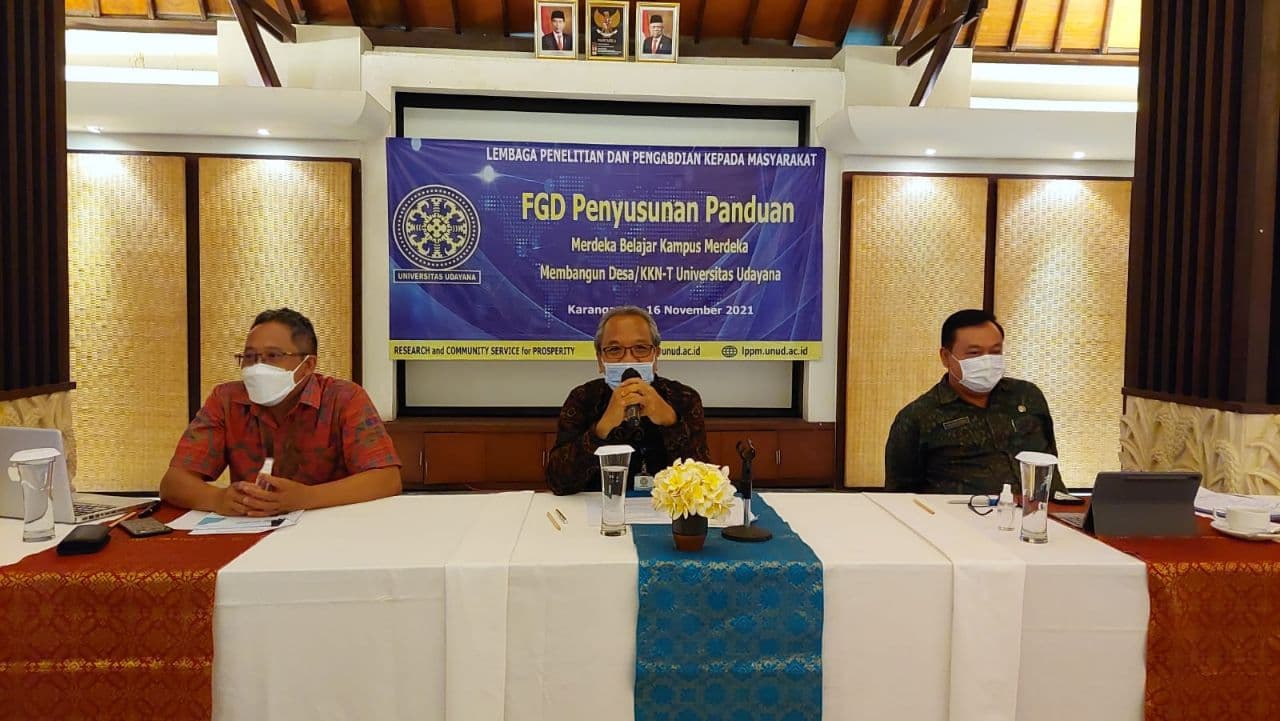 Vice Rector for Academic Affairs of Udayana University Prof. I Gede Rai Maya Temaja said this FGD was the final stage of preparing the guidebook. The Vice Rector hopes that through this FGD his party will get input from stakeholders, both from resource persons and participants in the preparation of the guidebook.

Head of LPPM Udayana University Prof. Suarsana said the process of preparing the guidebook had started since the MBKM program was launched by the Ministry of Education, Culture, Research, and Technology. Previously, LPPM Udayana University had initiated the formation of a guidebook preparation team consisting of the Study Program Coordinator, the UP2M Chair of each Faculty, and the KKN District Coordinator. The inputs given from the resource persons and participants are expected to make this guidebook more comprehensive, so that the MBKM program to develop villages/KKN-T can be implemented immediately in the upcoming KKN period. 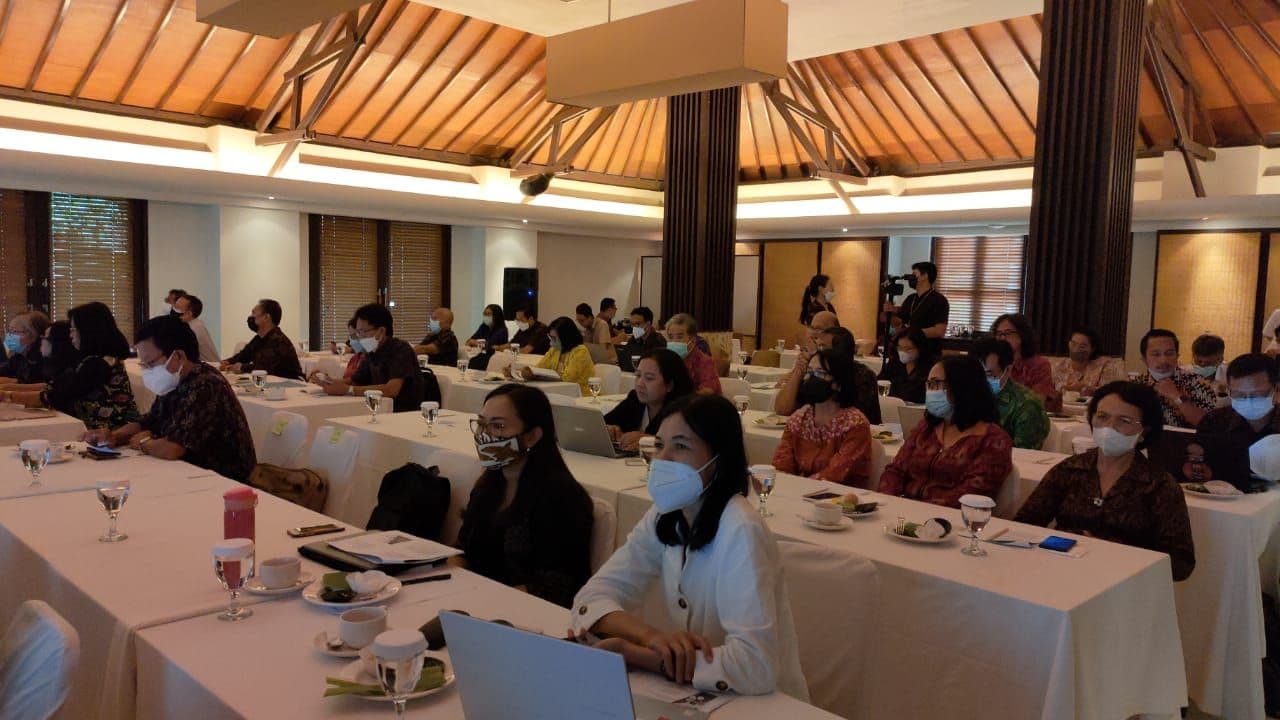 The head of LPPM also explained that there are some differences between the implementation of Regular KKN and KKN-T. Regular KKN is carried out within 1.5 months, while KKT-T is carried out within 1 semester. In addition, the Regular KKN is implemented by implementing the KKN program based on the potential of the village. Meanwhile, KKN-T is carried out based on certain themes originating from the 18 SDGs goals to then determine the KKN program that can be implemented in the village. Furthermore, based on the recognition of SKS, the implementation of Regular KKN is recognized as 3 credits. Meanwhile, KKN-T is recognized for 20 credits accompanied by several courses that have been determined by the Study Program Coordinator.

Head of the Bali Province Community Empowerment, Village, Population and Civil Registry Office Putu Anom Agustina, S.IP., M.Sc. as a resource person said, the village is one of the focuses of national development, so that village development is included in the 18 goals of the SDGs. He hoped that the MBKM Village Development Program/KKN-T could encourage the implementation of the SDGs in the village with KKN programs that were also in line with the goals of the SDGs. Moreover, synergy is needed between the government, universities, the private sector, and the community in an effort to achieve the Village SDGs goals.