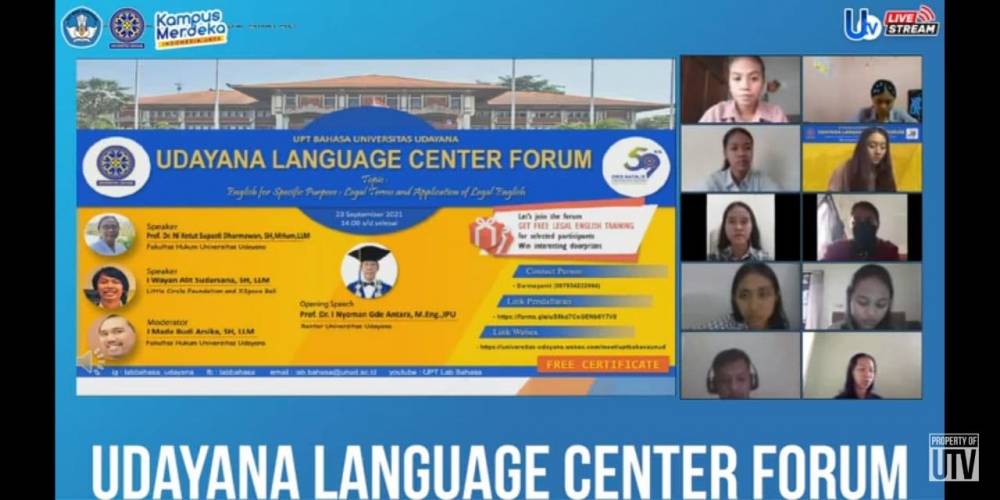 This activity was held in the context of the 59th Anniversary of Udayana University which falls on September 29, 2021. The theme carried at the ULC Forum for this Anniversary series is related to the use of English specifically (English for Specific Purposes) by taking the topic of Terminology and Legal English Applications. (Terminologies and Application of Legal English). 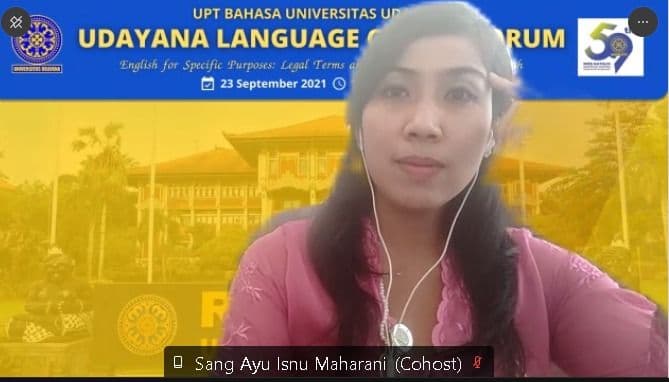 Sang Ayu Isnu Maharani as the chairman of the committee said that the purpose of this webinar was to introduce one dimension of English, namely the field of law. In addition, this activity is also expected to be able to make UPT Bahasa one of the leading sectors that encourage inclusiveness and an interdisciplinary approach in developing English. The webinar was enlivened by door prizes and free legal English training prizes for selected participants.

The speakers for this activity is Prof. Dr. Ni Ketut Supasti Dharmawan, SH, M.HUM, LLM is a professor at the Faculty of Law, Udayana University. In his presentation Prof. Supasti conveyed about how to respond to current and future needs not only for students but also for legal practitioners. Another resource person was I Wayan Alit Sudarsana, S.H., LLM, the CEO of XSpace Bali and President of the Little Circle Foundation who delivered his presentation on Legal English Practice: Experiences and Programs. The ULC Forum was hosted by I Made Budi Arsika, S.H. LLM. 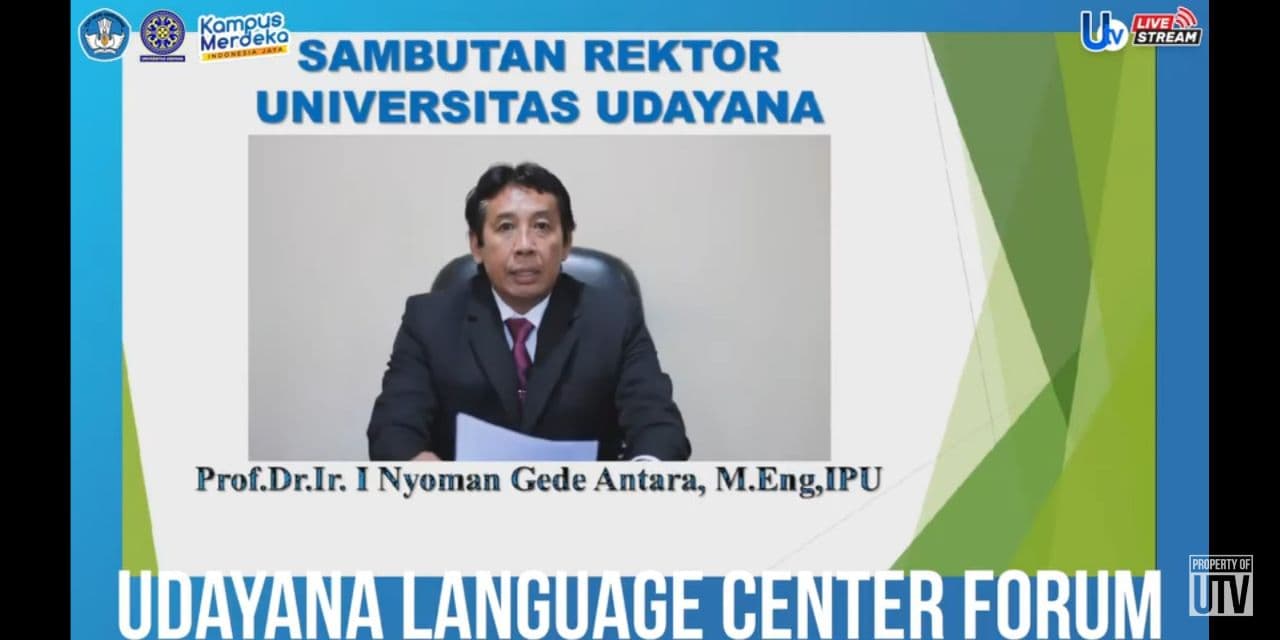 The ULC Anniversary series forum was opened by the Rector of Udayana University, Prof. Dr. Ir. I Nyoman Gde Antara, M.Eng, IPU and attended by 477 participants.

In his speech, the Rector said that the increasing intensity of the use of English has penetrated into various fields of science. Legal English (Legal English) is a language dimension that has its own characteristics. 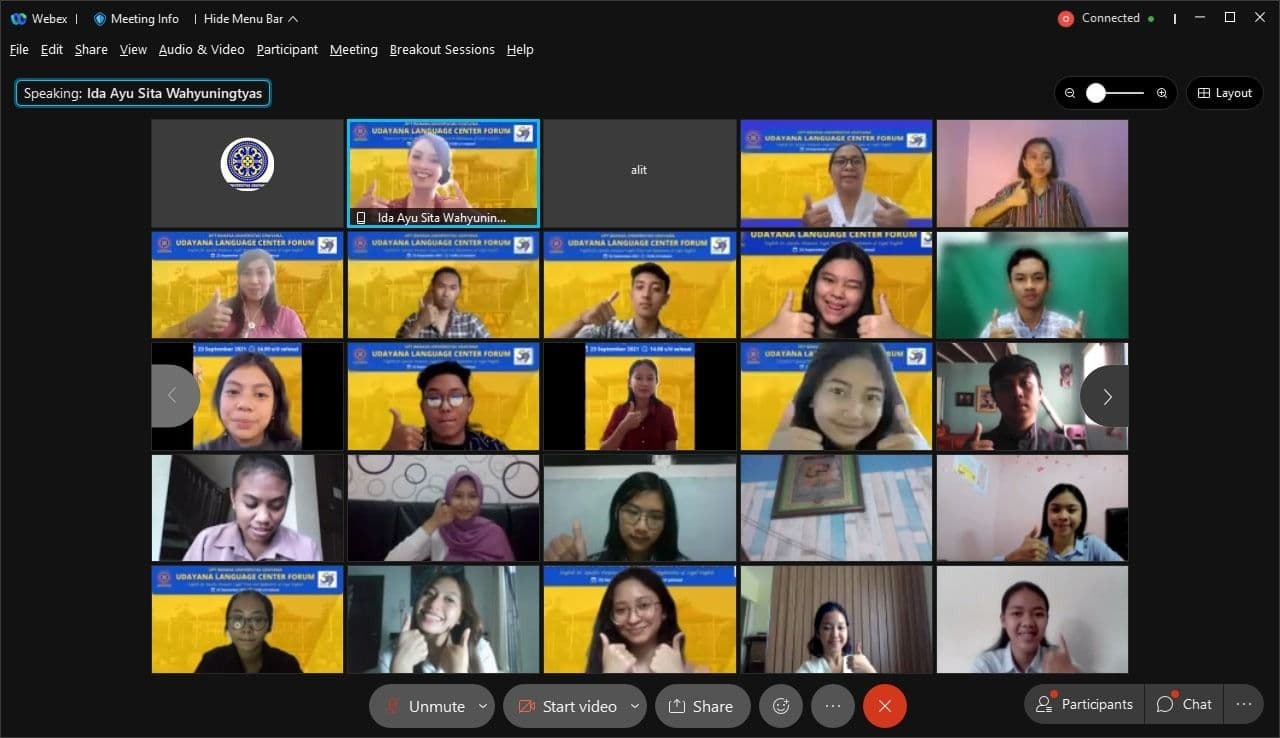 Legal English is used in both public law and private law. In the context of higher education, the demands of academic standards require academics and students to write and publish scientific papers in English.

Udayana Language Center would like to share information related to how English is used in the legal realm in terms of academic and practical aspects. The Chancellor hopes that the activities will not stop at this webinar, but will provide opportunities for interested participants to receive Legal English training.