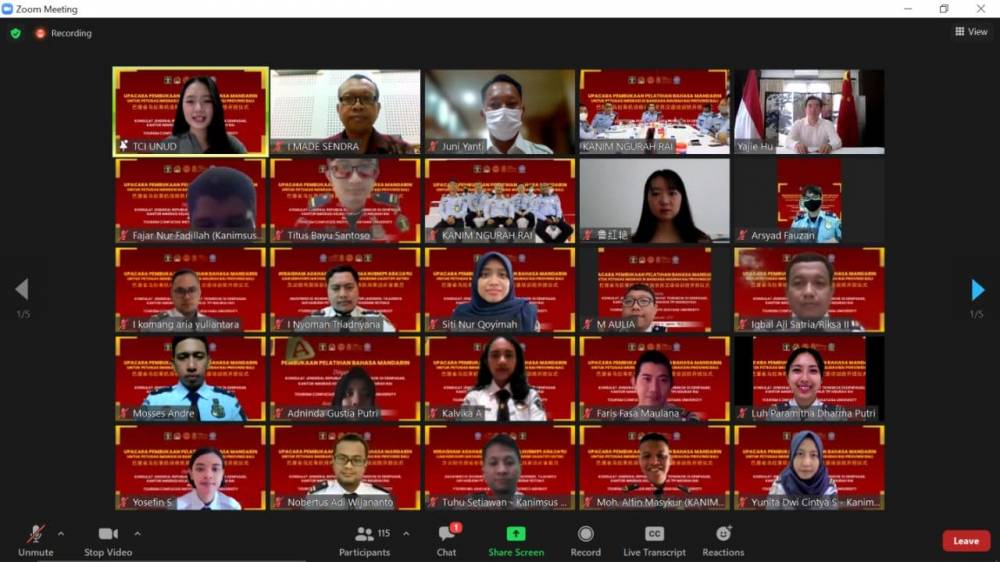 Denpasar, September 13, 2021, the Tourism Confucius Institute (TCI) of Udayana University held an opening ceremony for Mandarin Language Training for the staff of the Immigration Office Class I Special for TPI Ngurah Rai in cooperation with the Consulate General of the People's Republic of China in Denpasar and the Immigration Office for Class I Special for TPI Ngurah Rai. The opening ceremony was held virtually in view of the Covid-19 pandemic situation.

I Made Sendra as the Director of the Indonesia Tourism Confucius Institute (TCI) Udayana University in his report stated that the Mandarin language training for the Immigration Office staff of Class I Special for TPI Ngurah Rai was the first time it had been conducted. This training was attended by 137 staff of the Immigration Office Class I Special for TPI Ngurah Rai consisting of 5 people in the administrative section, 7 in Doclanintalkim, 2 in Tikim, 5 in Inteldakim and 5 in Immigration Checkpoints (TPI). 118 people. The implementation of this Chinese language training is carried out virtually for 3 months starting from September 13, 2021 to November 13, 2021, which is divided into 3 classes where every week is carried out for 2 times. This Mandarin language training activity is very important to do to prepare better services for every foreign tourist, especially from China who visits Bali, considering that Chinese tourists are a very potential market share for tourism development in Bali. 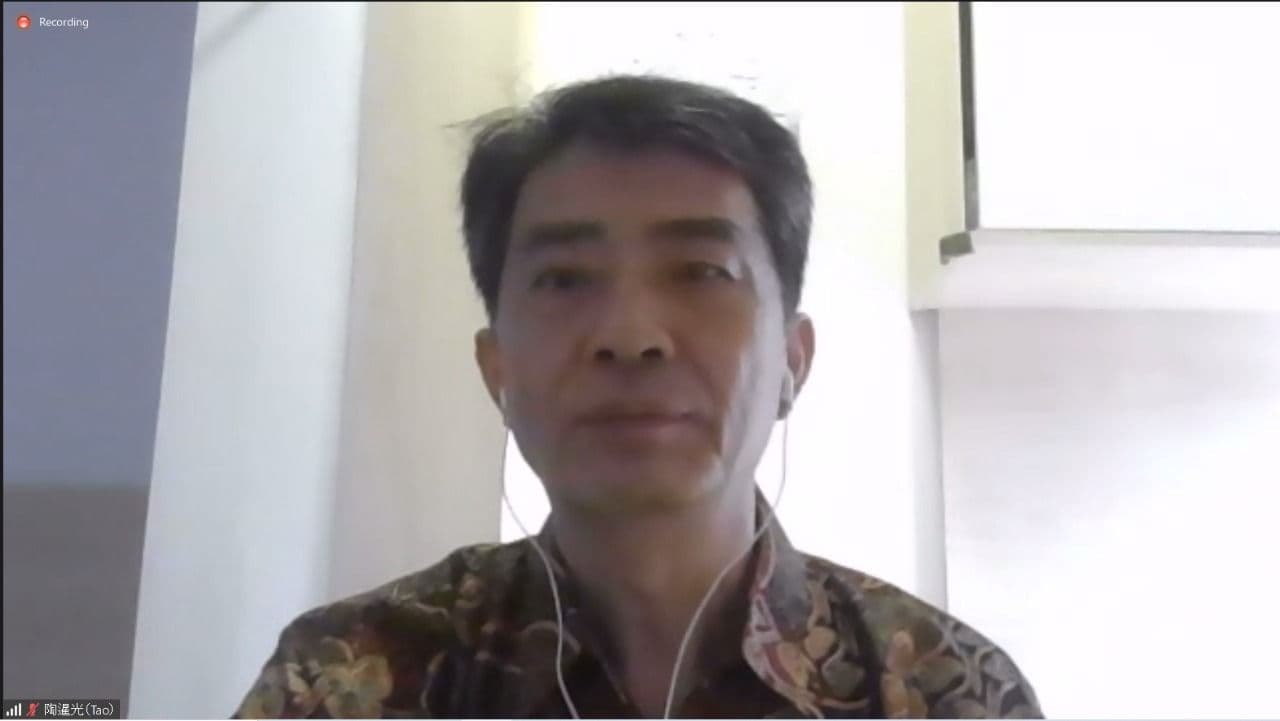 The same view was also conveyed by Prof. Tao Xian Guang as the Chinese Director of Tourism Confucius Institute Udayana University who in his speech stated that Bali is a famous tourist destination throughout the world because of its beautiful and beautiful scenery, and the people are also kind and friendly so it is very interesting to visit. Prior to the pandemic, China had become the largest source of foreign tourists in Bali and Bali was a favorite tourist destination for Chinese tourists. We believe that after the pandemic is over, Chinese tourists will visit Bali in large numbers, which will also fully activate the vitality of the Chinese tourist market in Bali. As a foreign relevant department that accepts foreign tourists and Chinese tourists, it will be very meaningful and enjoyable for the staff of the Bali Airport Immigration Office to learn Mandarin and communicate effectively with Chinese tourists in Mandarin, so that both parties can get closer to each other and make tourists feel right at home. 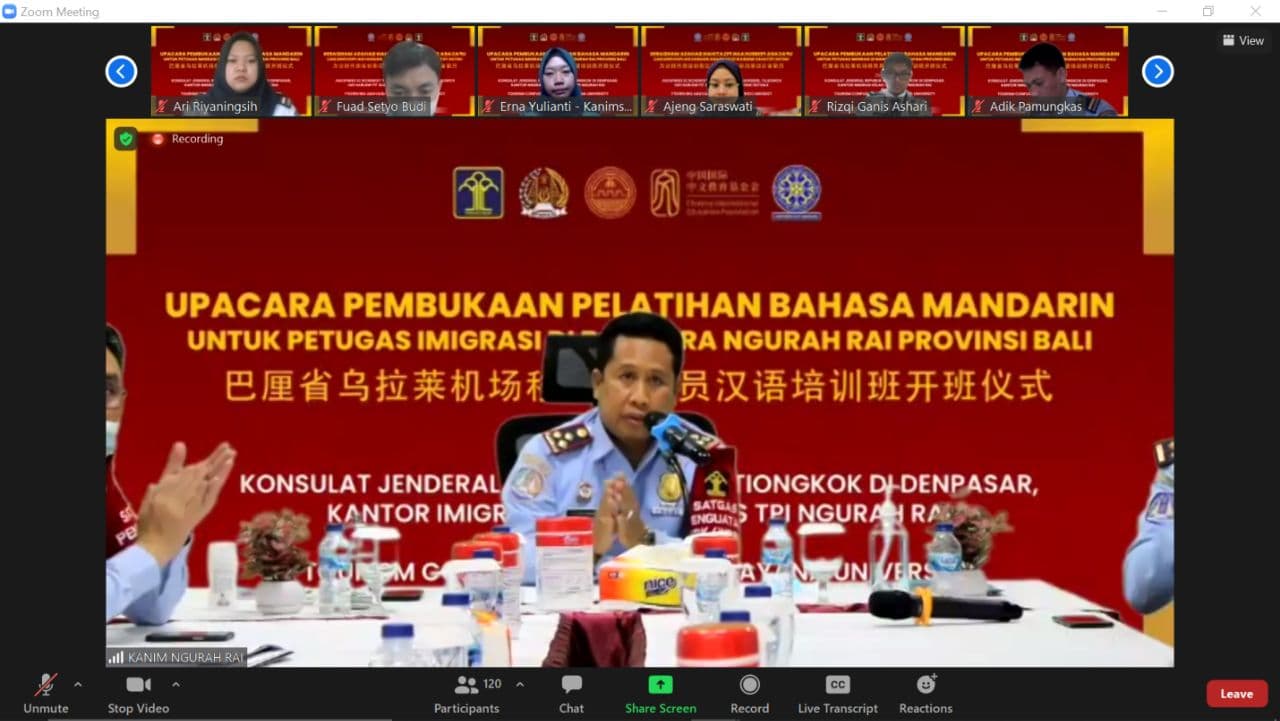 The same thing was also conveyed by Mr. I Nyoman Gede Surya Mataram, S.H., M.H. as Head of the Special Class I Immigration Office of TPI Ngurah Rai in his speech that diplomatic relations between Indonesia and China have existed for approximately 71 years, this relationship has been realized in various fields such as in the fields of health, education, trade, Mandarin language training and others. -other. The Mandarin language training activities carried out by the Consulate General of the People's Republic of China for the Immigration Office Class 1 TPI Ngurah Rai employees are one of the manifestations and good cooperation that has been carried out by the Government of the People's Republic of China and the Government of Indonesia in the field of language and culture teaching. We take this opportunity to express our appreciation and gratitude to the Consulate General of the People's Republic of China for facilitating the Mandarin language training activities. This training will certainly be able to improve the ability of the Immigration Office Class 1 Special TPI Ngurah Rai employees in Mandarin which is expected to also improve the quality of service for our employees to the community, especially the Chinese community. 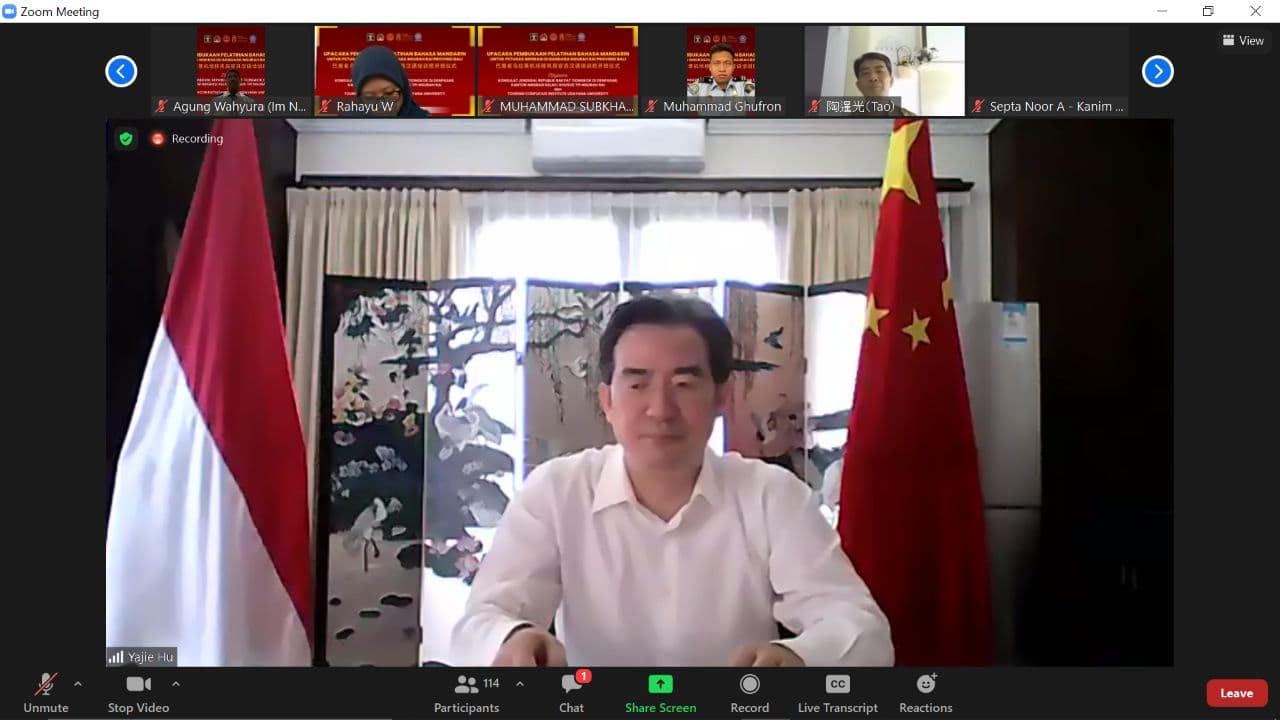 The opening ceremony was officially opened by Mr. Zhu Xinglong as Consul General of the People's Republic of China in Denpasar with the hope that the trainees will be able to take part in the Mandarin language training properly so that later they will be able to provide quality services to Chinese tourists visiting Bali. At the end of the meeting, a documentation session was held for the invitees and the training participants from the Immigration Office Class 1 Special TPI Ngurah Rai staff.