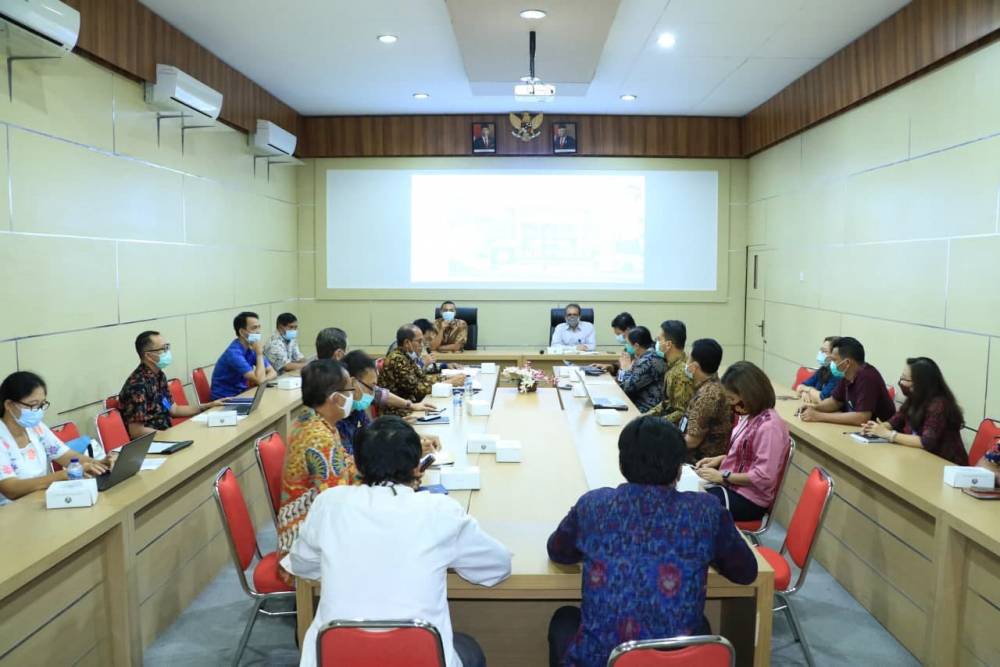 The Ministry of Finance of the Republic of Indonesia, through the Directorate General of Treasury, conducts Monitoring and Evaluation of the Public Service Agency (BLU) of Udayana University. Monev was held from 17-20 November 2020, which began with an Entry Meeting in the Nusa Room, Rectorate Building, Tuesday (17/11/2020). Present at the entry meeting were the Vice Rector for General Affairs and Finance, Head of Bureau, Secretary of LP3M, Chair of USDI, Secretary of BPU, and Heads of Divisions within the Udayana University Headquarters.

During the meeting the Vice Rector said that the components to be monitored and monitored were very clear, and it was hoped that the data prepared by Udayana University were appropriate. Through the implementation of M&E, it is hoped that there will be direction and input in order to improve services at the BLU Unud in the coming years.