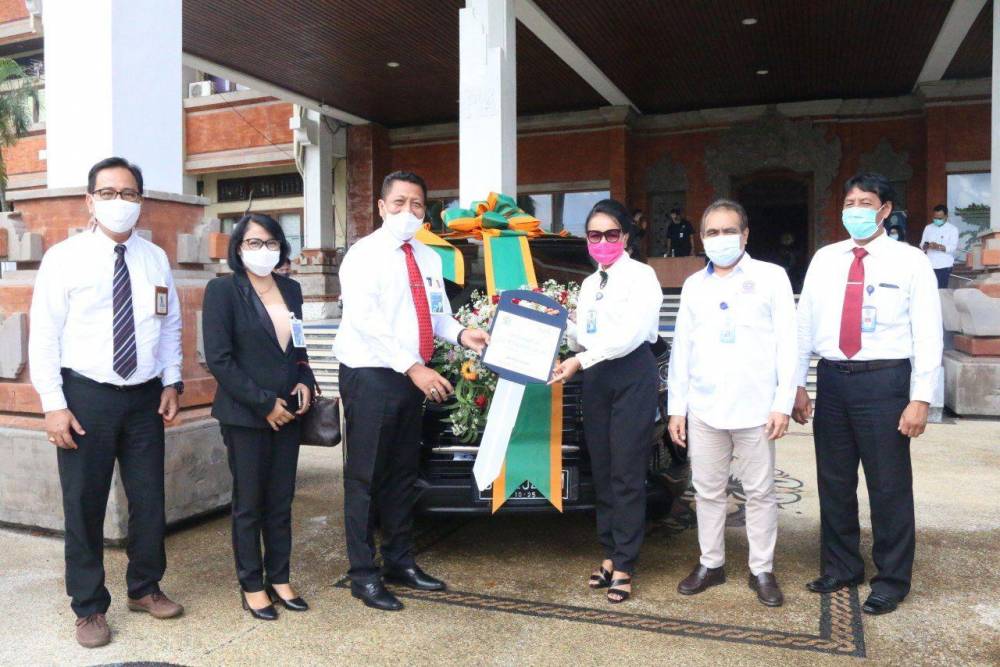 The handover of an operational vehicle grant in the form of a Toyota Innova brand vehicle by PT Bank Negara Indonesia (Persero) Tbk Denpasar Branch Office to Udayana University, Monday (26/10). The vehicle was handed over directly by the Head of Regional BNI Bali Regional Office, NTB and NTT I Gusti Nyoman Dharma Putra and received directly by the Rector of Udayana University Prof. A.A Raka Sudewi is located at the Lobby of the Rectorate Building, Jimbaran Campus. This activity was also attended by the Vice Rector for Academic Affairs, Vice Rector for General Affairs and Finance, Head of BNI Denpasar Branch Office and staff. This is the second vehicle submitted from the two donated vehicles, previously one unit was handed over in July.

BNI hopes that this activity can increase the synergy between the two parties. Meanwhile, the Rector of Udayana University gave his appreciation for the assistance provided by BNI. On this occasion a discussion was also carried out related to the ongoing cooperation and opportunities for future cooperation development.