Welcoming the 57th Udayana Anniversary with Matur Piuning and Masedek 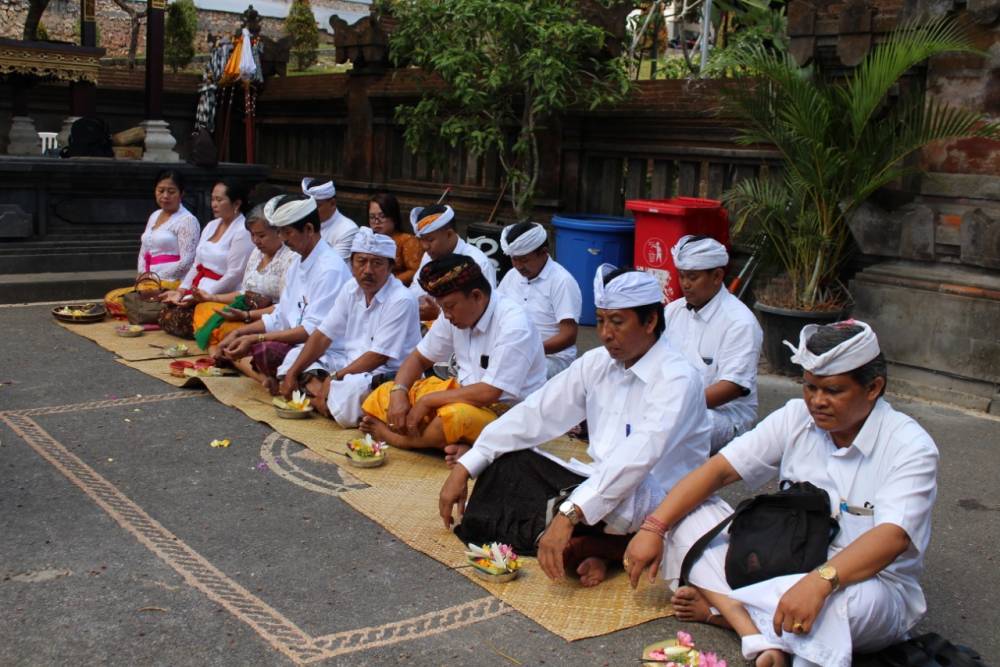 In the framework of  57th Udayana Anniversary, the committee conducted a maturity session on Wednesday (09/11/2019) at Widya Mahamerta Temple, Sudirman Campus and also Dalem Blembong Temple, Maha Widya Saraswati Temple, Bukit Jimbaran Campus. In addition, masedek was also carried out in several temples. Namely Durga Kutri Temple, Gunung Kawi Temple, Mengening Temple and Tirta Empul Temple, which was followed by the 57th anniversary natal committee. According to the Chairperson of the Anniversary Committee, I Gede Hendrawan, Ph.D said that this year's anniversary has begun to be prepared since the end of August. Piuning and masedek maturing activities are the first series of events carried out to prepare for the 57th  anniversary. Prof. Dr. Ir. I Nyoman Gde Antara, M. Eng., As the Vice Chancellor said that after the maturity of the conference will be continued with the event on September 14, 2019 namely Commemoration of King Udayana to several temples, on September 27th , 2019 there will be a series of family events, namely udayana eco fun walks that involve the academic community, alumni and several Udayana University partners. He also added that on September 28th , 2019 there would be a number of sports matches involving several friends outside of Udayana University, such as Undiksha Singaraja for tennis matches. The 57th  anniversary of  dies natalis is on September 29th , 2019 which is filled with a series of open senate ceremonies, scientific orations, awards of udayana awards and spontaneous family events involving the academic community