Ready to Hold the 32nd PIMNAS, Chancellor Expects Support from All Academics 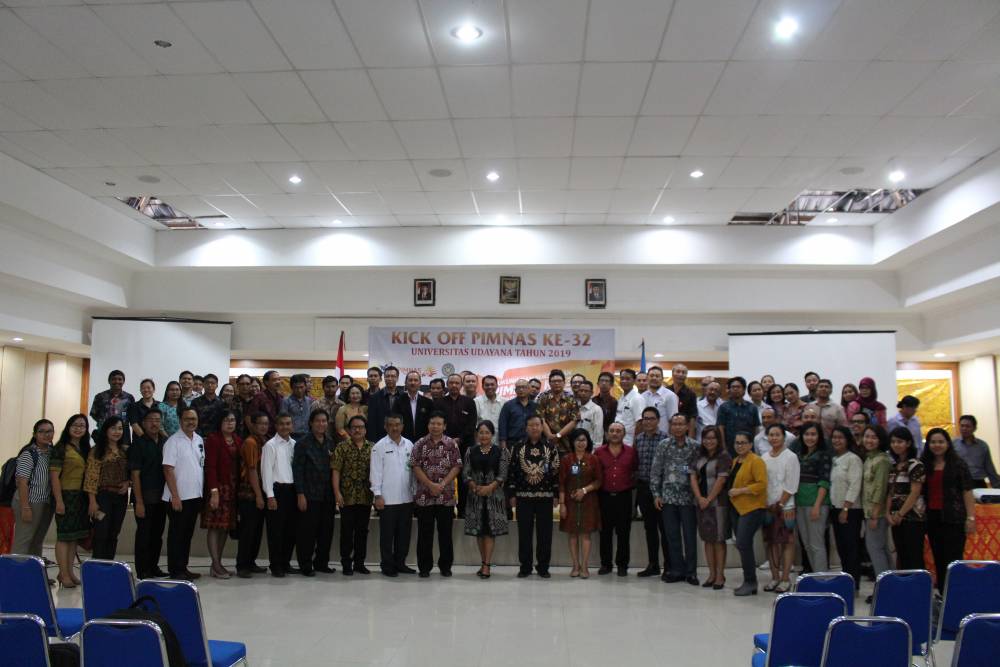 Udayana University held the 32nd  PIMNAS Kick Off on Wednesday (05/29/2019) at Agrokompleks Building, Sudirman Denpasar. This activity was the first meeting between all leaders in Udayana University environment with the 32nd  PIMNAS committee. In this meeting, the 32nd Division PIMNAS,  Chairperson of Academic, Dr. Ir. I Ketut Sardiana, M.Sc, presented the progress of the committee's work that had been done.

Chancellor of Udayana University, Prof. Dr. dr. A A. Raka Sudewi, Sp.S (K) said that Udayana University had prepared all the requirements for the implementation of the 32nd  PIMNAS, starting from facilities and infrastructure, transportation, accommodation, untuil the consumption. She hopes that the entire academic community can support the organizing of PIMNAS at Udayana University which will be held on August 27-31 2019. The 32nd PIMNAS is estimated to be attended by 1,700 students from 150 universities all over  Indonesia. (dwi, ben ) 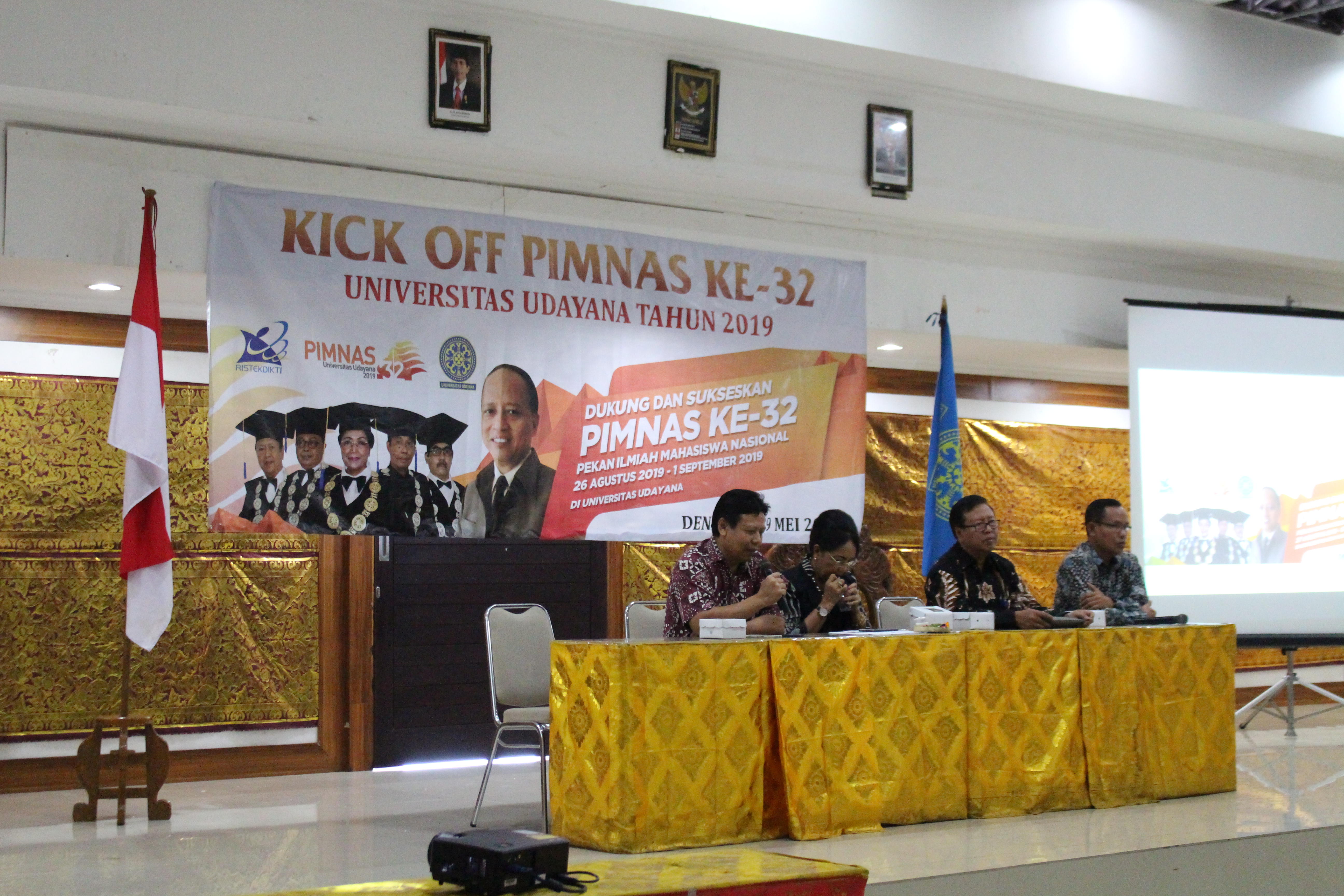