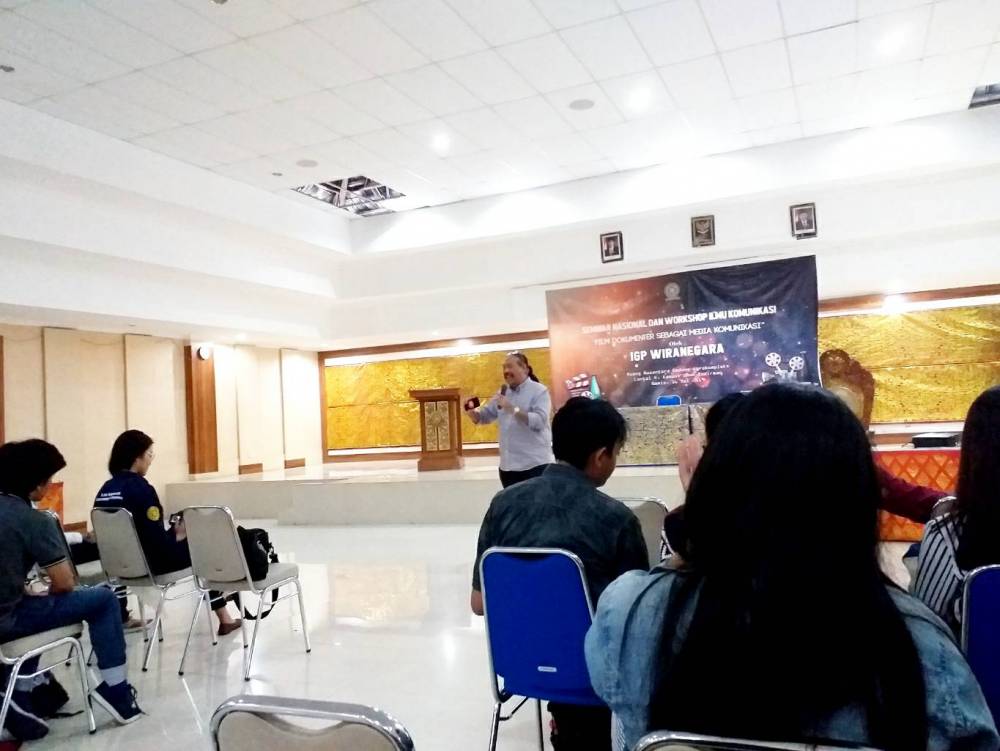 As a speaker and the documentary film director, I Gede Putu Wiranegara, he explained about the things that underlie the basic of documentary films, "in my opinion our existence nowadays with a smartphone can be fully utilized so that we can raise social phenomena, then bring them up into the form of film media, "he explained. Documentary films can also be used as material for discussion for students because they often raise social issues.

Dr. I Gusti Agung Alit Suryawati, S.Sos., M.Sc, as Chair of Communication Study Program at Udayana University, said that currently there are too many problems in the field and the crucial things that should be known by the community are covered by the presence of new media, "We need to record the correct information from the source as well besides you can read it. But with film media like this, the audience will be touched immediately because of the visualization of what that person experienced and the event feels like, "she further said. The activity this time aims to add insight and knowledge to young people, especially Udayana University FISIP Communication students about one of communication media is  documentary film. (vrd)