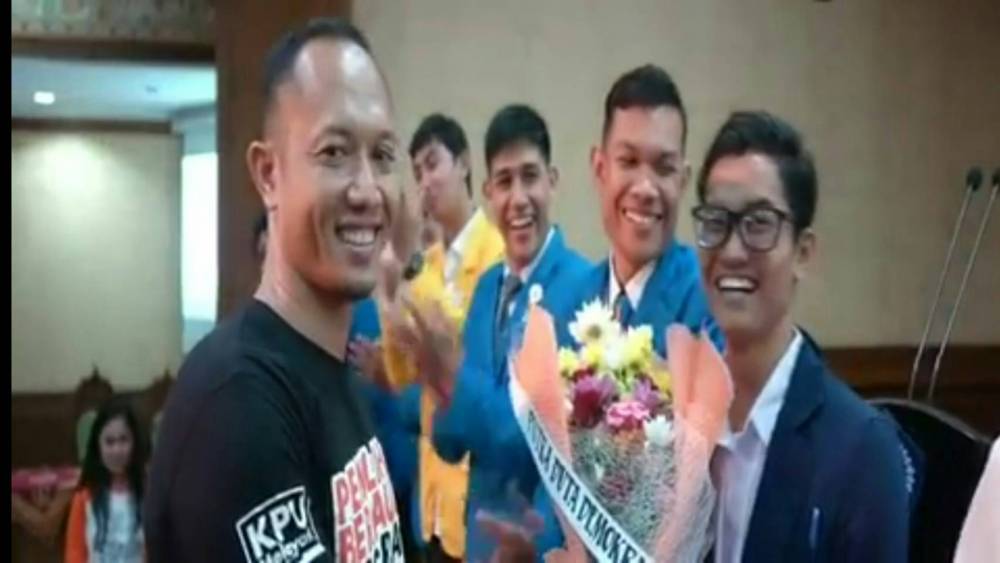 Fazral Anshari Berutu was successfully holding the title of 2019 Election Ambassador of Democracy held by the Badung General Election Commission (KPU). The event was held at the Kerta Gosana Building in Badung Government Center on April 14, 2019 which aims to increase voter participation, especially young people to exercise their right to vote in a democratic party. The election of 2019 Son-Daughter Ambassador Election for Democracy was attended by participants from among students from all universities in Bali.

Fazral Anshari Berutu is 2018 student of bachelor degree in the Faculty of Veterinary Medicine, Udayana University. He admitted if there were no special preparations made in participating this competition. After being elected as the Son of the 2019 Election Democracy Ambassador, he briefly told of his experience about speeches of general elections held in 5 sub-districts in Badung regency.

Carrying the title as the Election Ambassador of Democracy, Fazral talked about the essence of attending the general election that took place yesterday. He hopes that young people, especially students to be more aware  about the importance of general election in this country. The essence of the general election is the regeneration of governance in a constitutional manner that is safe, peaceful and orderly. Elections are not an arena to find the best leaders, but avoid the worst in power. So that in the future the role of the younger generation is needed to be aware of participating in guarding the continuity of elections to achieve an increasingly good Indonesia. (nlt/plt)