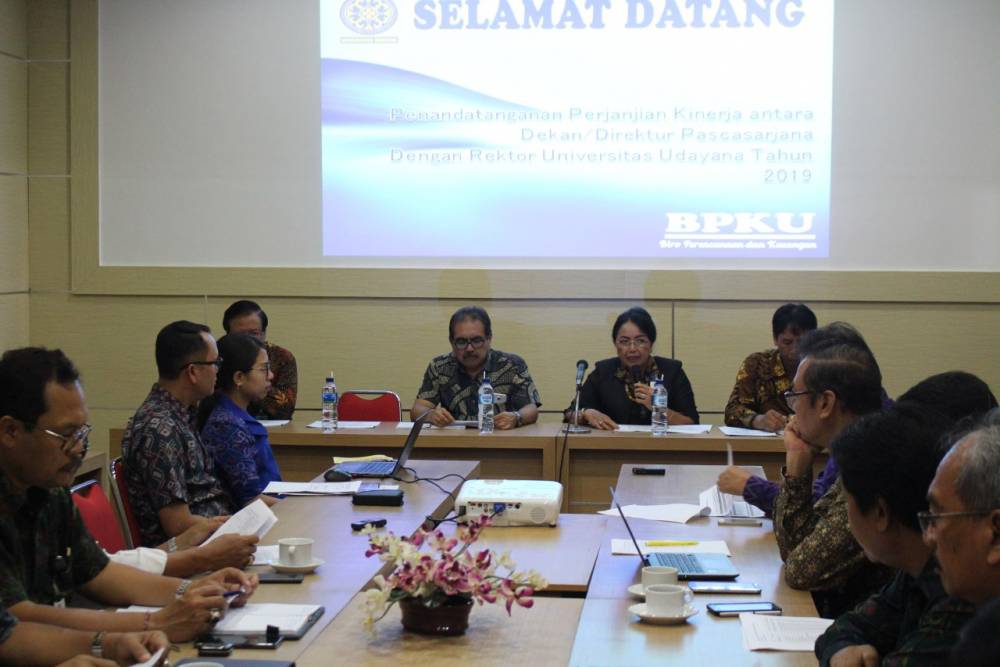 Chancellor of Udayana University, Prof. Dr. dr. A A. Raka Sudewi, Sp., S (K) said that at the signing of the rector's performance contract with the deans and the Postgraduate Director, she hoped that the performance was guided by justice, transparency and accountability. So that with this system, the performance that has been carried out to achieve the target can be accounted as well as possible.

"This is performance based. So I expect all units, both faculties and Postgraduate programs, will  work hard to achieve maximum achievement targets," said Prof. Raka Sudewi.

The signing of the next performance contract will take place between the dean and each study program. It is expected that in the future, both study programs, faculties, and units within  Udayana University can work as well as possible to support the rector's performance targets with minister who have been signed before. (dsk, adt)