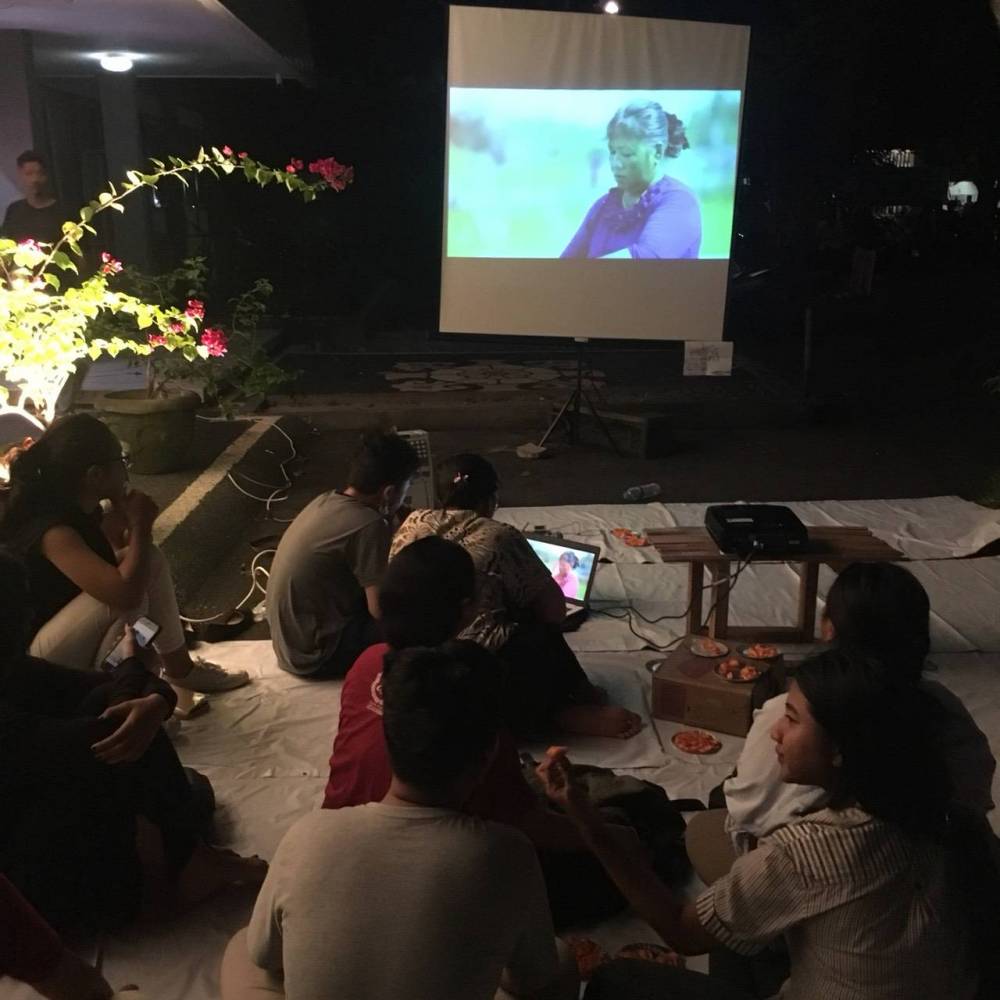 Denpasar - Friday (06/04), Udayana University’s Student Executive Board of Faculty of Social and Political Sciences (BEM FISIP) held a film screening with the title of Rayuan Pulau Palsu. The screening of this film was held at FISIP Campus, Denpasar. It was began in the evening and attended by about 50 students from various circles. In this activity, the organizing committee invited the former Governor of BEM FISIP period 2015-2016 who is also a social activist, M. Zainal Arifin.

When conducting an interview session with BEM FISIP’s governor, I Wayan Variady Wiadnyana, he said that film screening activity is routinely held and become a continuity program from the previous cabinet of BEM FISIP. This film screening of Rayuan Pulau Palsu through FISIP’s Terrace Work Program was aimed at attracting and cultivating the interest of students, especially in FISIP Campus, to be more sensitive to social and political issues that have occurred in the surrounding community.

At the end of the interview, the Governor of BEM FISIP hoped that students will become more aware that the actors involved in a policy will have positive and negative impacts. Therefore, as students, we are required to be more sensitive in analyzing which one should be upheld and which should be rejected if it brings disadvantages. (pratama)