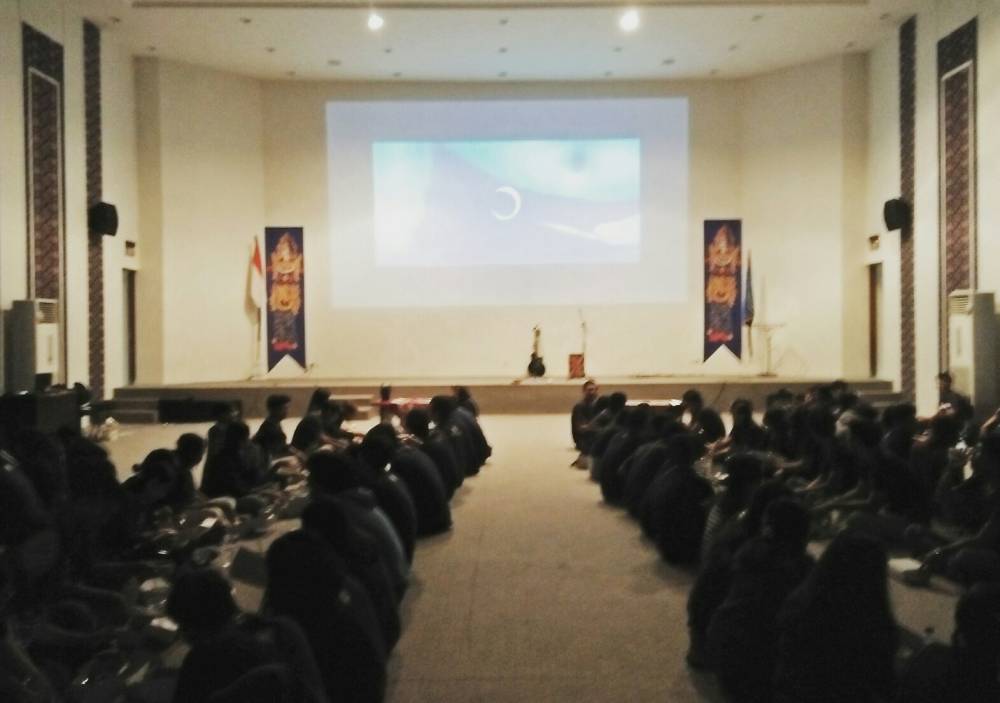 The atmosphere when students of Marine Science are having meal together, located at IPD Building, Jimbaran.

Denpasar (24/2) – the anniversary of the Marine Science Department took place in two different places. On this occasion, the celebration is packed with the concept of community service and kinship.

The entire family of Marine Science Students gathered together at Melasti Beach with several series of competitions such as sack race, hula hoop, balloon rupture, tug-of-war, and water pipe.

Through the competitions aim to build the cohesiveness of the participants in completing each competition. The obvious euphoria can be seen from the cheerful supports from the supporters. In addition, all students also do Beach Clean Up around Melasti Beach area.

"Because the main problem in the sea is garbage, especially when holidays, the garbage becomes piled up and by the time if we do nothing, it will disrupt the marine ecosystem," said Elizabeth as Vice Executives of Marine Science Anniversary.

The last event is a night of solidarity which was held at IPD (Institute Peace and Democration). On this night of solidarity, students and lecturers are also sitting together to witness the top event of the 6th Anniversary of Marine Science Department marked by Tumpeng Cutting. There were band's performances from students of Marine Science as well as video playback of each generation.

Through this anniversary event, the expected output is every student of each generation will be getting know each other, maintaining the kinship and together bringing the Marine Science Department to be more successful. (kezia)