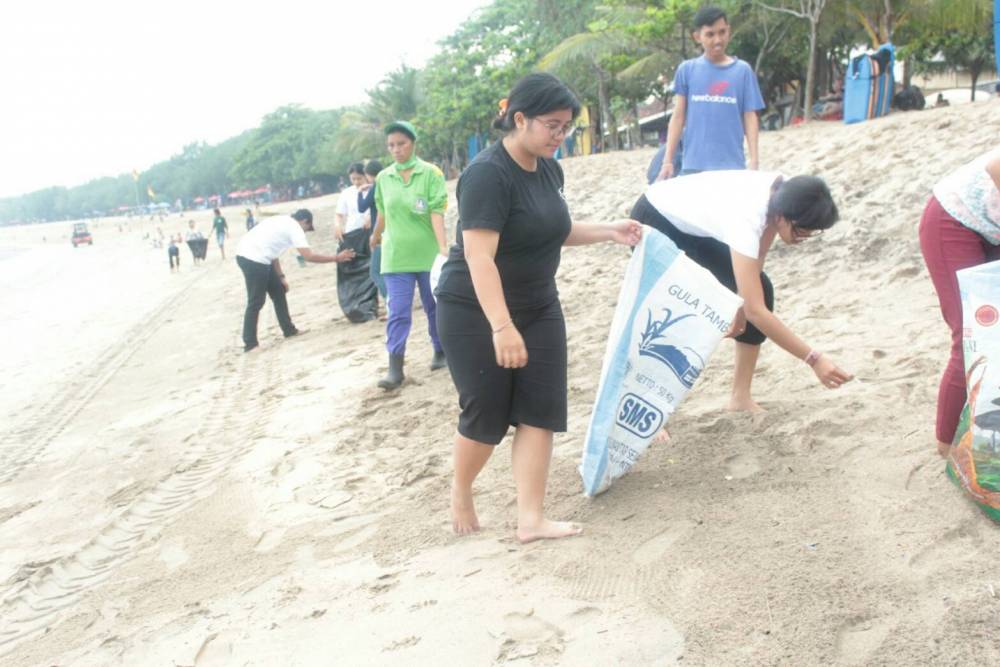 The Action of Beach Clean Up in entering the last month. The action which is the work program of Ministry of Social and Environmental Affairs BEM PM Udayana University was held at Kuta beach. Approximately 50 students attended this event.

Beach clean Up is one of the actions to educate residents especially students to realize the cleanliness in the environment. Previously, this action has been running ten times and this is the last action.

The participants while doing the cleaning action. (Dok)

At the end of the event, the award ceremony was given as an environmental hero from the ministry of social and environment BEM PM Udayana University.  (etong)