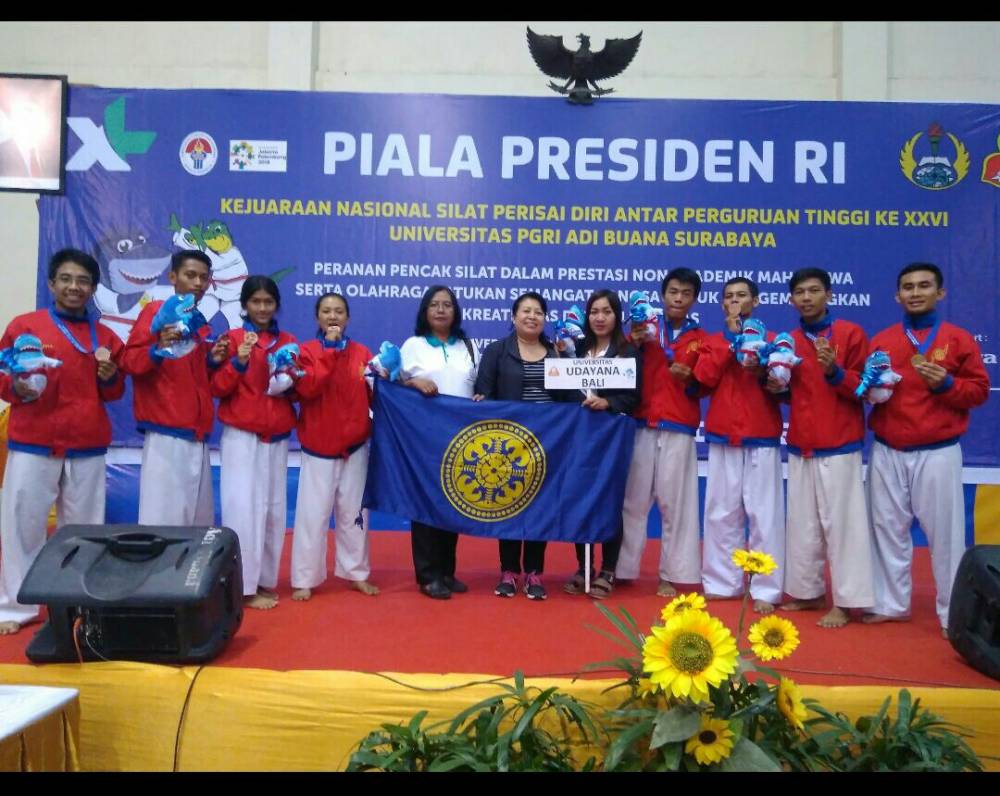 A Photo After A Series Of Matches

Denpasar – Monday (10/10/), Student activity units Prisai Diri Udayana University managed to acquire eight medals in Silat National Championships XXVI/2017 Intercollegiate of the President of the Republic of Indonesia Cup Cycle 2017. This year, the Championship was held in GOR Hasta Brata UNIPA Surabaya Kampus II, Dukuh Menaggal XII, Suarabaya-East Java. In the Championship which ended in early October, a contingent of Udayana University was represented by eight students and the coach. 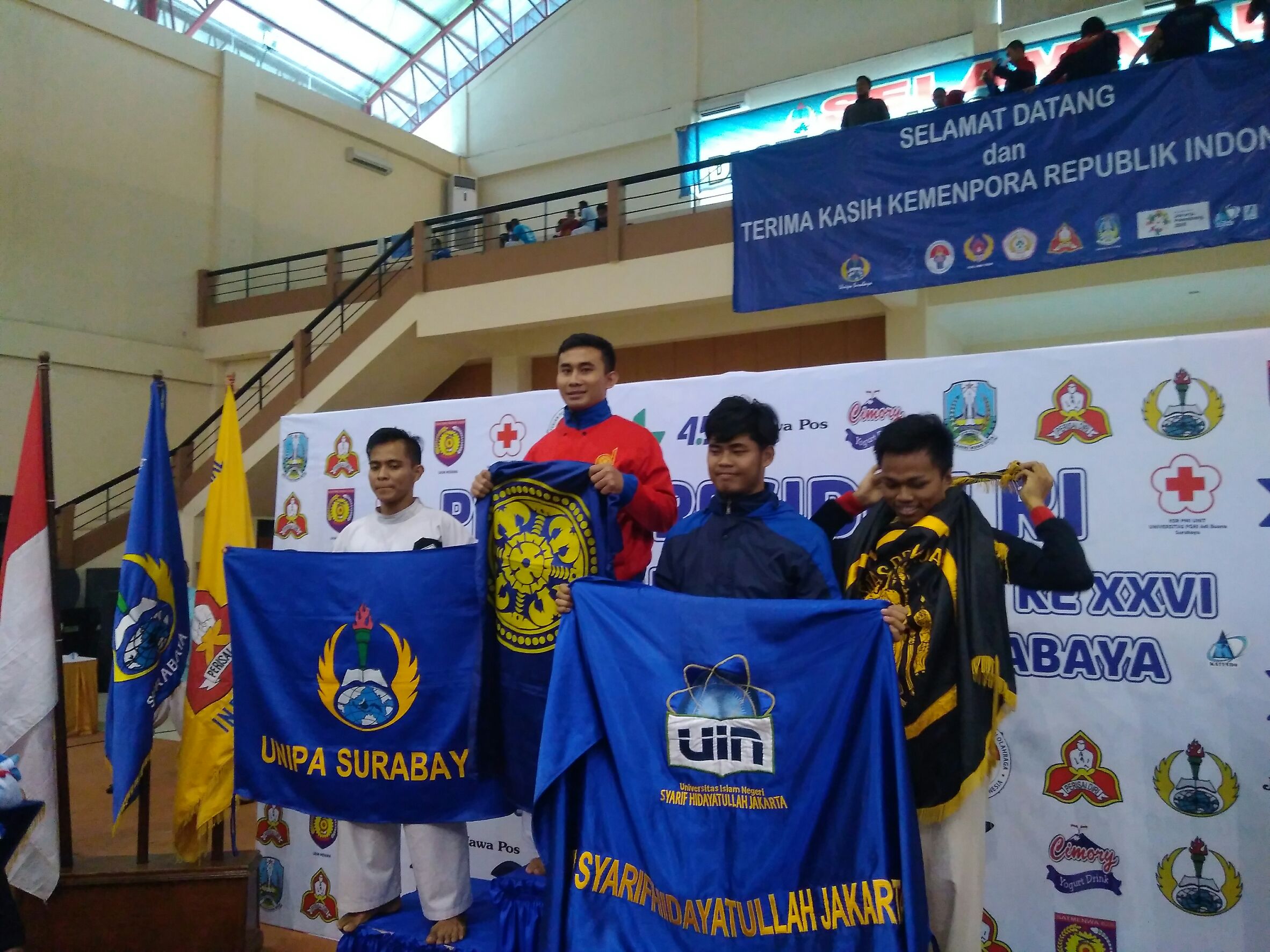 Photos Of The Handover Medals To The Champion