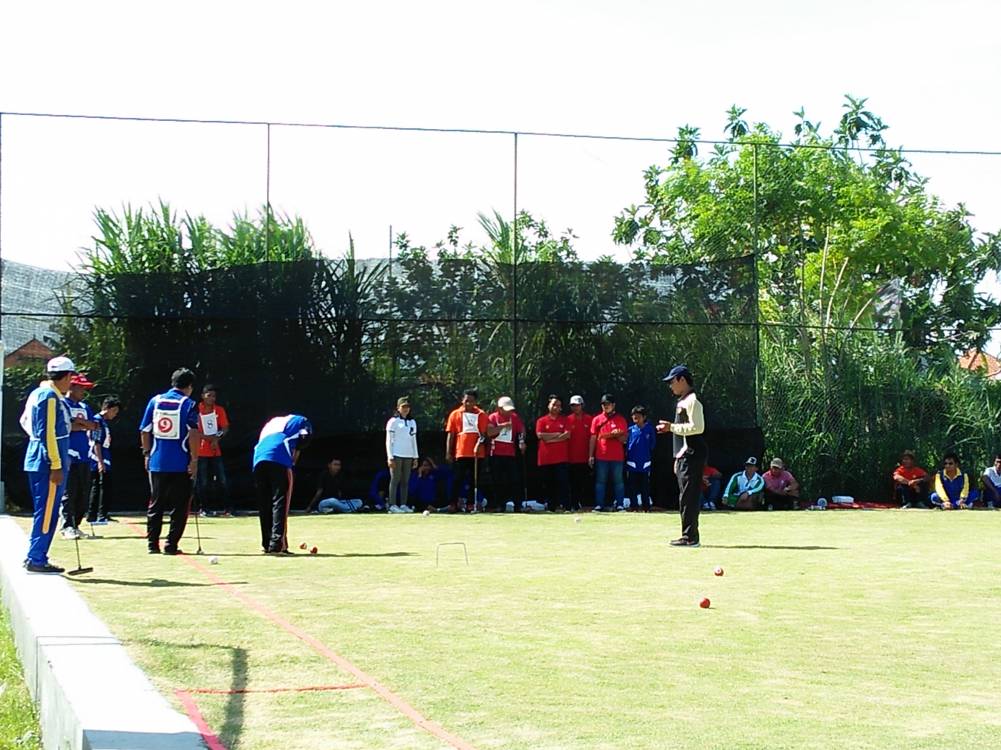 The atmosphere of the Gateball match that took place at Taman Jepun Palace, Denpasar.

Udayana University has a Gateball Student Activity Unit which held a Rector Cup XX event. Through the implementation of the theme was "trust your passion and be a winner" which took place on 23rd of April 2017.

The purpose of the implementation of Rector Cup XX was to introduce Gateball in the community as well as the basis for strengthening the rope fraternity between gateball club in Bali.

Located at Taman Jepun Palace, Jl. Hayam Wuruk 104H Denpasar, the event was attended by 14 teams from various regions in Bali province. Each team that competes consists of 5-10 men, women and mixed. This match used a half-competition system in the allowance and knockout system when entering the top 8.

According to the statement of Wahyu Tantra Setiadi, as the chairman of the committee, he explained that the Rector Cup is one of the work programs of SME Gateball, which held every year. The organizing committees were the members of SMEs Gateball Udayana University.

"I hope that gateball sport will be better known among the public as well as the many clubs that flourished in Bali," said Wahyu. (mimi)