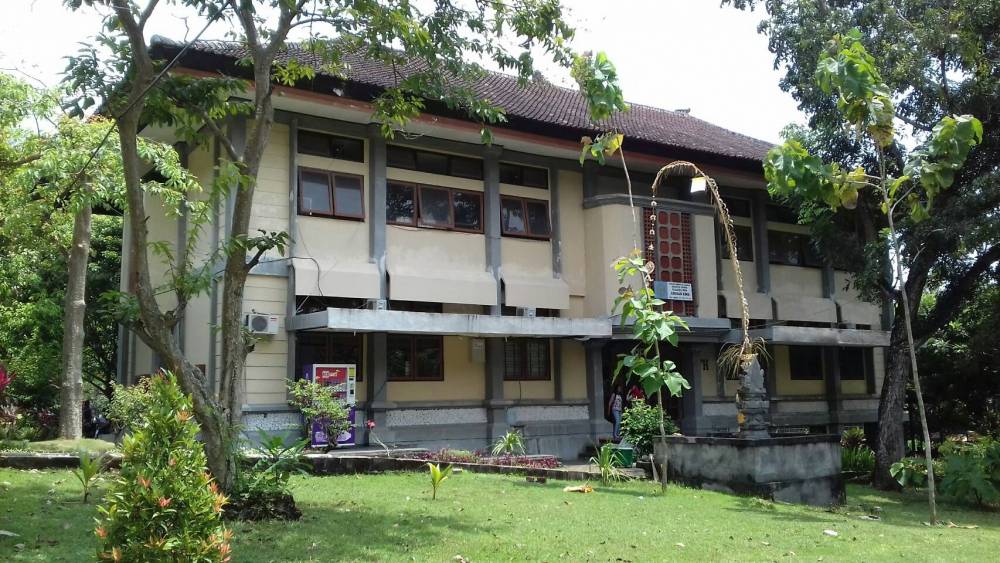 One of the Laboratory Building in Environmental Science Faculty Udayana

One of the Faculty in Udayana University which has a base at Bukit Jimbaran Campus is the Faculty of Mathematics and Sciences (MIPA), which is the basic science in it. The Faculty is formed through several stages, beginning in 1984 formed Chemistry and Physics Study Program. In 1985 formed Biological Studies Program, followed by Mathematical Studies Program in 2000 and of Pharmacy in 2005. In 2006, under the Program of Mathematics, Sciences of computer program . Nowdays, Faculty of mathematics and sciences consists of 6 Program S1 , namely Physics, Chemistry, Biology, Mathematics, Pharmacy and Computer Science; 1 Pharmacists Profession program; and 2 courses S2 namely Biology and Applied of Chemistry. 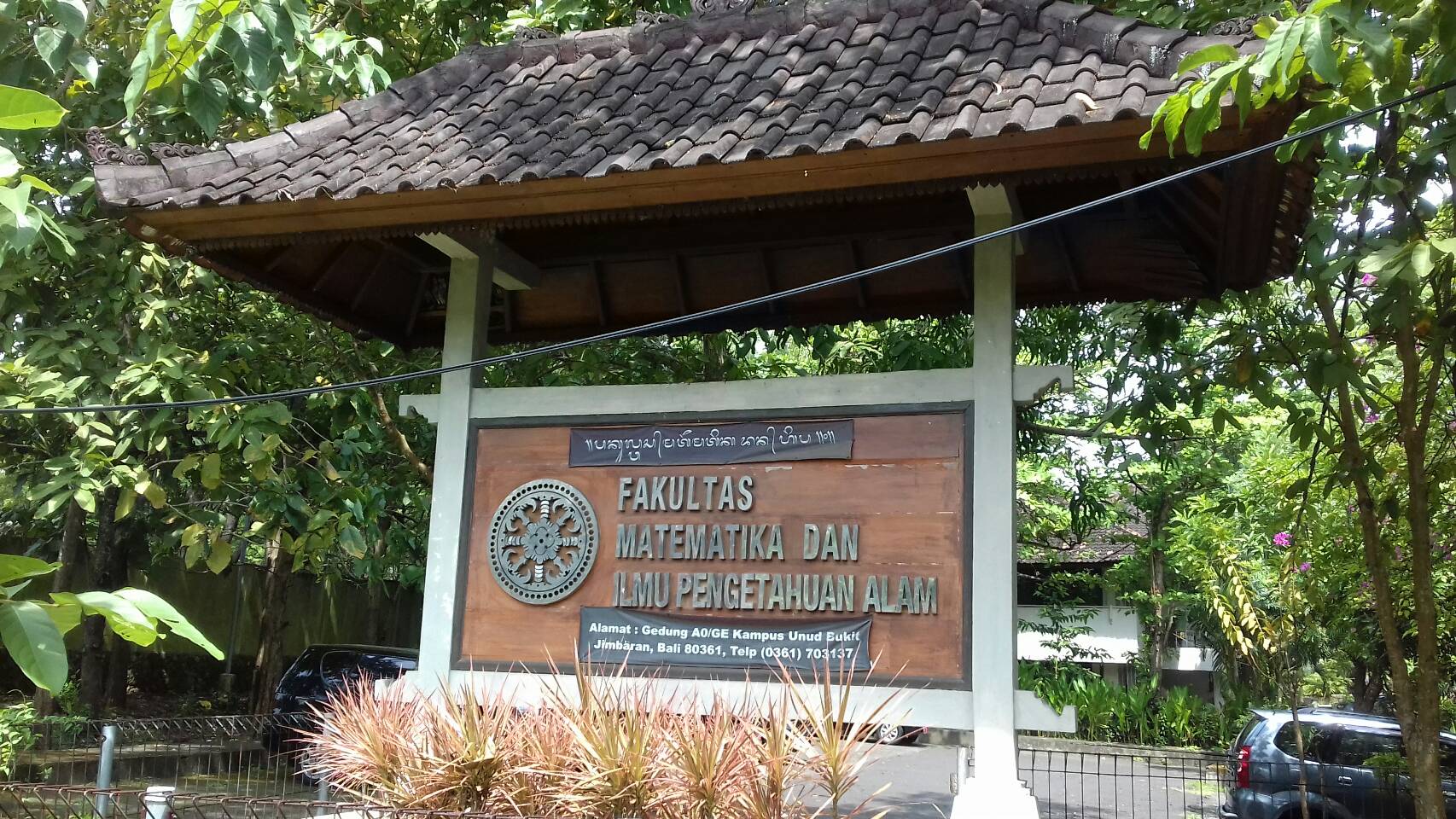 By carrying out the vision of "Making FMIPA-unud as institutions of science and technology development through the deepening of basic sciences and applied sciences, superior, independent, and cultured supporting sustainable development and global competitiveness" Faculty has several missions in order to realize this vision are:

1. Develop of "Tridharma Perguruan Tinggi" in the field of basic sciences quality, superior and responsive and adaptive to the needs of regional and national development.

2. Improving research cooperation in the field of basic sciences at national and international level

3. Creating a superior graduates, independent, moral, competitive in the national and international levels as well as the vision of democracy.

4. optimizing the local potential in developing science and technology in order to improve the welfare of society.

In carrying out the mission, the FMIPA supported by professional human resources personnel, including the staff of lecturers according to new data are 180 people, consisting of 101 men and 79 women. In addition, It is also supported by Administrative staff led by Mr. I Gede Nyoman Kons Sumajaya. There are four sub-sections are sub-administration Academic section, General and Equipment, Personnel and Finance, and Student Affairs and Alumni Relations.

Besides supported by superior human resources, the lectures also supported by various facilities including lecture room, all located in the Campus Udayana University, Bukit Jimbaran. In addition the main components in it, students actively involved in various student activities in order to hone their creativity and develop insights. Some examples of these activities is an Open Day (anniversary of Sciences), Science Camp (introduction FMIPA to high school students), National Seminar, the League of Mathematics, GSAM (degree Welcomes of Young Alumni), LKMM (Training Student Leadership Youth), Go Green, and Charity (Social service).

In this period, dean of the State Udayana University chaired by Drs. Ida Bagus Made Suaskara, M.Sc., he was accompanied by the Vice Dean 1 Drs. I Made Satriya Authority, M.Sc., Vice Dean II Anak Agung Bawa Putra, S.Si., M.Sc., and Vice Dean III Drs. I Wayan Santiyasa, M.Si . When we met in his room, Dean of FMIPA explained that one of the main focus being conducted by the FMIPA community is developing and reviewing scientifically one of local genius Bali in Bali Usada treatment system.

"So nowdays, our main focus is to examine one of the local genius Bali, Usada Bali through research, which all the Program environment FMIPA involved, and become synergy, ranging from identifying compounds, designed it into a finished product, up to a level safety, that's what we're working toward is certainly gradual "he said. Usada Bali is one of Bali's traditional medicine system which includes the various natural materials which are traditionally used for treatment by the ancestors. Compounds from the natural materials began to be studied through various study and conducted by the FMIPA community, eventually will form packaged in a modern medicine that is based on research conducted FMIPA Unud community itself. 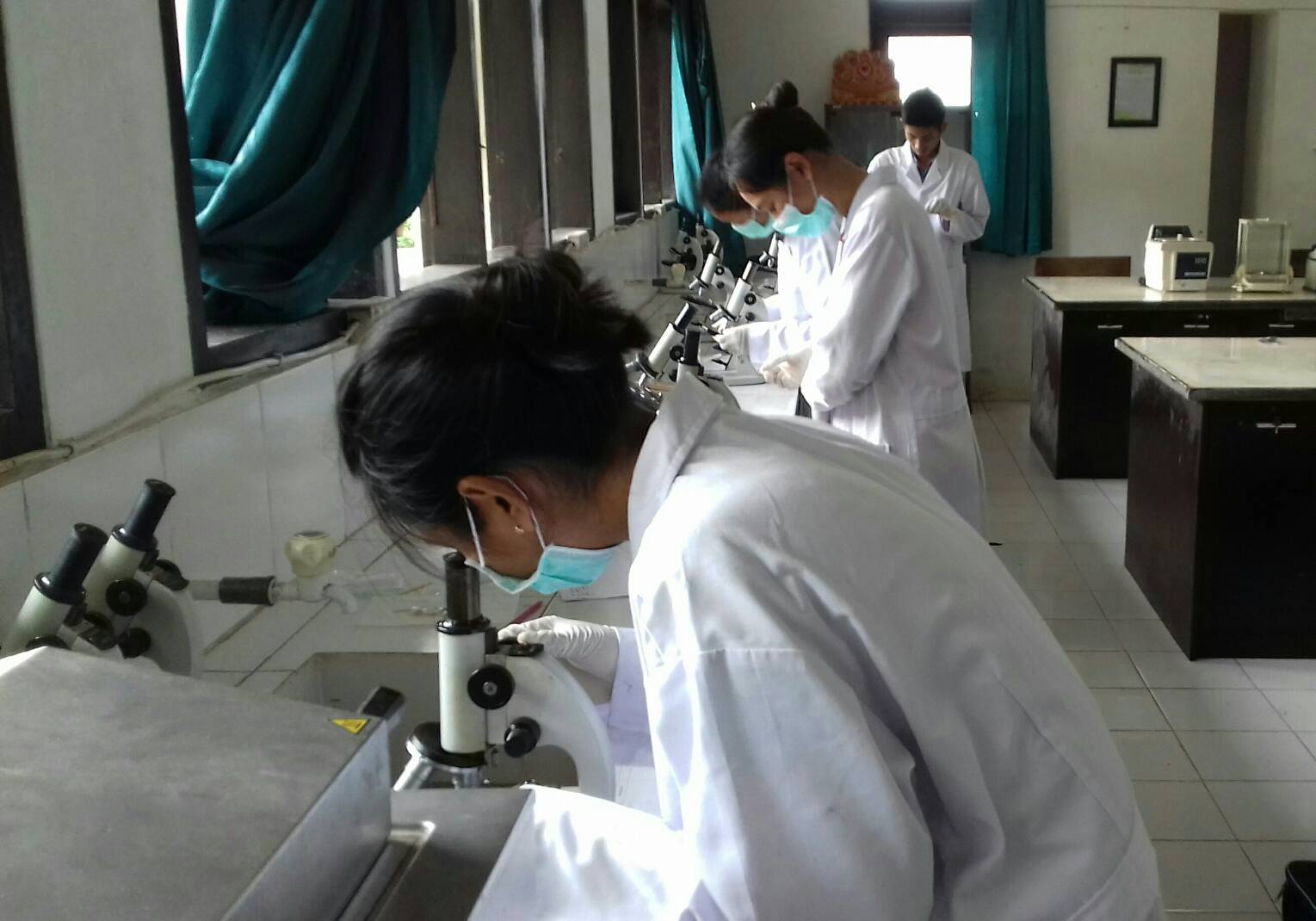 Practicum, one of the activities for student in the FMIPA Laboratory

To achieve these goals, we need the facilities to support, one of them is existence the laboratory, it was noted that each program study in the FMIPA Udayana University as a laboratory contained facilities and a learning tool for students and lectures, particularly in the field of basic science research. In addition built from inside, FMIPA Udayana University will require the cooperation with external parties, various cooperation which has been done , and will be done by agencies outside the Udayana University, such as the National Nuclear Energy Agency (BATAN), Institute of Molecular Biology Ejkman, Director General of Intellectual Property Rights, Research and development Energy and Mineral Resources, Ministry of Energy and Mineral Resources, PT. Indonesia Power UBP Bali, Central Forensic Laboratory of the National Police Headquarters, the General Hospital Center (Dr) Sanglah, Unit of Health Laboratory Bali Provincial Police Hospitals Denpasar, Pertamina Region South Sumatra Regional Operational Field Prabumulih and Hall, Central Forensic Laboratory of the National Police Headquarters Branch Surabaya, the Environment Agency Badung and Denpasar, Oil Clinic Pertamina (Persero) Laboratory Product Unit Lubricants, UPT Laboratory of Development and Quality Testing of Fisheries (LPPMHP) Denpasar, BNN Bali Province, Central Forensic Laboratory of the Police Criminal Investigation Branch Denpasar, and more cooperation. 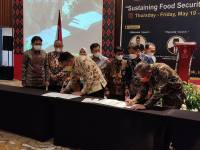