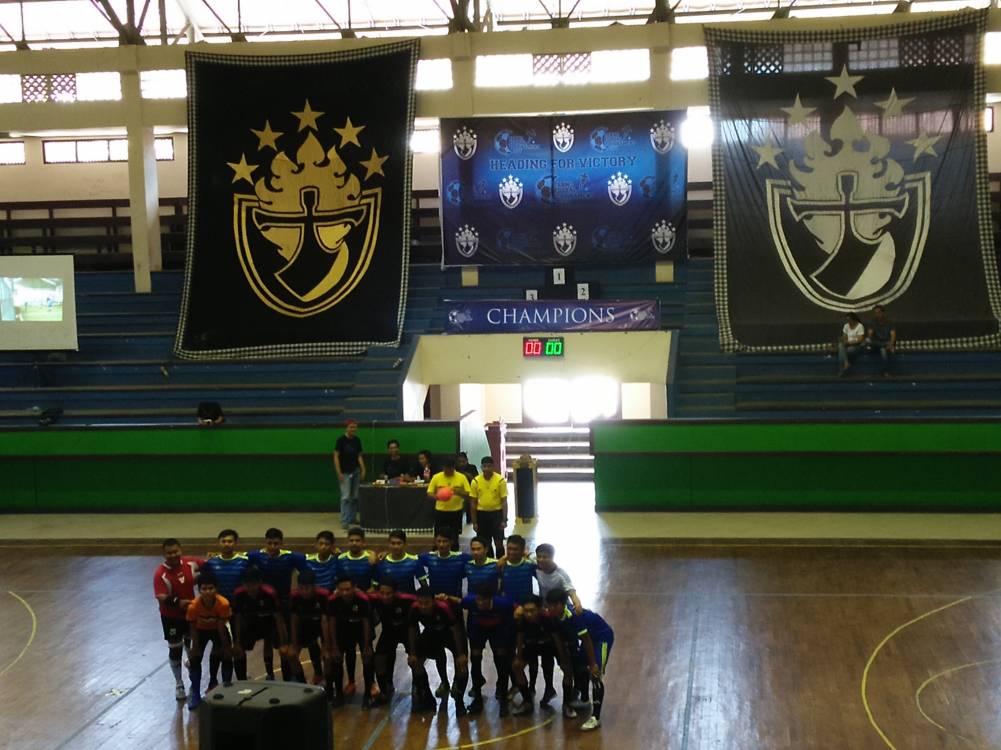 Senate Student, Faculty of Engineering, University of Udayana hold Futsal Tournament which was held from February to March. This activity was on the theme of "Heading for Victory" with the aim of both internal useful to find new players to play in the event in the other match, representing the Faculty or the University. For players themselves, it can be equipped to play in PON and Porprov.

This activity is an annual work program carried out by the students of Engineering. There were three rounds, which were: the round Allowance which took place in Klungkung on February 25th, 2017, Gianyar on February 26th, 2017, Badung regency on March 4th, 2017 and Denpasar on March 5th, 2017, followed by the Semifinals and Final round which took place on March 11th, 2017 in Gor Ngurah Rai.

The participants in the tournament were divided into three categories: Student of SMA / SMK, College Student and General. In the Semifinals and Final sessions there were 12 teams competed for the title of winner. There were three categories of winners in this event, which were: in the General category, in the first winner was Glory A, followed by the second place was The Waal Baliku and the third place was Lenong FC. Furthermore, the first winner for Student category went to Badak FC, the second and the third winner were SISMA and Geranldin. The winner for College Student category: the first winner was IKIP PGRI Bali, the second winner was Faculty of Economics and Business Unud and in third place was STIKOM FC.

"Hopefully, in the next year, there will no constraints happened - constraints that interfere during the match, such as the shortage for the team." Said I Made Anandita Praja Dwitama as the Chairman of the Committee Tekno 2017 Futsal Tournament. (mimi)