BKFK to Hold A Charity Concert 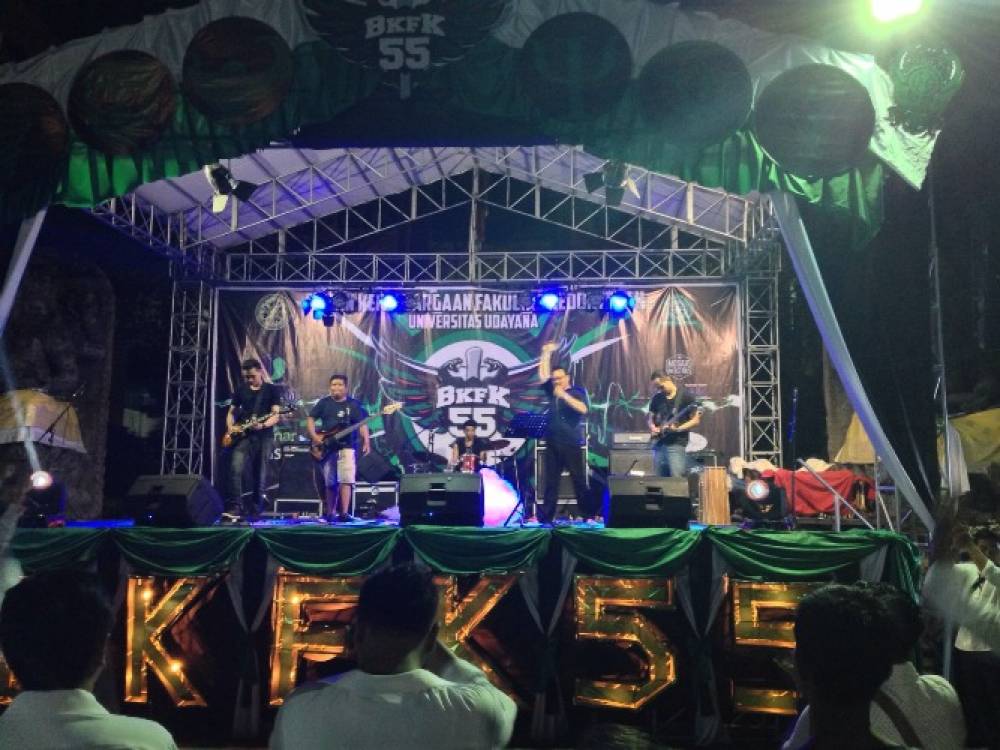 Denpasar, Saturday (04/03)—Faculty of Medical Science Solidarity Council (BKFK) was holding a charity council as part of the 55th anniversary. The charity concert was a new program compared to the previous anniversary.

“We never held a charity concert in the preceding years. Now (this year) is a whole new event.” Said Restu, the chairman of BKFK

He also mentioned that there was no guest star in the concert because the performers would be the students of the Faculty of Medical Science, Udayana University.

“All of the performers are our students. However, in the next year, we will perhaps invite a guest star.”

The students were so excited to perform on the stage but the organising committee had to reject them due to the limit of performers.

Diah Sutarini, the coordinator of the charity concert said that the event was made possible with the cooperation of Students Executive Council (BEM PM) of Udayana University. The profit of the concert will be donated to two villages. One of them is being supervised by Faculty of Medical Science and the other is by BEM of Udayana University.

Faculty of Medical Science has a village under its supervision which located in Trunyan, Kintamani-Bangli Regency. The supervision given could be either in the form of fund or goods. Prior the end of the concert, it was reported that the donation had summed up to 23.342.000 IDR and a lot of useable goods for the daily life. (dessrimama)