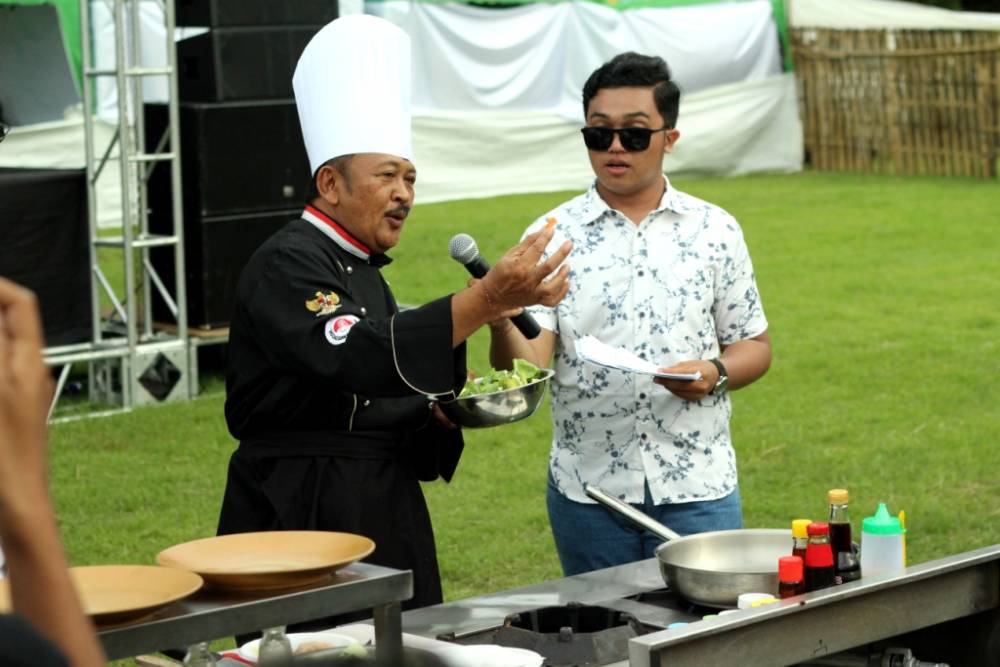 Sanur, Denpasar – Tourism in Bali is very attractive to tourists both domestic and foreign. Tourism in Bali is getting to live with the various events organized by the tourism actors. That was what inspired the lectures and students of D IV, 2014 generation, Faculty of Tourism, Unud, to keep on innovating. One of them is by applying the knowledge gained during his subjects MICE (Meeting, Incentive, Convention, and Exhibition) in an event titled "Tastory". 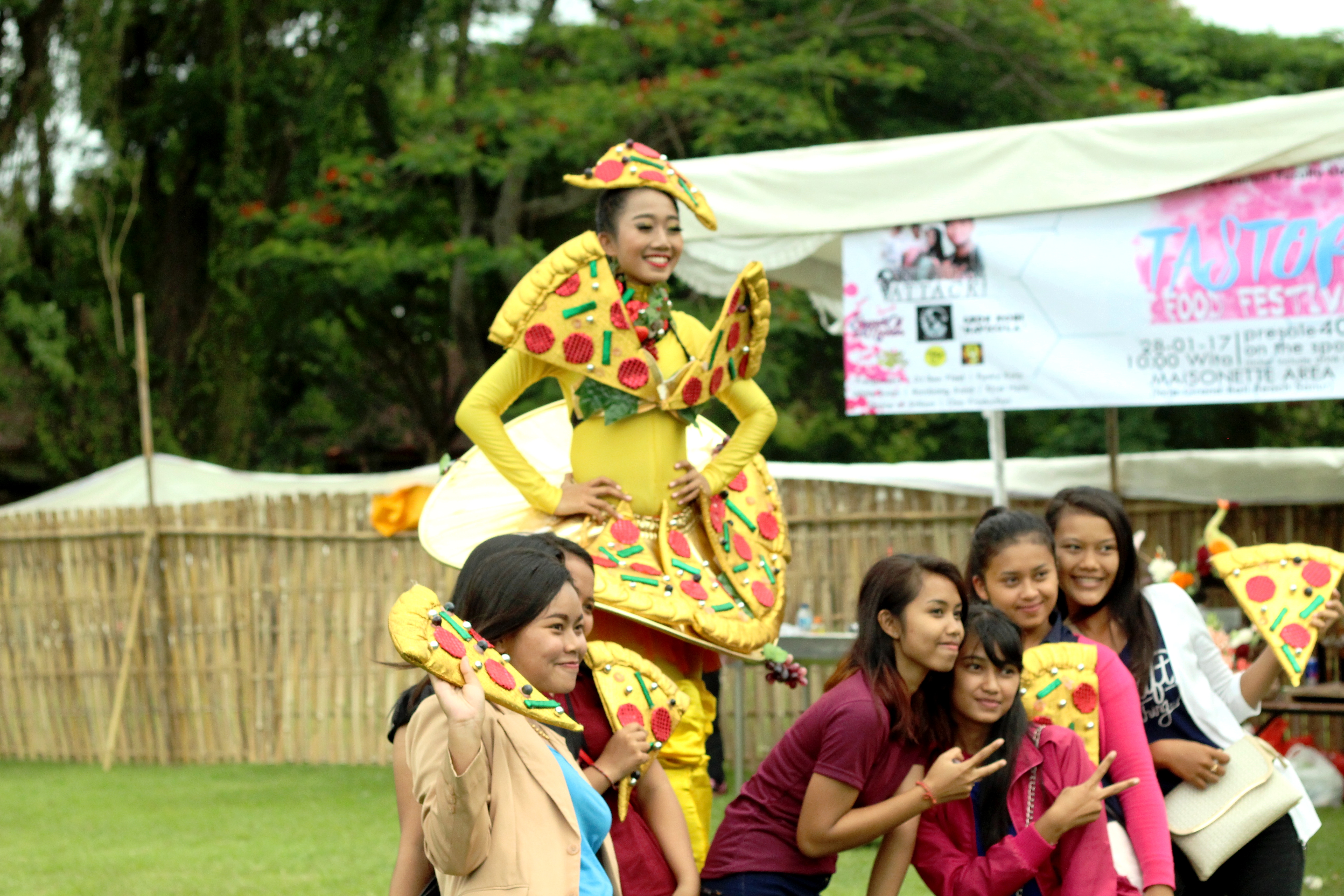 Tastory event was held on January 28th, 2017 and took place in Tiananmen Maisonette Inna Grand Bali Beach Sanur. The word "Tastory" is an acronym of the words "Taste" which means flavor and "Story" which means story. This theme aimed to have visitors who came to enjoy every flavor of foods and beverages served by dozens of booths and also some food-truck, which were opened in the food festival, and it will have its own story to remember. 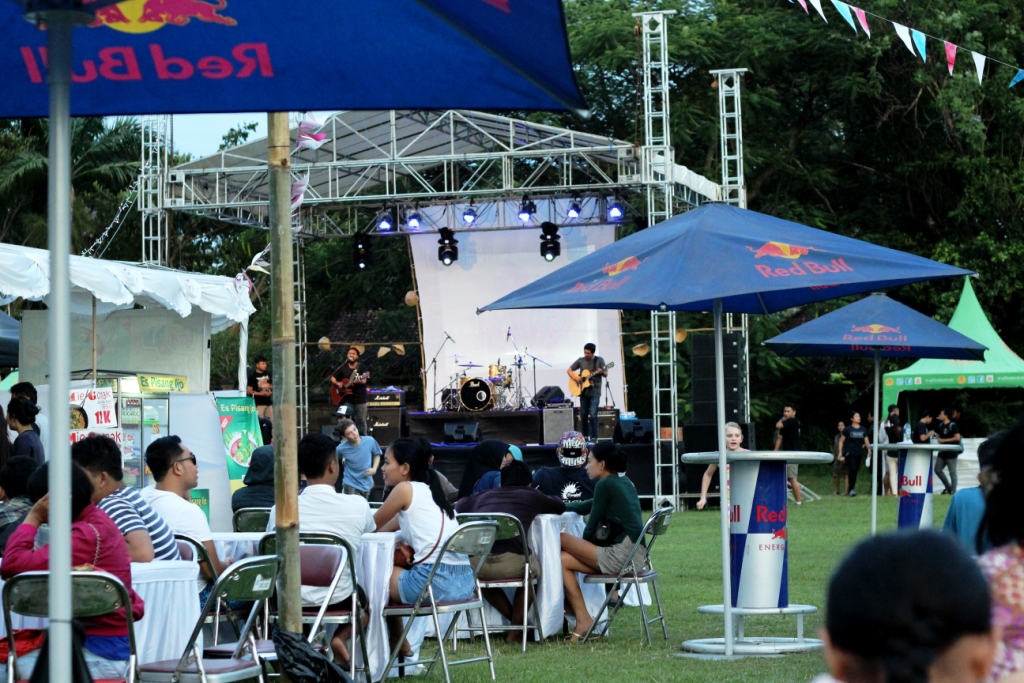 This event began in the morning with various activities, one of them was coloring contest titled "Kid's Colouring Competition". In addition there were also other activities such as fruit carving, juggling and cooking demonstrations by Chef Jelantik. On the main stage there was a variety of entertainment that also enliven the event, ranging from bands, DJ performances, dance, dance cover, up to the theater. Before the appearance of some entertainments, there was also a speech from Ni Made Ariani, S.E., M.Par. as a chairman of Tourism Studies Program D IV. In her speech, she highly appreciated the performance of their students of D IV, especially 2014 generation, in the department of Tourism in capable of organizing this event. According to her, this kind of event could train cooperation and opened the minds of students to be better prepared for the world of work, because in the world of work course there would be problems far more serious.

Met on the sidelines of the event, Mahendra Adi Tama, as the Tastory chairman of the committee said that he and friends totaling 73 people, were challenged to create a new event namely food festival. "I think most food festival event in Bali organized by the government, which is why we as a student willing to take steps to realize and apply the MICE subject as the festival food concept that is rarely done by the students" said Mahendra. In the future, he hopes the MICE subject could make another new events and also make the students cooperate with each team. He also would like to thank to all of those who have supported this Tastory event. "First of all I thank the God Almighty, then to the Head of the Study Program, Mrs. Ni Nyoman Sri Aryanti, S.ST.Par, M.Par. as a lecturer coordinator of MICE subjects, committees, all sponsors and media partners and all parties that I cannot mention one by one" closed Mahendra. (mimi)